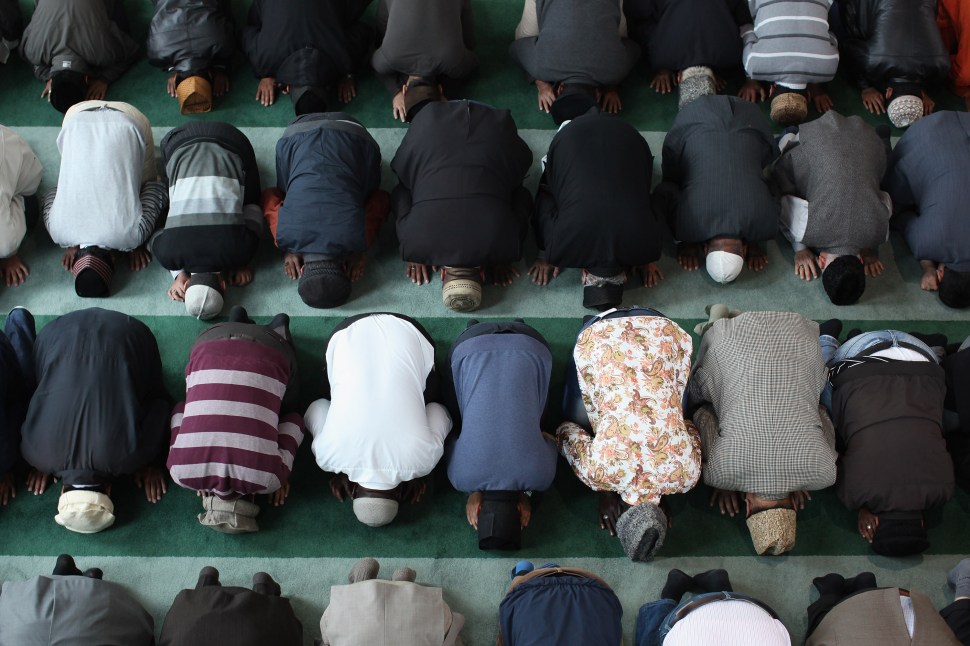 Muslim men pray after a speech by the Islamic Khalifa, September 21, 2012 in London, England. (Photo by Dan Kitwood/Getty Images)

In a recent solicitation email to supporters, the Council on American-Islamic Relations (CAIR) attacked Jewish philanthropist Nina Rosenwald for donating to “groups that exist to make people fear and hate Islam.”

Referring to Ms. Rosenwald as “a Sears, Roebuck fortune heiress,” the email cites Ms. Rosenwald’s 2013 contributions totaling $1,057,000 to “Islamophobic groups.” The self-described “civil rights and advocacy group” chose Ms. Rosenwald as an example of “the U.S. Islamophobia network [that] has people ready to throw buckets of money around to support anti-Muslim hate.”

Seeking clarification of CAIR’s reference to Ms. Rosenwald in its fundraising email, I posed the following questions to the organization in an email:

“Is Rosenwald the largest fundraiser of ‘groups that exist to make people fear and hate Islam?’  If not, why target her instead of the bigger donors?  Does her name or history help fundraise with your supporters?”

Corey Saylor, Director of CAIR’s Department to Monitor and Combat Islamophobia response in its entirety: “Rosenwald is not the largest funder of Islamophobia in the U.S. The email was written as part of our annual update of our information on anti-Islam groups. That review just started, Abstraction Fund is early in the alphabet.”

Ms. Rosenwald told me she regarded CAIR’s attack as “a badge of honor.” In an exclusive interview, she said:

“While CAIR does some fine things, such as recommending evacuating U.S. civilians from Yemen, the government of the United Arab Emirates recently listed the Council of American-Islamic Relations as a terrorist organization. Further, at least five of its employees and board members have been arrested, convicted, deported or linked to terrorism-related charges or activities.”

Unfortunately, despite its pastoral mission statement, CAIR seems to exist to stifle a free and open exchange of ideas about Islamic theology and human rights.  Rather than working to improve the lives of innocent Muslim women and children who suffer across the Muslim world, CAIR officials have worked to fundraise for recognized terrorist organizations, such as Hamas.

Mr. Saylor noted, “Like every public institution, we have our critics.”

Mr. Saylor continued, “If CAIR were involved in illegal activity, then we would be in jail. Instead, CAIR is a legally operating U.S. entity.” He added, “CAIR is not the government and therefore has no actual power to ‘stifle free speech.’ Like other citizens, we have the right to voice our opinions. This is not unusual among advocacy groups and I am unsure why our use of free speech gets labeled as problematic.”

Ms. Rosenwald is president of the Gatestone Institute, a self-described “non-partisan, not-for-profit international policy council and think tank.” In response to CAIR’s claim that she funds “fear and hate” of Islam, Ms. Rosenwald told me that “Gatestone Institute has many Distinguished Fellows and authors who are serious Muslims; we consider it a great honor to further their views.” 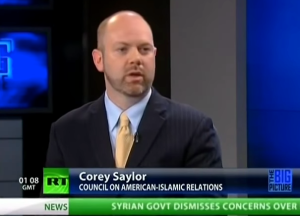 Dr. M. Zuhdi Jasser, founder and president of the American Islamic Forum for Democracy (AIFD), serves on the Gatestone Institute Board of Advisors. He told me, “CAIR’s libelous implication that Nina supports bigotry against Muslims in my experience could not be further from the truth.”

Dr. Jasser continued, “It goes without saying, but to those who may not know Nina, and having known her now for many years, it is clear to me that she has the highest respect for Muslims who love their faith, love God, and take seriously our Islamic responsibility to defeat the global jihad and its Islamist inspiration. In all of my interactions with her, it is clear to me that her philanthropy is dedicated to supporting those who are working tirelessly to defeat the global jihad, protect our national security, and counter the ideas of political Islam (Islamism).”

Mr. Abu Toameh, who won the 2014 Pearl prize for journalistic courage, told me, “Nina’s chief goal is to encourage and support progressive Muslims who believe in peace and respect other religions. She is also a strong advocate of human rights and freedom of speech for Muslims and Arabs. The claim that she promotes hatred of Islam is not only baseless, but also ridiculous and outrageous.”

Distinguished Senior Fellow with Gatestone and President of the Council for Muslims Facing Tomorrow, Raheel Raza, echoed that thought: “Nina has been totally responsive and respectful of my ideas as an observant Muslim and has supported my writings about spiritual Islam promoting critical thinking.” 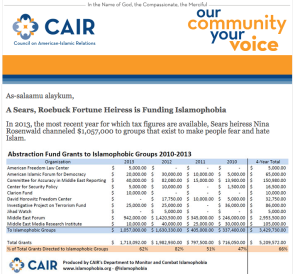 “CAIR monopolizes the narrative and traps many unsuspecting Muslims into a trance of victimhood. Any ideas coming from other groups, especially non-Muslim groups, are suspected as being Islamophobic,” explained Raza. “If Muslims guided by CAIR could take the time to read and reflect on efforts of people like Nina, they would broaden their horizons and gain a lot of insights into the betterment of Muslims. If CAIR were to look into a mirror, either the mirror would shatter or they would see a very ghastly image.”

“CAIR and its graduates are constantly appearing on foreign media venues (like Iran’s PressTV) proclaiming the bigotry of America against Muslims, fueling the radicalization of global jihadists,” said Dr. Jasser. “CAIR, per their corrupt standard operating procedure, instead has a scorched-earth policy deploying ‘hit jobs’ on their ideological antagonists. They have the gall to even compare my work and our love for Islam and the US to the KKK. I guess someone needs to tell all the anti-Islamist millions of Egyptian Muslims who went to the streets in June 2013 against the Muslim Brotherhood in Egypt that they are all anti-Muslim bigots!”

Mr. Saylor was dismissive of Dr. Jasser, arguing that “American Islamic Forum for Democracy supported an Oklahoma law that violated the First Amendment and targeted Islam for government censure. CAIR sued Oklahoma and the courts ruled that the law was indeed unconstitutional.”