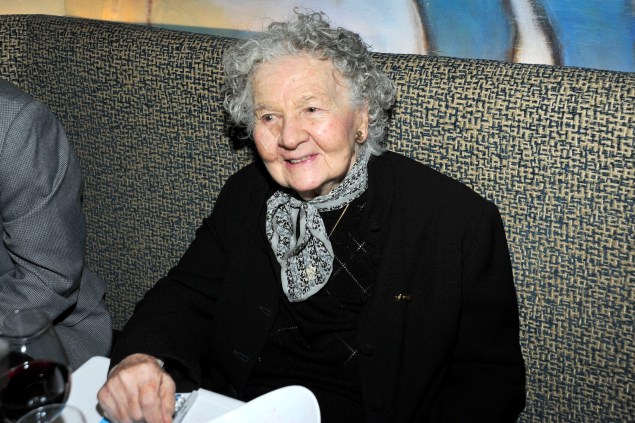 As Liz Smith wrote the other day, you can get in a fistfight for saying that Lillian Ross had a right to publish Here but Not Here: A Love Story, her memoir of her long adulterous romance with the late William Shawn. Leading critics have called her tasteless and cruel just for telling her story. Couldn’t she have waited till everyone was dead, herself included? Stuffed it in the breadbox with Billy Budd?

And meantime, everyone has secretly responded to the book’s splendiferous portrait of the magus of West 43rd Street. Watch as the passionate Mr. Shawn steals off to Grossinger’s in lemon-yellow bathing trunks and a British racing green Triumph TR-3. “She’s brought this man to life,” says the writer Susan Cheever. “And you could argue that she’s done a great service.”

My interest here is Cheever-esque. When Susan Cheever’s father’s journals were published in 1991, they pained some of his intimates but did a lot to enlarge our understanding of marriage. John Cheever had made a lifetime commitment to his wife Mary, but that didn’t rule out numerous passionate affairs. I hoped Here but Not Here might explore the issue from the lover’s standpoint.

According to Ms. Ross, the Shawn marriage was not a happy one. Most of her references to the Shawn household are negative. The Shawn home was “hurtful,” a place of “complications,” a place where Mr. Shawn was “being punished.” “He told me over and over again of his guilt and distress in his home with his wife … He said that his real self was not in his home,” Ms. Ross writes. “He told me he prayed for Cecille to find a real life for herself.”

Apparently, the “happy” marriage was to Ms. Ross. “He told me over and over again that I was, in fact, his wife”–something Ms. Ross tells us over and over again. “As in any ceremonial joining, we made sacred pledges to each other about the exclusivity of our bodies and of our spirits.”

Welllll. That’s where I got off the bus.

I have no romance about family life. Who can, it’s so often miserable. But if you’re not a child, membership is voluntary, and Mr. Shawn and his wife maintained their household for well over 60 years, till death did them part. I wondered how much of Ms. Ross’ dismal report is based on the lies or half-portrait that a husband offers a mistress, telling her what she wants to hear so she’ll stick around in the hope that she’ll someday ease the other dame out. (Yes, Mr. Shawn.)

For another thing, this account is short on detail. Ms. Ross describes Mr. Shawn shuttling back and forth between “our” apartment and the apartment he shared with Cecille 10 blocks north, at Fifth Avenue and 96th Street, but never says just how often Mr. Shawn slept over. There are few dates in her book, and some of those dates have Thucydidean precision; her 10th anniversary with Mr. Shawn was “the 1960’s.” Then there are the stretchers, like the assertion that she raised her adopted son Erik with Mr. Shawn’s “full parental participation,” including going to long parent-teacher meetings. The New Yorker editor was then pushing 70. For all her greatness as a reporter, I wondered if Ms. Ross wasn’t fooling herself.

I decided to look into it. Earlier this summer, I wrote letters questioning Ms. Ross’ take on the Shawns to Cecille Shawn and her two sons, Wallace and Allen. Mrs. Shawn didn’t respond, and her sons sent me polite No’s. “If you were sitting next to me on an airplane & said those things, I’d probably respond in some way, but I have no desire to address the public on those topics–particularly right now–” wrote “Wallace S.” in a small handwriting reminiscent of his father’s.

The original’s hand can be found in Chambers Street, on his will in Surrogate’s Court in Manhattan. Mr. Shawn signed it in 1988, four years before his death. “I give all my tangible personal property, and any insurance on such property, to my wife, Cecille L. Shawn, or if she does not survive me, to those of my sons, Wallace M. Shawn and Allen E. Shawn, who survive me, in shares of substantially equal value,” it reads, with the trademark “WS” at the bottom of each page. And nary a word about Lillian Ross or her son.

A second document was signed by the person Mr. Shawn named his executor: his widow. In petitioning the court to affirm the will, Mrs. Shawn had to state who “would take the property of the decedent if there were no will.” She listed 1 spouse, 3 marital and/or adopted child or children, and put an X in the box for nonmarital child or children, indicating that there were none. So much for the happy family, 10 blocks south.

Probate took months. The court was concerned about Shawn’s third child: daughter Mary Shawn, who is retarded, but was not named in the will. Lawyers had to explain the omission. A guardian reported that Mr. Shawn had established a trust for his daughter “with a lump sum payment he received upon his retirement” (presumably a reference to his firing from The New Yorker by S.I. Newhouse Jr. in 1987).

“I conclude and report … that the decedent knew the natural objects of his bounty,” the guardian said.

Now Mr. Shawn was a man of great decorum. Yet if, as Ms. Ross asserts, he was married in spirit to another woman and wanted that life known to the world, might he not have left some inkling in these documents? Might not Cecille Shawn, who had the grace to summon Lillian Ross and her son to her husband’s deathbed to say goodbye on Dec. 8, 1992, have named the two as people who would, absent a will, make a claim on the estate?

Other suggestive details have emerged in Ms. Ross’ interviews. In the latest issue of Mirabella , she notes that she wasn’t included in Mr. Shawn’s funeral arrangements (in contrast, say, to François Mitterrand’s mistress). And in her interview with Liz Smith, she says her book is absent any of Mr. Shawn’s many love letters because his words “belonged to him.” But Ved Mehta’s recent book, Remembering Mr. Shawn’s New Yorker: The Invisible Art of Editing, reproduces pieces of Mr. Shawn’s writing (which was wonderfully delicate and insightful) and thanks Mrs. Shawn for permission to quote material from “the Shawn papers.”

Did Ms. Ross’ spiritual and bodily partner fail, in death, to enable her to use his letters? How sad.

My point is not to diminish Ms. Ross’ love for Mr. Shawn, or his for her. My “facts” offer only the narrowest window on what I believe to be a special loving relationship. But it’s the endless “wife” talk and the hurtful life on Fifth Avenue that beg the question.

In July, I wrote to Lillian Ross asking her whether Mr. Shawn had made any financial arrangements for her. We proceeded to have several animated phone conversations, but Ms. Ross declined to be a party to this article. I can report, however, that she was energetic, buoyant and humorous. She is unpretentious. She has a splendid voice, filled with mettle.

It’s no wonder that the famously phobic Mr. Shawn, nested with neurotics, was drawn to Ms. Ross. Her father had escaped twice from Siberian prisons, and Lillian inherited his bravery, going as a reporter where no one had been before. She was a smoker and a speeder, she was drawn to men of action. Meek Mr. Shawn lived a life of buried passion (and some passive aggression, too, to judge from certain stories). At the time he fell in love with his employee, he was in his mid-40’s with an older wife and three young children; Ms. Ross was (my guess, the lady doesn’t say) in her 30’s. She was also useful. Mr. Mehta says she served as Mr. Shawn’s “special eyes and ears.”

Ms. Ross had the personal strength to be his longtime lover. She is a loner. She went to the movies by herself as a child and came to look on marriage as “intolerable.” One of only two fights she says she had with Mr. Shawn was over President John F. Kennedy’s marriage, which she felt was something of a sham, but he felt her view was unfair. As a young woman, she declined to give up her career for attachment to a doctor in the suburbs.

“I wished to go on being a selfish, quiet, dedicated, and free writer,” she writes.

Ms. Ross hates the word “mistress” (and “companion” wasn’t good enough, either), but her book makes a hidden argument for mistresshood. As my wife likes to say, there’s surely something to be said for the mistress slot: You don’t have a dependent man hanging around; you don’t have to pick up his socks (or catheters), or (my wife’s job) hold his hand through his emotional terrors; you have plenty of time to yourself and your career; and when he’s around, he’s courting you. Presents without presence. Ms. Ross’ independent spirit flourished under these conditions. She didn’t complain.

But Mr. Shawn’s love letters now belong to the real wife. And that’s not all. Famously mingy and pious about money with the staff, Mr. Shawn did not flinch at a golden handshake with the Newhouses in 1987. The principal asset listed in Surrogate’s Court is a “Pension benefit on behalf of The New Yorker Magazine Inc., payable by Advance Publications Inc.,” valued at $1,051,100 in 1992. That million bucks is presumably just part of the lump sum Mr. Shawn was paid on his firing. It passed to his “beneficiary,” Mrs. Shawn.

Ms. Ross’ bravery has taken her far in life, but the flip side of that is toughness, a lack of intellectual subtlety. The sensitive Mr. Mehta says Ms. Ross has a “touch of the bully,” and that’s where she should be faulted, for trying to manipulate her public. Having written a seditious book about marriage, she should have owned her job title, “mistress,” and taken an honest look at its terms. In doing so, she might have changed our understanding. She might have forced us to rethink bourgeois arrangements in the way that John Cheever did–or for that matter, Quentin Bell did, describing his parents’ many affairs in his delightful book, Bloomsbury Recalled .

And she might have gotten what in her later years she seems to crave, the respect of polite society.