Two days after celebrity money manager Dana Giacchetto put on a silly hat and surrendered to the F.B.I. on charges that he had bilked his clients out of more than $6 million, comic Jerry Stiller gripped a vodka martini at a premiere party for his son Ben Stiller’s new movie, Keeping The Faith. The ice in his drink was almost all melted, and his son was in a clatch of young people just a few feet away.

“I never knew about it until I read it yesterday,” said the elder Mr. Stiller. He was referring to a Daily News story that had run a smiling picture of his son under the heading, “Who Lost What.” The article had reported that Mr. Giacchetto had allegedly used $250,000 of Ben Stiller’s money to buy artwork.

Père Stiller stared at the cocktail onion floating in his glass. “Ben doesn’t talk about these things with me. I said to him, ‘Where’d you get $250,000?’ My God!” Mr. Stiller took a little sip. “He did call us and say, ‘Don’t worry Dad. I didn’t lose anything, which did relieve me. You know, a quarter of a million is not chicken feed!” Mr. Stiller shook his head. “I think sometimes that maybe I shouldn’t have taught him how to play Monopoly when he was a kid. You can be railroaded into poverty if you don’t watch your step.”

At the bar, the younger Mr. Stiller didn’t seem eager to talk about Mr. Giacchetto. “I didn’t get hurt by that guy, so I’m lucky,” he said, slowly edging away from the Transom. “I got my money out six months ago. I probably shouldn’t talk about it anymore.” Nearby, magician David Blaine was saying how he’d gotten his money out two weeks before, and how Mr. Giacchetto had made him 30% on top of his investment. “He did all right for me,” he said. “This thing’s been blown all out of proportion.”

Mr. Stiller and Mr. Blaine are among the lucky ones. They, like toothy boy-stars Leonardo DiCaprio, Matt Damon and Ben Affleck were likely high-fiving each other and celebrating that they had taken their dough out of Mr. Giacchetto’s money management firm, The Cassandra Group, before Mr. Giacchetto spent it at Balthazar.

But then there were the losers of the group, who for reasons of either devotion, or plain ham-headedness, stayed with Mr. Giacchetto despite last winter’s spate of negative stories in the Los Angeles Times, New York Magazine, Vanity Fair, The New York Observer and other publications. Those who lost money are very angry, and the lawyer of one of Mr. Giacchetto’s unhappy customers says his client was told by an S.E.C. investigator that the commission was curious about the roles of both Brown & Company, the brokerage firm where Cassandra clients kept their accounts, and U.S. Trust, the bank where Cassandra maintained its primary checking account, in this matter.

Among those who stuck it out all the way into the troubled month of March—weeks after the press and the grapevine had been scrutinizing Mr. Giacchetto—were B-52 lead singer Fred Schneider, a couple of photo-realist painters named Robert and Cara Ginder, and Talk editor at large and Tina Brown protégé Gabé Doppelt. Though sources close to the situation contend that Ms. Doppelt ultimately “did well” by Mr. Giacchetto and got the last of her money out from Cassandra in mid-March, Mr. Schneider and the Ginders were not so lucky.

According to Securities and Exchange Commission documents obtained by The Transom, from Feb. 2 to Mar. 20, Mr. Giacchetto allegedly withdrew $339,000 from Mr. Schneider’s Brown & Company account. The S.E.C. records suggest that Mr. Giacchetto used the money to pay for, among other things, a $5,000 donation to the New York Police Scholarship Fund, American Express bills totaling $151,000 and a $12,000 down payment on a Mercedes-Benz. Those same documents allege the Ginders were depleted of nearly $200,000 in the same period; and that Ms. Doppelt lost, and was later repaid, $75,000.

How could they have been so gullible? One high profile publishing professional who used Mr. Giacchietto’s services into this year, claimed to have suspected that something was askew, but was never able to confirm those suspicions. “After my first meeting with him seven years ago, I told a friend that I thought one day I’d pick up the New York Post and see him upside down with an orange in his mouth wearing crotchless knickers,” the source said. “Then I gave him my money.”

Brown & Company phone records obtained by the S.E.C. indicate that Mr. Giacchetto gained access to his clients’ funds by personally phoning the brokerage house and requesting overnight delivery of checks cut in the names of his clients. When the checks arrived, always via Federal Express, Mr. Giacchetto would simply add his signature to the backs of the checks. U.S. Trust would then deposit the checks into Cassandra’s primary checking account, which enabled Mr. Giacchetto to use the funds to attempt to make ends meet.

There was even a little left over the following month to mail E Street Band guitarist and Sopranos star Steve Van Zandt $100,000. Then in November, he allegedly took $100,000 from art dealer Marianne Boesky and sent it right off to bony actor Tim Roth. One hundred thousand dollars from artist David Salle’s account allegedly went toward paying Alanis Morissette $3,600; a half million dollars of Phish’s retirement fund repaid Ben Stiller the quarter million he was missing. In January 2000, the $250,000 of a gentleman named Gordon P. Baird, Jr. allegedly helped pay producer Stacy Sher $251,033.

S.E.C. documents reveal that the scheme began catching up to Mr. Giacchetto. On Oct. 7, his account was overdrawn by $1,183,198.33, before he allegedly dipped into seven accounts (including that of Lolita screenwriter Stephen Schiff) for over $1.1 million.

Then, in November, many of the stars—including Mr. Maguire and Mr. Stiller—smelled trouble, took their money and ran.

Why did a few clients stay? Mr. Schneider did not return several messages left at his Wainscott home. His business manager, Victor Wlodinguer, said only, “the work of our clients is of a confidential nature.”

Having swum with the sharks at Condé Nast, wouldn’t Ms. Doppelt have smelled blood in the sooner? According to a source close to Ms. Doppelt, she was both a friend and a client of Mr. Giacchetto (Mr. Balazs introduced Ms. Doppelt to Mr. Giacchetto; Ms. Doppelt, in turn, encouraged painter Ross Bleckner to throw some money into Cassandra.).

The source close to Ms. Doppelt said she was discouraged when Mr. Giacchetto did not reply, and doubly peeved when, during the holiday season, she received, separately, three copies of An Echo in My Blood: The Search for a Family’s Hidden Past as Christmas gifts from Cassandra.

At that point, Ms. Doppelt began looking around for another money manager. She put Cassandra on notice that she was terminating her relationship with the company, but, according to the source, before Ms. Doppelt could transfer her money from Cassandra’s control, her accountant noticed that on February, 16, $75,000 had disappeared from her account.

Ms. Doppelt sent Mr. Giacchetto a fax on Talk letterhead, demanding that he transfer all of the missing money into a Solomon Smith Barney account. “I am really uncomfortable about this,” she wrote, “but you mentioned that we could clear this up immediately.” Mr. Giacchetto then wired Ms. Doppelt $75,019 into her account, which S.E.C. documents suggest, came from Mr. Schneider’s account.

And the Ginders? According to the couple’s lawyer, Robert Comorow, a Las Vegas patent lawyer who also happens to be Ms. Ginder’s stepfather, the couple kept their money with Mr. Giacchetto through March because they hadn’t read or heard a peep about any of the trouble. Even though they drive in from their New Hamburg, N.Y. house into the city once a week to dine with artist friends, nobody mentioned a thing about Mr. Giacchetto. “They had no idea of any of it,” he said.

The couple had met Mr. Giacchetto in the early 90’s, in his more modest, pre-Leo days when he was primarily managing funds for visual artists like Robert Salle. According to Mr. Comorow, the couple first heard about Mr. Giacchetto’s problems when an SEC investigator called Mr. Ginder on Mar. 25 and inquired if he had taken $75,000 from his Brown & Company account on February 22.

According to Mr. Comorow, when the Ginders heard the news, “Their first feeling was, ‘Oh, somebody set him up. Dana’s such a nice guy. He’d never do anything bad.'” Still, Mr. Comorow admitted to one warning sign. A few years back, he said, Ms. Ginder bumped into Mr. Giacchetto at a party and asked how he was doing. “He told her, ‘I’m so rich, I can’t even believe it!'” Mr. Comorow said. “If that had been me, that would have raised a big flag.”

Mr. Comorow also found it strange that U.S. Trust had consented to deposit checks endorsed to other people, but signed by Mr. Giacchetto. “If my name was misspelled on the front of a check and I signed it accurately on the back, the bank would reject it,” he said.

U.S. Trust and Brown & Company declined to comment, except to say that they had both launched internal investigations and were not aware of any S.E.C. investigation.

Mr. Comorow has mailed a demand letter to U.S. Trust and promises, “to sue their ass,” if they don’t return the Ginders’ money that Mr. Giacchetto deposited into his account.

“They’re so culpable it’s incredible,” said Mr. Comorow. He added that he’s been talking with some New York lawyers about filing a class-action suit on behalf of those stung by Mr. Giacchetto.

When asked about any further investigations, a spokesman for the S.E.C., said, “We don’t normally comment on what else we’re investigating.” Mr. Giacchetto’s attorney Andrew Levander declined to comment. 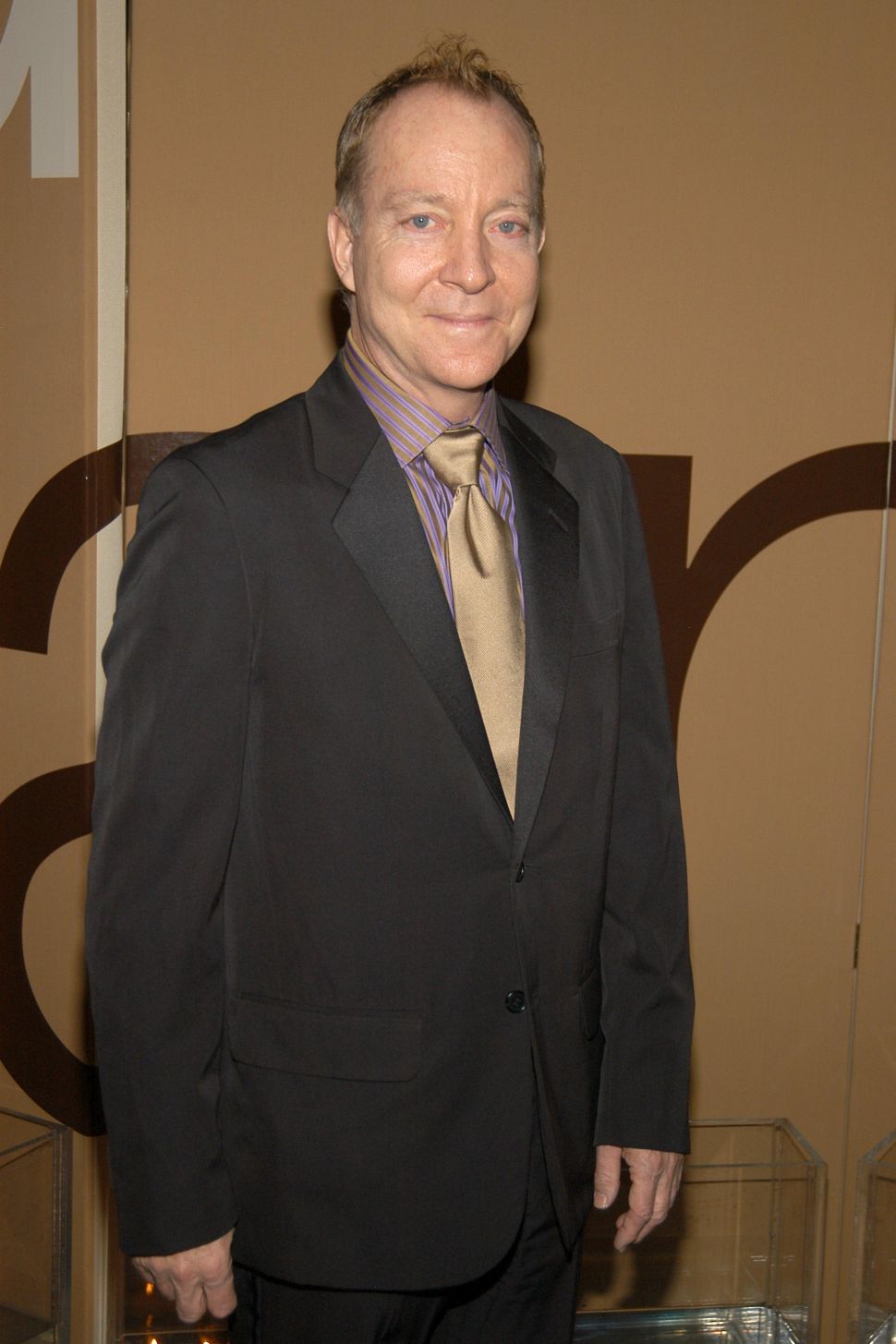