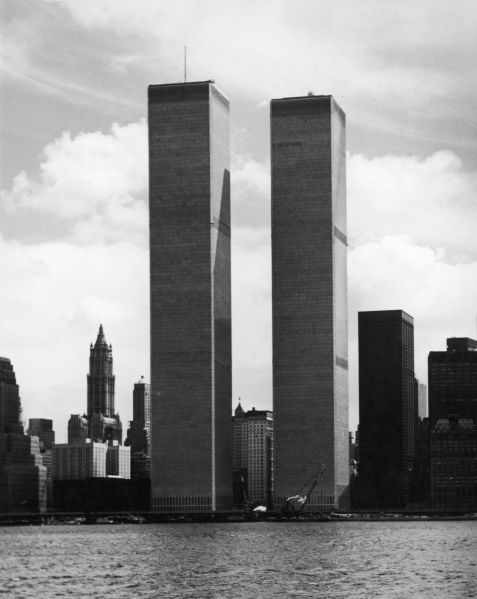 Last Wednesday, Sept. 19, in a column mostly about the failure of the Iraqi mission to lower its flag to half-staff in the wake of the World Trade Center and Pentagon attacks, the New York Post’s Steve Dunleavy cautioned against retaliating upon the “millions of law-abiding decent Arab-Americans who came here for a better life.”

“But,” Mr. Dunleavy continued, citing a police source, “at Atlantic Avenue and Clinton Street, and at Atlantic and Henry, in Brooklyn, cops have been chasing away young men having their pictures taken while hugging each other and smiling with the smoking ruins of the World Trade Center in the background.”

That geographic detail was pretty curious, considering that anyone who lives in that area of Brooklyn-indeed home to many Arab-American residents and businesspeople-knows that if you walk out to the intersection of Atlantic and Clinton, or Atlantic and Henry, stand at any corner and turn 360 degrees, the one thing you can’t see is Manhattan.

What you can see: restaurants, a few bars, the Brooklyn-Queens Expressway, a Key Food supermarket, a Shell Station, the Jere J. Cronin Funeral Home, a couple of newsstands, an antique shop, Long Island College Hospital.

You can also see, on the northwest corner of Atlantic and Henry, a shiny new store called Rainbow Fruits &amp; Vegetable. It opened on Saturday, Sept. 8, three days before the attacks.

The Rainbow is owned by a man named Ahmed Zeid Aloshishi. Mr. Aloshishi is approximately 41 years old-he’s not sure of his exact age, to tell the truth-and he is Muslim. He emigrated to the United States in 1993 from Yemen, where almost all of his family still lives.

Mr. Aloshishi’s story isn’t particularly unique among the businesspeople on Atlantic Avenue. He came to America to make more money for his family. In Yemen, he was a farmer, and he occasionally worked as an automobile salesman. But when an uncle with a bodega in Brooklyn asked him if he wanted to come to the United States, he leapt at the opportunity.
“What I made in my country was not enough,” Mr. Aloshishi said on a recent evening, standing behind the counter in the small, fluorescent-lit store. He is a man of average height, with a curly head of black hair and a thick mustache. “My uncle, he said, ‘How about coming to America?’
And I said, ‘No problem,’ and so I came. And God is good-I make it.”
Mr. Aloshishi settled in downtown Brooklyn, near Flatbush Avenue. He worked in his uncle’s store before eventually saving up enough to start his own. The Rainbow, which he started with a partner, is not Mr. Aloshishi’s first store; he also owned a market on Ninth Avenue and 38th Street.

Every month, Mr. Aloshishi sends money back to his family in Yemen, usually through a friend traveling back to his country. Mr. Aloshishi is married, and he and his wife have three sons and four daughters. Naturally, he misses them all very much. He is hopeful that he can eventually save enough money to bring them all to the U.S.

“I just opened this store with my partner, and so all the money I save,” Mr. Aloshishi said, “Take time, like

On the morning of Sept. 11, a friend of Mr. Aloshishi’s raced into the Rainbow and told him what had

“I had just opened the business, but I wanted to close because I felt so mad,” he said. “I felt like I wanted to cry. Everybody was mad, angry that this had happened. I didn’t want to do business.”

Mr. Aloshishi closed the Rainbow that day at 5 p.m. Normally, the store is open until 11 at night. The next morning, he said, he was so sad

he didn’t want to come to work. Usually he works 12-hour days, seven days a week.

Mr. Aloshishi said he wasn’t sure if his business was down because of the attacks. He said he hadn’t been threatened by people, as some Arab-American people had been. Some customers had come in and asked him if he was O.K. “A lot of people ask me, ‘Anyone bother you?'” he said.

Mr. Aloshishi said that his family in Yemen had been frightened for him. At first, they worried that he, too, had been hurt. But he still wanted to bring them here.

“This is my country now, and my wife and children know that the life is better here.”

Reached by The Observer, Mr. Dunleavy stood by his Sept. 19 column, though he now said that the young men who were chased away from Atlantic, Clinton and Henry streets were not actually posing on those particular corners, but were heading down the street, closer to the waterfront-where others, he said, had been seen posing.

“The next day, we sent photographers to shoot these guys, but they’d pretty much been shooed away,” Mr. Dunleavy said. “Not arrested, but shooed away.” -Sridhar Pappu and Jason Gay
On the Horn
Shortly after Sept. 11, a producer from a syndicated television show called Alan Ross, the director of Samaritans of New York, a suicide-prevention hot line based in Manhattan.

“I wanted to get your opinion,” Mr. Ross recalled the producer as saying, “and what that has to do with suicide.”

Mr. Ross has been getting this kind of inquiry a lot. In the days since the World Trade Center attack, numerous journalists have asked him to characterize the city’s psyche.

They have also asked whether the volume of suicide calls in the city has been going up or down since the attack.

These inquiries present some difficulties, however. The Samaritans are not exactly set up to field calls from reporters. There is an office number, but it’s hard to find, so most reporters wind up calling the main hot-line number-673-3000-to try and get hold of Mr. Ross. This, in particular, is a problem. When we called, the person on the other end answered, “Samaritans. Can I help you?”, and though we explained that we were a reporter and asked for Mr. Ross, we didn’t get him right away.

Instead, the counselor said something like, “Okay, but let’s talk about you.

How are you doing?” And there’s no getting around this question. If you say, “Oh, fine, just give him my message,” as this reporter did, the counselor may prod you with something like, “It’s been a really hard time for everyone in the city, hasn’t it?” And if you answer monosyllabically to that question, you may be asked, in a warm and attentive voice, whether you plan on committing suicide. And if you say no again, the counselor may coax you to talk about the other people you know-say, in the newsroom. “Are they thinking about suicide?”

And when Mr. Ross finally gets back to reporters, he doesn’t always say what they want to hear. He used to teach journalism at New York University, and he isn’t going to be a prop for anyone’s thesis. He said that the Samaritans haven’t been getting more calls since Sept. 11. “Now that may be because of phone lines being down,” he said. “I don’t know.” But to Mr. Ross, this really isn’t the point. “The concept of change on a suicide hot line is really anathema to how we see what we do,” he said. “There is no normal. On any given day, 50,000 people have something specific that’s bothering them.” -Ian Blecher
Working Out Every day for the past two weeks, Ron Schapp, a taut middle-aged man with a graying ponytail and a silver hoop earring in his left ear, has worked out for a few hours at the Equinox Fitness Club on 19th Street and Broadway. After five years at Equinox, Mr. Schapp knows all the regulars, and he’s noticed changes in some of them. “You can tell by the look on people’s faces whether it was a close call or whether they knew someone,” he said.
The first few days after the attack, Mr. Schapp said, Equinox was quiet-no music and few customers. A week later, though, the dance music was back, and so were most of the gym-goers.
“I think it was reassuring to have this place here,” Mr. Schapp said. “At the same time, I’ve already seen people start back with their weirdness. I think some people, even if there were no tragedy, their lives are in a state of perpetual crisis anyway, and they come here to make order and make things right. They have what I would consider an unhealthy relationship to working out-and probably many other things.

“But in general, I would say that for most other people, including myself, there’s an appeal to being somewhere familiar. Historically, gyms have been places of social gathering.
I think that’s true today-beyond the bodybuilders and the anorexics.” -William Berlind 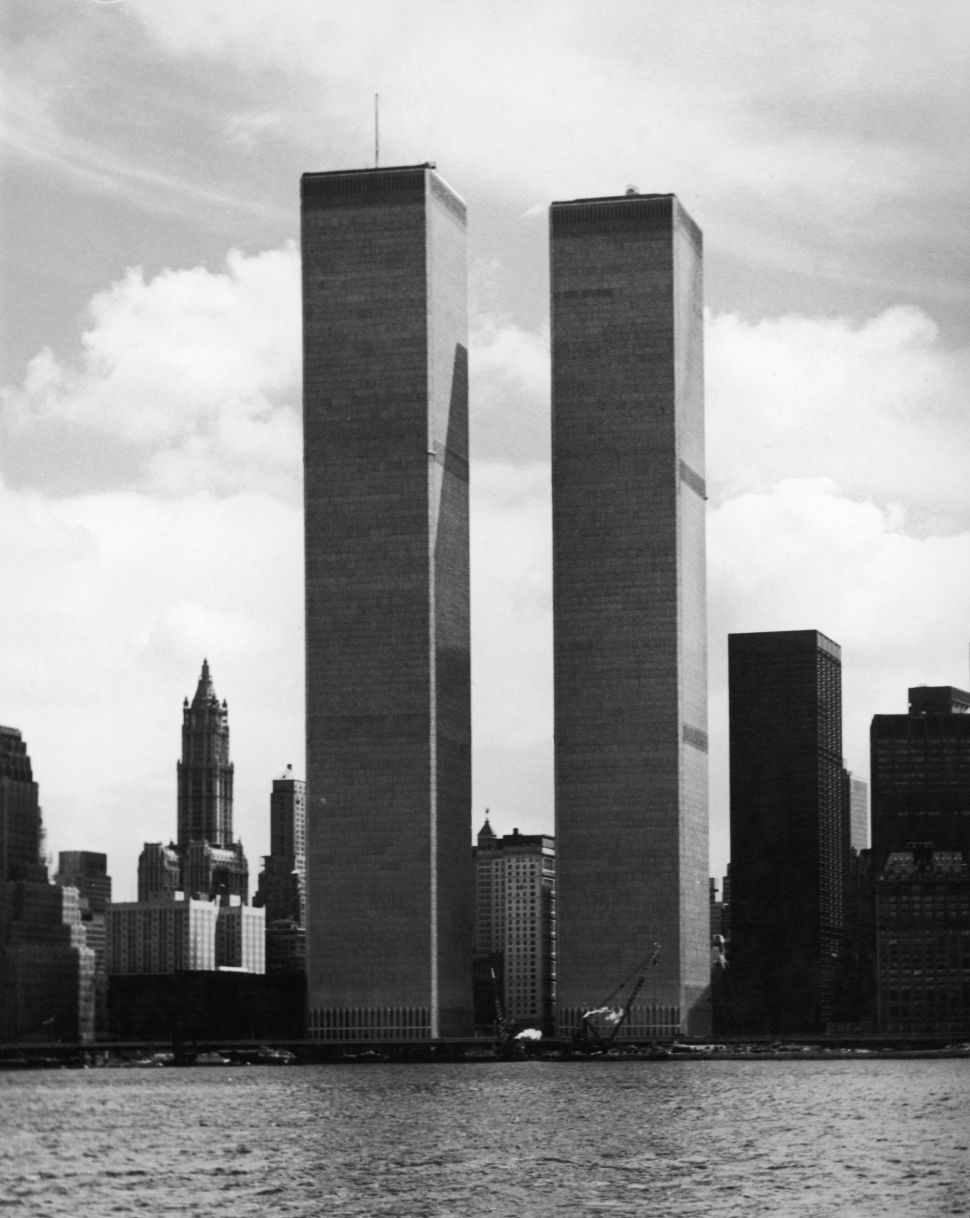