Has it been duly recorded that everything in New York changed just before Sept. 11? Granted, it’s hard to get the picture here in the Afghan glare of the TV set,

but it looks like this:
Eighteen months before 9/11 and the death storm of ashes that rolled uptown from the World Trade Center, all of lower Manhattan’s artists’ quarters—SoHo, NoHo, WeVar, TriBeCa, the Village and Little Italy—were already history. The last stronghold, WeVar, a decrepit old warehouse area home to a hive of artists’ lofts west of Varick Street and south of the Canal Street exit of the Holland Tunnel, was finally overrun by investment bankers, Silicon Alley then-fat cats and real-estate developers in the spring of 2000. Construction elevators started whining up and down the sides of the warehouses, and the victors’ banners proclaimed FOR SALE NOW: HISTORIC OLD NEW YORK LOFT CONDOMINIUMS. The usual droves of young artists from the California Institute of the Arts to the Rhode Island School of Design and every M.F.A. program in between still arrive to storm the Manhattan art scene, but can no longer get even remotely within rent range and wind up in Williamsburg and Jersey City.

A year before 9/11, that old standby of New York humor, folklore, fiction and drama—”the shrink,” the Freudian psychiatrist with the couch—had already gone the way of the Irish cabby with the cap over one eye. When neuroscientists Paul Greengard of Rockefeller University and Eric Kandel of Columbia won the Nobel Prize in 2000 (along with Arvid Carlsson of Germany) for discoveries of how information actually circulates inside the brain, physiology and not Freud was king. The New York teaching hospitals were now training psychiatrists who had actually been introduced to brain functions and the central nervous system. As the witticism went, going to a Freudian psychiatrist was like going to “a cardiologist who only knows about broken hearts and valentines.” The psychiatrist who, in an ABC News conversation with Peter Jennings, referred to the World Trade Center as two towering “phallic symbols” subjected to “symbolic castration” came off as quaint. He would have done better on The Sopranos, the show that hasn’t yet gotten the word about yackety-yak therapy.

Twenty months before 9/11, the Democratic Party “organization,” ruler of the city for half a century, had disintegrated thanks to, of all things, an oversupply of populous racial and ethnic minorities and wound up like the Republican Party and Liberal Party “organizations.” The term limits that cleansed the City Council slates for the 2001 races were the mopping-up operation. Politicians still ran successfully under the Democratic Party banner, but only because they were neighborhood warlords who had to call themselves something.

Ten months before 9/11, New York City’s architects, who only yesterday had battled so gloriously and avant-gardedly as the Whites (Richard Meier, Peter Eisenman, John Hedjuk et al.) versus the Grays (Michael Graves, Jaquelin Robertson, Robert Stern et al.), had already given up the cutting edge because they could no longer find one. When Cathy Lang Ho and Raul A. Barreneche set out to do a book on the edgiest residential designs in North America (House: American Houses for the New Century), they could find only three New York architects with houses actually built or under construction that deserved any such adjective: Toshiko Mori, Steven Holl and Michael McDonough with his cyberspatial “e-House2000” (for Energy, the Environment and Exciting) in the upper Hudson Valley near New Paltz, built with SCADA software enabling the owner to (among other techie things) turn on the dishwasher from Tokyo.

Two years before 9/11, contemporary American art, which in market terms had never recovered from the stock-market and commercial real-estate nose dives of the early 1990’s, went into the sleep mode. Since the Brooklyn Museum’s noisy Sensations show (all Brits) in 1999, the only thing causing anybody in the art world to open even one eye has been the wildfire rumor of a Guerrilla Art happening known as “Meat Shower” in a Brooklyn loft, at which brave and doggedly un-clothes-conscious art worldlings ventured into a room wherein rained a drizzle of raw meat droplets created by high-speed electric deli knives shaving sides of beef.

A full four years before 9/11, New York law enforcement had entered a new time zone: the epoch of the Latino cop. Irish cops still dominated the upper and older ranks of the NYPD, and they would show the world their legendary courage once again on 9/11, but the new legends were Latin. As a member of the brass at 1 Police Plaza, Irish himself, put it: “We still recruit Irish cops, but half of them are from the suburbs. These days, if you want a real old-fashioned Irish cop, you hire a Puerto Rican.”

Eight years before 9/11, financial services and commercial real estate were superseded as driving forces in the New York economy by the restaurants appearing in boldface in Zagat’s. The exodus of corporations from New York during the near-depression of 1992-95 was stanched by a single thing: lunch. The C.E.O.’s would do anything rather than give up the daily celebrations of their eminence at eateries in the town where the wining and dining were as good azagats. (I know, I know; just read it out loud.) The case could be made that any post-9/11 federal appropriations to prop up business in New York should go first to the places where you can get Chilean sea bass with a Georgia plum marmalade glaze on a bed of mashed Hayman potatoes laced with leeks, broccoli rabe and emulsion of braised Vidalia onions infused with Marsala vinegar.

Four months before 9/11, figures came in to back up what every teacher and principal in the public-school system already knew: New York’s great new wave of immigration is not black or Latino, much less Middle Eastern or European, but Asian, and especially Southeast Asian. Over the decade of the 1990’s, the number of white students declined 10 percent (367,000 to 357,000), while the number of black students rose 4 percent (354,000 to 367,000), Hispanic students 22 percent (325,000 to 397,000)—and Asian students 67 percent (73,000 to 122,000). Brainy tyros they were, too. Each newly created trade school in the system had to enroll its share of students with subpar reading scores. Old hands knew that the trick was, in the words of one assistant principal, to “go down the lists and check off every Asian name you come to. If they have low scores, all that means is they just came through Immigration. Give them six months, and they’ll lift your whole boat for you.”

At least three years before 9/11, the mating game in New York got turned on its head. By this past summer, the ratio of girls to boys in Manhattan was so girl-heavy (as first reported in The Observer in July) that boys no longer even bothered expending the time and energy required to chat girls up in bars. They just handed every likely lovely their business card and waited for the calls, which they got with an almost lust-busting inevitability. The mantra for such young men about town had always been “You can’t be too rich or too thin.” Last summer, they were all enrolling in fitness centers that looked like cocktail lounges with Cybex machines, and the mantra went: “Pecs, abs, delts, lats, obliques, traps and quads—you can’t be too rich or too ripped.”

The changes to look for next? It’s hard not to see them coming. The girls will either read The Rules, which say that girls must never ring up boys, or else move to Boston and Cambridge, where, for some reason, when Cupid strikes, the targets stay struck and get married. New York’s Asians will finally become a bloc no politician can write off, which will be obvious to all when the Mayors start making ritual visits—and they will—to the other side of the international date line. Meanwhile, Latinos will take their turn dominating the ranks of public employees, from the marriage-bureau clerks to the school principals, just like the Irish, Italians, Jews and African-Americans before them. The Asians will get theirs later. The artists and architects will finally shake the overvalued urge known as “style” and head in a revolutionary direction known as “content.” The cabby and the shrink will be succeeded as New York characters by the house-call computer swami and the diversity consultant. The bond market will become a heaving crap shoot, and the line bankers, as well as the I-bankers, will have themselves a boom with esoteric instruments such as Joshua Tree Federal 10-years. (I didn’t say when.) The aging, flimsy glass-box office buildings of midtown and lower Manhattan will house artists’ studios. (Nice light, but don’t give up your lease in Jersey City yet.) 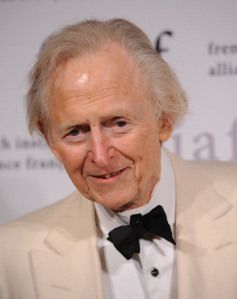