I was sorry when I learned that Michael’s, the well-known children’s hair-cutting salon at Madison Avenue and 90th Street, went out of business recently. But not that sorry. Michael’s was famous for cutting the hair of generations of preppies, allegedly including John F. Kennedy Jr. I say allegedly because I never saw him there. And, God knows, I spent enough of my childhood in the barber’s chair at Michael’s that I’d have run into him if he’d been a regular.

I got my first haircut at Michael’s, and every haircut after that until, at the ripe old age of 16, I finally rebelled. Haircuts in my family were traumatic, psychologically scarring events. The fault lay not with Mr. Michael, as the salon’s owner was called, or with his No. 2 man, Mr. Gay, both of whom gave a competent haircut. The problem was my mother.

First, there was the hair style she’d invented for us. It was like nothing that existed in nature, or even in science fiction. Well, maybe science fiction: It sprung from her fertile imagination like that creature in Alien . The easiest way to describe it is as a crewcut, a Marine buzz cut-except that my mother, God forbid, would never let anything as proletarian as a razor near her four sons’ tender heads.

Instead, she insisted that we be trimmed to a state of virtual baldness-except in the front, where we all sported Tom Sawyer–like cowlicks-with a scissors. To keep our hair just so required that we visit Michael’s religiously every two weeks. And since my parents were apparently under the impression that the only way to cope with four boys was to treat them like military cadets, or rather prisoners of war, we all had our hair cut on the same afternoon every other week. And by the same barber.

At first it was Mr. Gay, a pleasant man with a business-like mustache-until he crossed my mom. From the age of 3 until I was 8 or 9, no one but Mr. Gay was allowed near my hair. Until suddenly one day, without explanation, my mother dropped him for Mr. Michael. It was disorienting for a child, to say the least. So much importance did my mother attach to our appearance (and to our hair in particular), and so completely were we Mr. Gay’s customers, that it was hardly less significant than if she’d just filed for divorce from my father.

I recently asked her why we abruptly switched from Mr. Gay to Mr. Michael, a sweet-natured opera buff with the world’s bushiest eyebrows, who ran the salon from Chair No. 1. At first my mother denied we’d ever patronized Mr. Gay, so utterly had she banished him from her memory. Eventually, she admitted there must have been some falling out over hair.

It’s coming back to me now, almost as if retrieved by hypnosis. Mr. Gay, who seemed like a decent enough guy, eventually balked at clipping our heads with a scissors. Since the final result was hairlessness, he didn’t see why he couldn’t save lots of time-not to mention his mental health-by simply plugging in a razor.

I was on his side. I can’t exaggerate the exhaustion for all involved in going to Michael’s. It was like getting your own hair cut four times on the same day. After I was through, I’d have to wait while my brothers got their hair cut, my mother standing over the barber the whole time. The comic books and lollipops helped. But by the time my youngest brother Jamie slipped out of the barber’s chair with his crewcut, I was crawling the walls.

We spent so much time at Michael’s that historic events transpired while we were there. The great blackout of 1965 occurred during one of our biweekly visits. Unfortunately, the lights didn’t go out until our haircuts were finished and we were leaving. Not that that would’ve made any difference: My mother would’ve simply insisted that Mr. Michael complete the job, to her specifications, by flashlight.

This form of child abuse went on until June 1969, when I’d just turned 16 and my mother sent me off on one of those eight-week, cross-country “teen tours.” She didn’t realize the far-reaching consequences it would have, for both my hair and our relationship. If she’d known, I’m certain she’d have forbidden me to go.

Suffice it to say that I wasn’t popular with the young ladies on the trip, at least not at first. When it’s the Age of Aquarius and you’re a 6-foot-2, 125-pound hairless geek, you aren’t going to attract women whose idea of handsome is Paul McCartney. I was stuck sharing hotel rooms with all the other losers on the bus because nobody, not even my cousin, would room with me.

But something miraculous happened during the journey. My hair started to grow. And since I was on a bus crossing the country, there was nothing my mother could do about it. The longer my hair got, the more socially acceptable I became. Halfway through the trip, the coolest guy on the bus-a rock musician who attended an alternative high school in Newton, Mass.-decided I was hip, or at least unconventional, and became my roommate, bless his heart. He remains a friend to this day.

By the end of the vacation, my hair was almost normal length, and under his tutelage I was considered cool, too. I even started having girlfriends. But I knew full well that this fantasy would soon end and I would be delivered back into the clutches of my mother and her evil scissors.

So I had everybody on the bus sign a petition pleading with her to leave my hair alone. I delivered the document to her in Italy, where I joined my family after the teen tour ended. Predictably, she almost dropped dead when she saw my hair and insisted that I get it cut immediately. I agreed-on the condition that it remain a reasonable length.

She concurred. But I should have known that when it came to hair, my mother had no scruples. She was ruthless: As soon as I was seated in the barber’s chair, she kept instructing the barber, ” Piu corto , piu corto “-shorter, shorter.

I didn’t catch on until it was too late. When my haircut was finished, it looked exactly as it had before I’d departed on the trip. No longer a cool teen, I was a heartbroken pinhead once more. To punish her, I wore a hat everywhere, even to dinner at fancy restaurants in the sweltering heat of the Italian summer, and I never again let her near my hair. I also never went back to Michael’s.

The tragic thing is that by the time I finally got to wear my hair the way I wanted, in college, it was already starting to fall out.

Now, Michael’s is a Face Stockholm makeup boutique. I suppose there’s some poetic justice there. It’s one of my daughters’ favorite stores, a place where they love to try on lip balms and blushes and where they’re free to experiment with their appearance. If I’d had that chance at 14-I don’t mean being allowed to wear makeup, but sporting the same bowl cut as J.F.K. Jr. and all the other guys-who knows how nicely I might have turned out? I guess it’s never too late to consider a hairpiece. 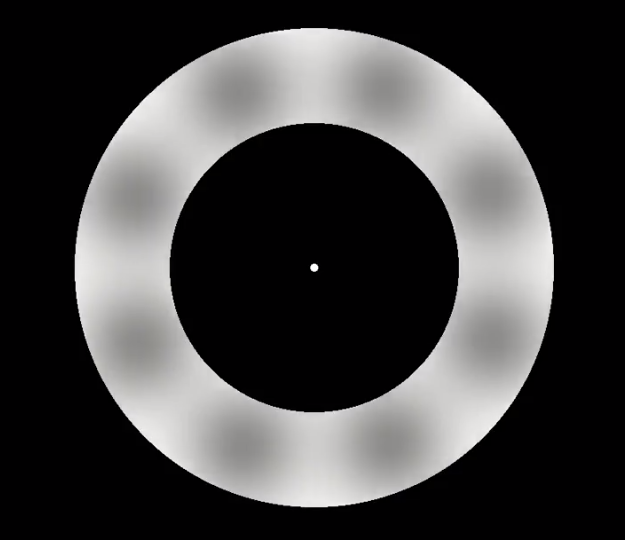