Jennifer Steinhauer scoops up the news that Goldman Sachs has decided to continue with its plans to build across the street from the World Trade Center site, and next-door to Larry Silverstein’s almost-complete 7 World Trade Center building.

What it took to get Goldman to reverse its decision earlier in the year to abandon the site because of the security implications of the Ground Zero master plan?

“Under the new agreement, which still requires approval of the firm’s board, the city comptroller and some state authorities, Goldman would get at least $150 million in new city and state tax credits, as well as $600 million of new Liberty Bonds to add to the $1 billion in previously issued bonds, the officials said. Liberty Bonds, which reduce private borrowing costs at government expense, are intended primarily for commercial tenants in Lower Manhattan.” 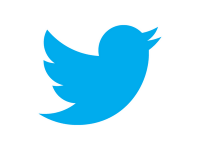