times the smoke of battle has to clear before vital issues can be seen. So it is with the Judith Miller affair.

Despite all the official niceties that accompanied Ms. Miller’s recent departure from The New York Times, few people doubt that she was pushed into retirement.

Perhaps there are good reasons for her ouster that have not been made public. As things stand, however, the central question in the whole imbroglio—did Ms. Miller deserve a de facto firing?—remains unresolved.

Her detractors will hoot with derision at the idea that Ms. Miller’s ethical shortcomings have not been proven beyond doubt. Yes, her conduct has sometimes been unsettling. But several planks of the anti-Miller case creak and snap the moment the weight of scrutiny is placed upon them.

The visceral hatred felt for Ms. Miller in some quarters stems from the controversy over her W.M.D. reporting in the run-up to the war in Iraq. The gravest charge is that she shed her critical faculties, parroting the Bush administration’s claims as though their veracity was beyond question.

The Times’ now-famous “Editors’ Note” of May 2004 cited six articles as contentious. Ms. Miller was the sole author of two of those stories and the co-author of another two.

Any fair examination of the reports would conclude that, whatever their weaknesses, Ms. Miller was in little need of the patronizing rebuke—“investigative journalism is not stenography”—issued by her colleague Maureen Dowd last month.

It reported that an Iraqi defector had claimed he had helped to renovate secret facilities for W.M.D. production and storage.

But Ms. Miller laid on a cavalcade of caveats: The defector’s claims hadn’t been verified (a point she twice noted explicitly); her interview with him had been arranged by the Iraqi National Congress, a group “which seeks the overthrow of Mr. Hussein”; a weapons expert had said that caution about the claims was “especially warranted” because of the debate within the Bush administration about Iraq; and “American intelligence officials have long had cause to be skeptical of such defectors.”

Ms. Miller raised similar points in other contested articles. The notion that Evil Judy, the administration shill, merely put her hand to the pro-war plow is a gross oversimplification.

Was the coverage flawless? No. But its most common drawbacks were not the consequence of mortal journalistic sins. They related to issues over which Ms. Miller had limited control, such as the prominence her stories received in the newspaper and the lack of follow-up articles.

The Times, to its credit, acknowledged this in the “Editors’ Note” without naming Ms. Miller. Some of the paper’s detractors, it asserted, had wrongly “focused blame on individual reporters” when “the problem was more complicated.”

Those nuances got lost in the clamor that followed. The Times’ fiercest critics spun its careful and largely correct analysis as a reluctant admission of moral turpitude, a halfway house on the road to acknowledging Ms. Miller’s culpability in all sorts of grave matters.

A similar process played out again during and after Ms. Miller’s travails with Patrick Fitzgerald. The difference this time was that some of The Times’ most influential voices were raised in public against its reporter.

Ms. Dowd deployed sexual innuendo against Ms. Miller and implicitly endorsed the notion that she had gone to jail unnecessarily. The columnist noted that people were wondering whether her colleague’s spell in the slammer had been, “in part, a career rehabilitation project.”

Again, evidence inconvenient to the anti-Miller case was ignored. Ms. Dowd skipped over the fact that the “jail-as-career-move” interpretation was largely dependent upon believing that Ms. Miller had a legitimate waiver from Scooter Libby at the outset of her case. In reality, Ms. Miller’s lawyer and The Times’ management shared her doubts about the sincerity of that waiver.

The paper’s public editor, Byron Calame, proclaimed that it would be “difficult” for Ms. Miller to return to the newsroom. The reasons why he arrived at that conclusion, like so much else in the tumultuous affair, remain opaque.

Even executive editor Bill Keller, who had defended Ms. Miller the previous year from what he derided in those long-gone days as “armchair media ethicists,” now bemoaned the amount of “baggage” she carried.

Other details were even more peculiar. Mr. Keller accused Ms. Miller of seeming to mislead another colleague, but later wrote her a memo acknowledging that the colleague in question didn’t contend that he had been misled.

To think of Judith Miller as a wronged woman is a stretch for many people.

But the evidence that has emerged so far doesn’t justify the opprobrium that has been heaped upon her head. 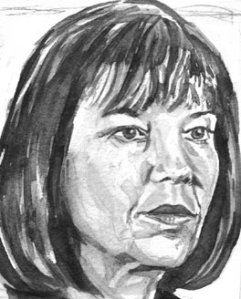