Charles Gargano, chairman of The Empire State Development Corporation, downplayed complaints yesterday about a possible conflict of interest because the agency, which is supposed to review the proposal for the Atlantic Yards complex in Brooklyn, relied on the same law firm that had advised the project’s developer, Forest City Ratner. “I don’t know whether we are using the same lawyer,” he told the Daily News. “I don’t know of any conflict.”

It turns out, according to a document The Real Estate obtained through a Freedom of Information request, that Forest City actually recommended the law firm to the E.S.D.C. A letter, dated Feb. 18, 2004, states that “[Forest City] has requested that [E.S.D.C] authorize and/or oversee the following services to be performed with the project” including “legal services to be provided by Sive, Paget & Riesel in connection with the environmental analysis of the project.” One of the services that attorney David Paget performed for E.S.D.C., according to the lawsuit filed Wednesday by Atlantic Yards opponents, was approving the developer’s application to demolish six buildings it owns on the project site, near Atlantic and Flatbush avenues.

The opponents’ attempt to get a temporary injunction forestalling the demolition failed in court Thursday, according to Candace Carponter, a spokeswoman for the plaintiffs. However, the case will come back to court Feb. 14, which would be almost a week before Forest City said it would be able to begin work anyway.

The letter, which was “agreed and accepted” on Feb. 25, 2004, by the E.S.D.C., goes on to guarantee that Forest City will pay for the legal and consulting costs that the state incurs from the project, particularly costs relating to eminent domain. This much is standard: developers regularly pay government for the trouble of reviewing their applications for rezoning, and should logically reimburse taxpayers for the cost of land that is seized. To guard against bias, the state rather than the developer interacts with the consultants as the project works its way through the approval process. The question is, do developers regularly get to select—or even recommend–the consultants? And should they?

Sive, Paget stopped working for Forest City in September, which was about the time when the E.S.D.C. review process got started.

A Forest City spokesman referred questions to the E.S.D.C., which said that it contracted directly with Paget. However, the agency did not explain whether the developer usually gets to influence the choice of counsel. David Paget did not return messages.

It should be noted that David Paget, in addition to working for Forest City, has also worked for the E.S.D.C. before. His web page mentions the 42nd Street Redevelopment Project, the downtown Brooklyn rezoning, the convention center, and that Gargano may well have chosen him even without Forest City’s recommendation.

Apparently, this town is not big enough for environmental lawyers to stay on one side of the regulatory fence. 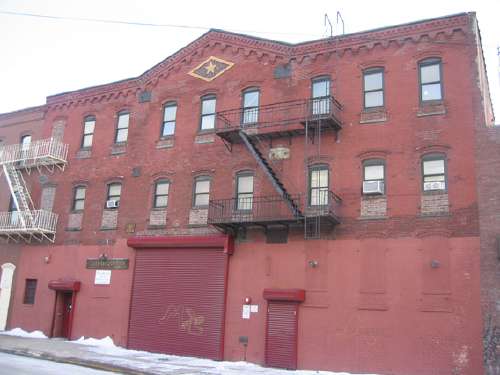