The biggest amazement so far in the World Cup has not been Ghana’s getting through to the next round, but Ghana player John Paintsil’s spontaneous waving of an Israeli flag after the victory five days ago, out of loyalty to the Israeli teams he’d played for. The gesture has been celebrated across Israel, even leading to speculation that Paintsil’s career will revive there, and been denounced in Egypt, notwithstanding pan-African support for Ghana.

“We were screaming with joy, but the whole room went quiet when Paintsil took out the flag. We didn’t really know how to react,” … Ashraf al-Berri, who watched the match with a dozen friends, told AFP

Paintsil later savored his gesture in comments to the Israeli media. But the Ghana Football Association apologized to anyone who was offended. And in today’s Ghana victory, Paintsil waved no flags.

The incident underscores a few facts of international life. First, whether you like it or not, Israel has become something of an international pariah. That someone feels the need to apologize for the waving of Israel’s flag? That is horrifying. And a real measure of Israel’s isolation. Second, it was a truly joyous thing for (myself and other) friends of Israel to see a black person waving the Israeli flag. It conveyed the exact opposite of the first point, that Israel still has non-Jewish friends. It would be like seeing Arabs waving an American flag. Third, Sport is a great healer. Wars have come to a halt so that combatants can watch these games. They see Americans helping up Africans they’ve knocked down, and other moving displays of human kinship. I wish we had the World Cup every year.

Back to point two. All nations seek “legitimacy”—which boils down to the good opinion of their neighbors. The loss of U.S. legitimacy due to a war that the world decried helped send Francis Fukuyama out of the neocon camp into the realists’ arms, and helped deliver Condoleezza Rice into an international coalition over Iran. We want our legitimacy back. No one likes to lose the battle for hearts and minds.

Israel has lost that battle worldwide—even if it’s maintained it in the U.S.—because of its treatment of people in the occupied territories. I’m pulling for the day when the Israeli flag is not a contested symbol. Americans could help bring that about by forcing our politicians to take a more evenhanded approach in the Mideast, and to assign more value to Arab people’s lives. Things could change in a hurry.

After all, what’s the site of the next World Cup: South Africa. 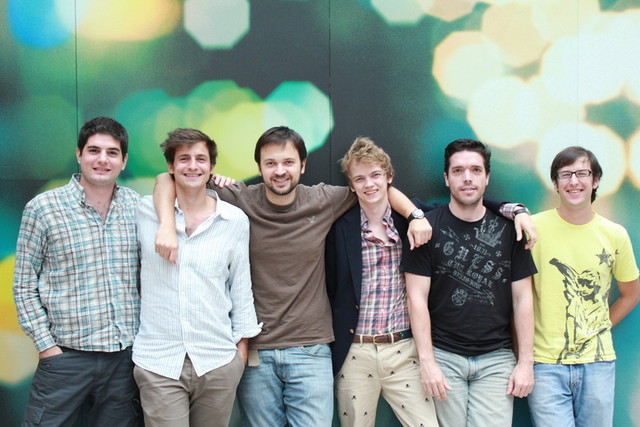