More on the real Iraq: “Riverbend,” the electifying and poetical blogger in Baghdad, offers the desolating tale of a sportloving shopowner who displayed the Brazilian flag in his window till the party of Muqtada al-Sadr, which is part of the government coalition, ordered him to take it down. Riverbend says that Sadr has issued a fatwa against soccer. She downloaded and translated his words:

“[Islamic law] prohibits activities that keep the followers too occupied for worshiping, that keep people from remembering [to worship]. The West created things that keep us from completing ourselves (perfection). What did they make us do? Run after a ball… What does that mean? A man, this large tall Muslim—running after a ball? This ‘goal’ as it is called… If you want to run run for a noble goal, follow the noble goals which complete you and not the ones that demean you…That is one thing. The second thing, which is more important, we find that the West and especially Israel, did you see them playing soccer? Did you see them playing games like Arabs play? They let us keep busy with soccer and other things. Have you heard that the Israeli team, curse them, got the World Cup? Or even America? Only other games… They’ve kept us occupied with them—singing and soccer and smoking, and satellites used for things which are blasphemous. While they occuppy themselves with science etc. Why habeebi? Are they better than us- no we’re better than them.”

Islamic Sharia does not prohibit soccer/football or sports—it’s only prohibited by the version of Sharia in Muqtada’s dark little head. I wonder what he thinks of tennis, swimming and yoga… So when Bush raves about the new ‘fledgling Iraqi government’ ‘freely elected’ into power, you can take a look at Muqtada and see one of the fledglings. He is currently one of the most powerful men in the country for his followers.

So this is democracy… Muqtada Al-Sadr is a measure of how much we’ve regressed these last three years… From a country that once celebrated sports—soccer especially— to a country that worries if the male football players are wearing long enough shorts or whether all sports fans will face eternal damnation… That’s what we’ve become. 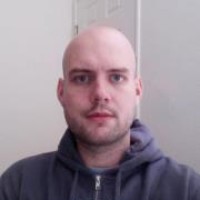