Yesterday’s unusual reply by Cardinal Edward Egan to a critical and anonymous letter about him circulating in New York’s archdiocese would have once sent major ripples across the city’s political landscape. That it hasn’t is a measure of the diminished influence of the Catholic hierarchy in public life here, a fact that critics of the cardinal say has less to do with any major cultural shifts in the church than with the man at the helm.

(This month’s dissent was foreshadowed in the Observer last year by the Rev. John Duffell, a Roman Catholic priest at the Church of the Ascension on the West Side, who told me “The archbishop has been the religious leader in New York for a very long time. I wonder if the cardinal really appreciates the value and importance of that position,” He added that the role of the religious community is to make room for a moral dimension in the public debate. “In my opinion, that role has been somewhat diminished in recent years.”)

Under Egan’s predecessor, Cardinal John O’Connor, the archbishop of New York was considered one of the most high-profile positions in the city. While O’Connor had no role, of course, in dictating city policy, his voice was often sought after and listened to by mayors and other powerbrokers. Such extraordinary dissent from within the church, with charges that Egan overlooked “spiritual needs and concerns” of New York’s clergy and Catholics, would have been startling to say the least under O’Connor. The accusation that Egan showed “unnatural fear of the media” would have been risible. O’Connor never met a camera he didn’t like.

It is thus a testament to the merit of the charges, which were apparently written by priests and then posted on the Catholic news blog Whispers in the Loggia, that the complaints hardly registered outside the cardinal’s Madison Ave residence.

There is a wide perception in the New York, and American, church that Egan is less attuned to his local archdiocese than he is with the inner workings of the Vatican. (That he left New York days after the Sept 11th attacks for a conference in Rome has been a lasting blemish on his record.) This month’s letter, serious enough to hasten an official dismissal by Egan and a show of strength from his supporters, threatens to be another embarrassment as the cardinal approaches his 75th birthday, when he is required by church law to offer to the pope his resignation as archbishop.

His quick response (apparently reminding priests that he was a frequent visitor to hospitals, prisons and troubled parishes) could have less to do with defending his record in New York than with securing his reputation in Rome. Many priests in New York agree, under their breath, with church watchers in the Vatican that Egan really prefers Rome, where he served as a judge on the Sacred Roman Rota, a Vatican Court, for 14 years after teaching theology at the Pontifical North American College in Vatican City.

By rallying supporters and refusing to accept the criticism, Egan perhaps adds to his standing in the Vatican as an effective administrator with proven cost-cutting skills. It may not help his popularity quite as much, however, here in New York. 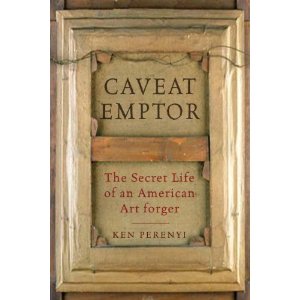