“There’s no fluff in this,” he said about the $7-an-issue magazine. Does he think most other real estate writing is fluffy? “It’s a waste of time. It’s basically editorial for advertisers. But when we write about the Zeckendorfs we really sit down with them,” he said.

Indeed. The premiere issue profiles mega families like the Zecks, Tamir Sapir’s spawn, and the Trumps.

Donald, the parent of the year, says of his clan: “They’re terrific kids. And they have a great relationship with each other. I think I would be disappointed if they didn’t.” Strangely, son Eric was left off the cover shot.

Another highlight is a profile of Donny Deutsch: “Not only is he sexy, charming, brilliant and successful, he now is famous for his show on CNBC”.

How does Mr. Semilof feel about the wider industry? “Print media is starting to become ineffective because most of it is garbage. But [Haute Living] is talking about the real meat and potatoes. New York, which is the number one market in the world, has never had anything like this.”

He said his writers include “The Post‘s Dakota Smith, the Financial Times‘ head writer Julie Earle, and someone from The Times, but I can’t divulge her name yet.”

So stay tuned. And click here to read the magazine online, or click here for our earlier coverage.

Note: The Observer‘s haute Michael Calderone has contributed to HL. 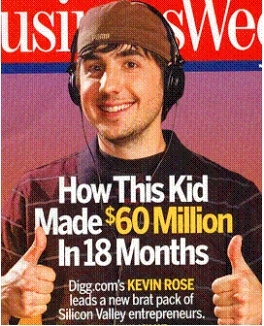