At 9:30 a.m., the screening panel in Albany hears from comptroller candidates Tom DiNapoli, Richard Brodsky, Martha Stark and others.

. They have been rescheduled. A new date and time have not been announced.

At 11 a.m., September 11th families roll out a media campaign and demand changes to Ground Zero memorial plans, at the Marriott Financial Center

At Noon, Mike Bloomberg and Christine Quinn make an announcement on South Oxford Street in Brooklyn.

At 1 p.m., the City Council’s Health and Technology in Government Committees meet at 250 Broadway; the Education Committee meets at City Hall.

At 1 p.m., critical issues facing the dairy industry are discussed in Albany.

At 1:30 p.m., Joseph Guzman, a victim of police shooting, discusses his ordeal after being released from the hospital. Press conference at ABC Studios at 65th Street.

At 6:30 p.m., Candidates in the special election for Brooklyn’s 40th City Council seat participate in a forum at Vox Pop in Brooklyn.

At 7 p.m., Christine Quinn and other Council members host a “Community Conversation”; Life Tabernacle in Brooklyn.

And at 8 p.m. Richard Perle, the former Assistant Secretary of Defense discusses the Iraq war; at the 92nd Street Y. 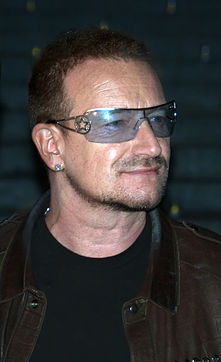