Steve Kornacki sends in this dark take on the progress of the House’s Iraq War resolution:

As even many House members have pointed out, there is a certain sham quality to the four-day Iraq War debate now underway in the people’s House.

All 434 members (there is now a vacancy, with Tuesday’s death of Republican Charlie Norwood of Georgia) were given speaking slots ahead of time. Most of them show up at their allotted time, and read prepared (and predictable) remarks for a few minutes to a chamber that is almost completely empty. There is almost no dialogue between the sides. Obviously, each member’s comments are aimed at their constituents back home, who will probably see a 15-second snippet on their local news.

The debate will wrap up tomorrow, when the House will approve a two-paragraph resolution expressing support for the American troops in Iraq and opposition to President Bush’s escalation to the war. The only suspense is over how many Republicans will break ranks and side with the Democratic-authored resolution — the best guess now is between 30 and 40. (This is why John Boehner, the House GOP leader, has been complaining so loudly about the Democrats’ refusal to allow consideration of GOP-backed alternatives: With only one option to cast a vote on Iraq, Republicans from competitive districts will have no choice but to side with the Democrats in the end.)

Today is Day Three of the debate. The House was gaveled into session at 10:00 A.M., although the debate has now officially resumed.

The House, as it customarily does, will spend the first half-hour or so of the day hearing one-minute speeches from various members. This practice is, in part, a function of the C-Span era. Generally, it is the most ambitious, egotistical, and publicity-hungry House members who gobble up the one-minute slots, speaking on any topic they wish – making a play, essentially, for the hearts of anyone watching on C-Span.

What’s funny, though, is that the one-minute speeches are almost indistinguishable from the actual debate over Iraq. In both cases, members take turns speaking past each other in front of an almost completely vacant chamber. Every member of the House will receive 5 minutes of speaking time during the formal debate. The more narcissistic among them are using this week’s one-minute speeches as a chance for a 6th minute of speaking time.

First up for today’s one-minute speeches– unsurprisingly to anyone who’s watched the House for more than day — was Ted Poe, a second-term Republican from the Texas Gulf Coast who can thank Tom DeLay’s map-making for his election in 2004.

Poe is typical of an unfortunately large number of House members– he seems more excited about delivering one-minute commentaries and special orders speeches (untimed speeches broadcast on C-Span after the House has wrapped for the day) than in actually performing the duties of a congressman. Typically, he uses his floor speeches to rail against immigrants, gay people, and the moral decay of America– all punctuated by what he evidently thinks is a clever trademark
sign-off: “And that’s just the way it is.” (Poe is a long-standing publicity hound. As a district judge before his election to the House, he pioneered “shame sentencing,” whereby convicted criminals were ordered to hold signs in public places announcing their offenses.
This made Judge Poe a fixture on national cable talk shows– perfectly positioning him for his ’04 House run.)

This morning, Poe used his one-minute speech to talk about Iraq, declaring that “this resolution is good news for the terrorists and bad news for the troops.” Inflammatory as they were, those words, of course, will have absolutely no impact on the final vote. It’s doubtful anyone in the chamber was even listening. Not that Poe cares. His game is to catch the ear of the media, and maybe end up with his sound bite on Fox News and Rush Limbaugh. It’s like Judge Poe is back on the bench again.

These antics, of course, aren’t limited to one side of the aisle.
Care to guess who one of the first Democratic one-minute speakers was this morning?

(Hint: It was Dennis Kucinich.) 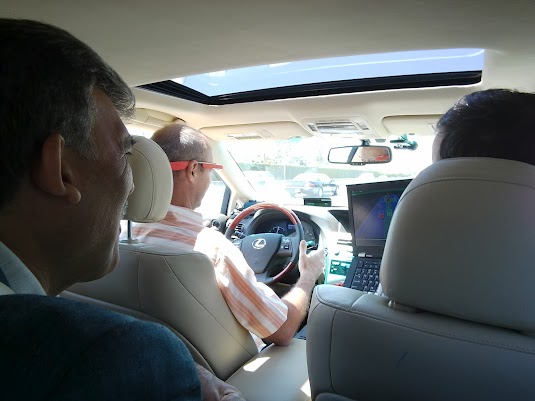