Stanton said in order to effectively reduce chemical risks, the federal government must forge partnerships in the public and private sector.

In response, a visibly irritated Lautenberg asked Stanton, “Do private partners recommend preemption for the Department of Homeland Security?” Asked after the hearing if he believes the chemical industry has had undue influence in shaping the administration’s security policy as it pertains to chemical plants, Stanton told PoliticsNJ.com, “I don’t have an opinion on that.”

“I think they’re hearing voices,” he said of the Bush administration, “and they’re not the voices they should be listening to. …It’s the old case of the fox guarding the chicken coop. They’re not protecting the public. They’re protecting their business obligations.”

Lautenberg said his office asked the New Jersey Energy Chemical Council to participate in the hearing, but the company declined. In his testimony before Lautenberg, Dr. Stephen E. Flynn of the Council on Foreign Relations, a retired commander with the U.S. Coast Guard, said in his view the war in Iraq represents misspent government priorities. He pointed out that this country has spent, on average, $250 million each day in Iraq since 2003, while it spends $25 million each year to fund the federal Department of Homeland Security.

“The total expenditure for safeguarding some of the nation’s most hazardous facilities amounts to what we spend every 150 minutes in Iraq,” said Flynn, who described Stanton as a “selfless” public servant who is working “without resources and without the authority.” 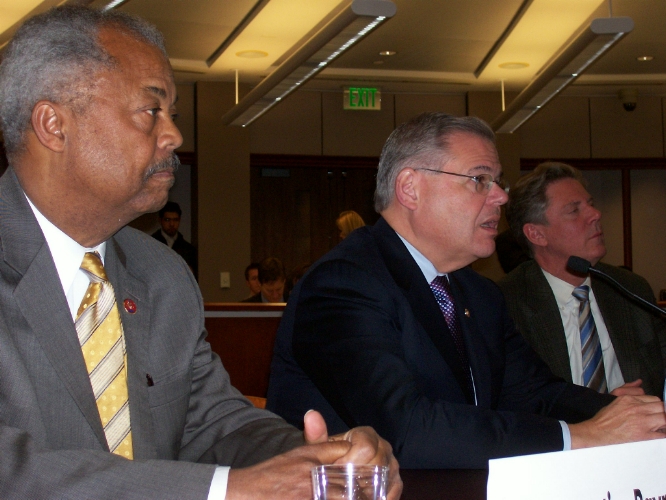