He’s still got it, Mario Cuomo. Remember him?

Remember The Speech? The one he called “A Tale of Two Cities.” The one he gave at the doomed 1984 Democratic convention in San Francisco, in the midst of the Reagan revolution and the rebirth of the religion of wealth.

You don’t have to depend on nostalgia—you can listen to The Speech on Wikipedia. Something I did after I heard Mr. Cuomo debate Newt Gingrich at Cooper Union last week and give us—or give me, at any rate—a moment that brought back the reason that speech still matters.

Do me a favor: It’s two or three clicks away—listen to it! It’s not some antiquated piece of rhetoric. It’s still powerful and vibrant and moving and restores you to some bedrock sanity about what politics could be about.

He’s still got it. At Cooper Union, he didn’t have the burly physique you see in the visuals from The Speech. But he’s still got what I described—after interviewing him back in the 80s’s—as “linebacker’s eyes.” You don’t want to stray into his zone the way that hapless Panglossian Newt Gingrich did at Cooper Union. If you do, you’ll get your head handed to you.

If you remember The Speech, Cuomo called it “A Tale of Two Cities” in response to a remark by Ronald Reagan, who said he couldn’t understand the people who were going on about poverty and other such problems in America. Didn’t they know America was “a shining city on the hill”?

So here was Newt Gingrich, at Cooper Union, surprisingly critical of the Bush administration for its mismanagement of affairs foreign and domestic, apostle of the gospel of scientific management as the solution to everything. Pleased with the possibility that we can make this the best of all possible worlds, if only we’d let people like him—people who knew management theory—manage it.

His prime example—and here is where he unwittingly drifted into Mr. Cuomo’s zone—was the managerial approach to crime. He’d been strolling through Manhattan that day, Mr. Gingrich said, and he’d been reflecting on how successful applying modern management techniques had been in reducing crime. A 75 percent drop since 1993 made New York the safest city in America, and the same managerial techniques had now made L.A. the second-safest city in America.

And you can’t argue with that, or with the props that should go to Bill Bratton, the former NYPD chief who made it happen. And Mr. Cuomo didn’t dispute the stats.

He just got up and talked about walking through a different part of the city. Not Manhattan, where Newt could safely make his way through throngs of super-prosperous hedge-fundsters, I-bankers and M&A hustlers without fear of his wallet being lifted.

Mr. Cuomo said he’d recently been walking the city, too—back to his old ’hood in South Jamaica, where he grew up. And he didn’t like what he saw. Maybe the stats said crime had dropped 75 percent, but Mr. Cuomo said he saw a neighborhood where kids grew up surrounded by junkies and prostitutes, a neighborhood where kids “heard the sound of gunfire before they ever hear the sound of an orchestra.”

Game over. Just one phrase, one inimitable Cuomo locution: They “heard the sound of gunfire before they ever hear the sound of an orchestra.” Anybody going to disagree that still doesn’t happen here? If you want to call this kind of talk “class warfare,” as the Republicans are inclined to do, go ahead. “Yes, there’s class warfare,” Mr. Cuomo said, “and the rich are winning.”

Anybody going to disagree that complacency about a managerial revolution is misplaced when, here in America, Cuomo asserted, 37 million live in the shadows of poverty—13 million of them children? Not to mention the 48 million vulnerable souls without health insurance. Anybody going to try to say that we shouldn’t be suspicious of Newtonian self-satisfaction when there are still “two cities” out there, and one ain’t shining.

I know it sounds so old-fashioned to care about poverty, but Mr. Cuomo brought back the urgency. With one phrase—they hear gunfire before they hear an orchestra—he made Newt look like one of Dickens’ self-congratulatory Social Darwinist fat cats for all the hyper-modern (Pan)gloss he put on his riffs.

Of course, that’s not all Mr. Cuomo gave us at Cooper Union. He once again gave us a virtuoso display of theological erudition, in the service of a vision of political complexity that may be the reason he never became President.

I recall an exhilarating discussion that I had with him during an interview about the relevance of the Pelagian heresy to the validity of the welfare state. At Cooper Union, he took on the question of stem-cell research and made it clear that opposition to it on religious grounds tended to reduce the religious position to a single, simple formulation: Life begins at conception. When, in fact, Mr. Cuomo pointed out that the “religious position” on the question is far more complex: St. Thomas Aquinas posited that life began at 30 days after conception, and St. Augustine believed it was 15 days. So you could favor stem-cell research and still be pro-life. And, suddenly, he had you thinking way beyond partisan bickering to questions about the definition of “life,” the meaning of life. What other politician has that power?

But the great pro-life moment of that debate (Cooper Union wants to hold a series of Presidential debates for ’08) was that line. The one that took us back to “A Tale of Two Cities” and reminded us of what we lost when Mr. Cuomo left public life. That line about kids hearing gunfire before they heard an orchestra.

I’ll never forget it. He’s still got it. We still miss it. 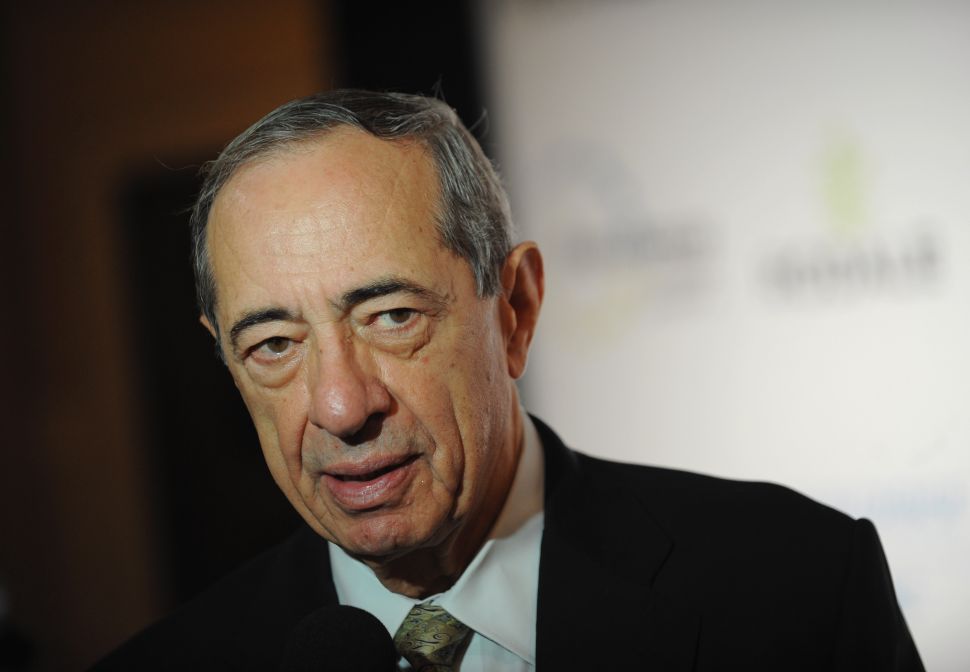