Former Senate President John Lynch celebrates the end of his second month of incarceration today — with 37 months to go. It has been six months since he pleaded guilty to federal corruption charges, and nearly three months since his sentencing.
But Lynch has not been forgotten: the Middlesex County Democratic Organization — the powerful machine he ruled for two decades — still displays Lynch's photo on their website. Take a look before they finally remove the photo — probably sometime today. (Editor's Note: It was removed!) 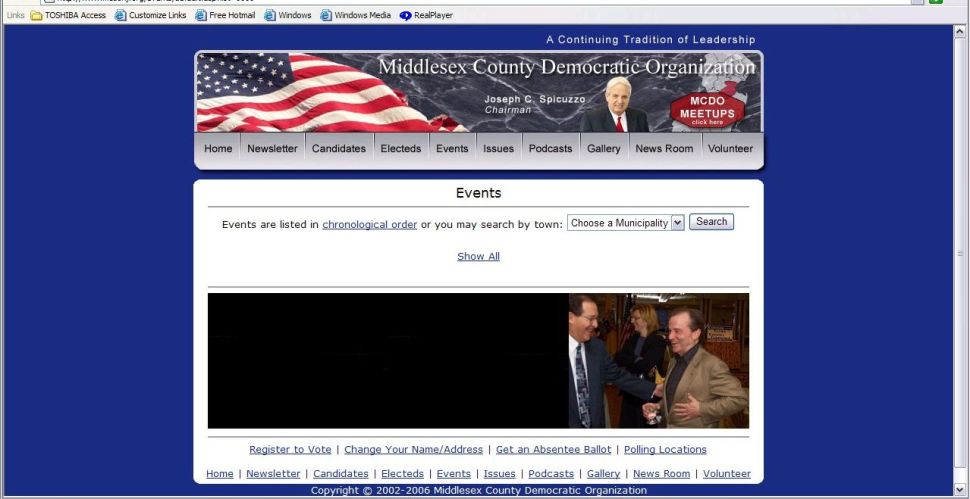