At exactly noon tomorrow, at the home of a retired Army Colonel, Glen D. Gilmore will announce if he will run for the State Senate or seek re-election to a third term as Mayor of Hamilton Township.

Since GOP State Sen. Peter A. Inverso made his surprise retirement announcement yesterday, Democratic Party insiders, to a man, say that party won't have a firm legislatve slate ironed out until at least the weekend.

Morris County Democratic Party Chair Richard McClellan says the party remains committed to state Rate Counsel Seema Singh, who won a party nominating convention on Saturday. But there's also some party buzz beyond the county about getting a strong, Hamilton-based candidate to go up against the Republican Senate candidate, Assemblyman Bill Baroni. Gilmore has expressed an interest in running for the State Senate in the past. 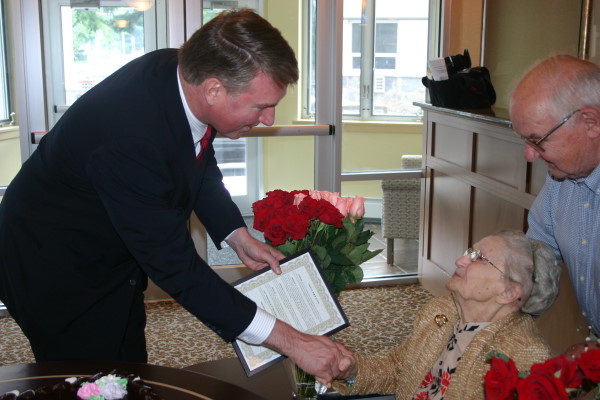