Mercer County Republicans chose Thomas Goodwin, a Hamilton Township Councilman, to run for the State Assembly in the 14th district, where GOP Assemblyman Bill Baroni is running for the State Senate.

Democratic Assemblywoman Linda Greenstein has not yet decided if she will seek re-election to a fifth term, or if she'll challenge Baroni for State Senate. 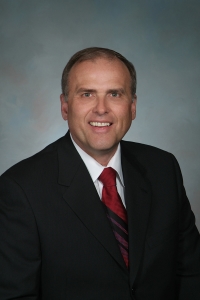