Rudy Giuliani is gently pushing back against the notion that he’s not loved by fire fighters. Giuliani’s campaign just sent out a letter from a retired fire fighter, which says:

“There is no one who respects firefighters and first responders more than Rudy Giuliani.”

It’s in response to a draft letter a national fire fighters union drafted, which urged their colleagues to say “hell no” to Giuliani’s presidential campaign.

The debate among people who are supposed to be Giuliani’s biggest supporters — fire fighters and first responders — has a swift boat quality to it.

The letter Giuliani’s people sent out is after the jump.

No American will ever forget the terrorist attacks of September 11th. As a firefighter, I know the courage and sacrifice the firefighters and first responders showed that day to rescue our friends and loved ones. I also greatly respect the leadership by our public officials. One of those people was Mayor Rudy Giuliani.

There is no one who respects firefighters and first responders more than Rudy Giuliani. That’s why I was deeply disappointed and disheartened to learn of the recent partisan political activities by the International Association of Firefighters (IAFF).

Those of us who have worked with him know that Rudy Giuliani has always been a steadfast and unrelenting supporter of firefighters and first responders. The IAFF’s accusations in its “draft letter,” which made its way into the hands of the media, flies in the face of the facts. It is offensive and inaccurate.

Firefighters have no greater friend and supporter than Rudy Giuliani and I am proud to join thousands of firefighters across the country in supporting him. 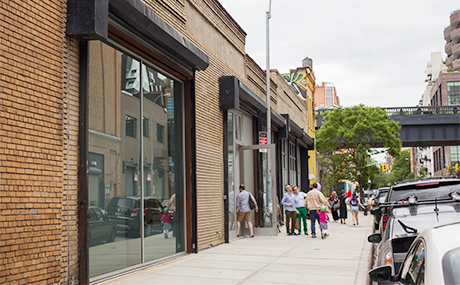