TRENTON – Clayton Police Chief Frank Winters, the Republican candidate for State Assembly in the 4th district two years ago and a Newfield Councilman, was charged today with stealing $150,000 from a Mothers Against Drunk Driving chapter he heads.

Attorney General Stuart Rabner announced that Winters and his wife, Bernice, were charged with a two-count complaint of conspiracy and theft by deception. Their alleged fradulent sceme involved a company they owned which was paid to produce promotional items for MADD, but which did not.

"The alleged scheme is shoking on a numberof leveles," Rabner said. "Mothers Against Drunk Dirivng is a hard-working, grassroots organization founded more than 25 years ago to combat drunk driving and underage drinking. Ripping off donations to MADD, which were intended to make our streets and highways safer, is unconscionable."

The Winters' are both former leaders of MADD at the state and local level. They are both former chairmen of the New Jersey state chapter of MADD, and Chief Winters was also a member of the national board of directors.

David Wald, a spokesman for Rabner, said that Winter was not arrested.

"He is not in custody. He has received a summons to appear in Newfield Municipal Court on May 1st," said Wald. "He is, of course, no longer police chief.. relieved of his duties this morning."

The Atttorney General said Gloucester County Prosecutor Sean Dalton has taken over supervision of the day to day operations of the Clayton Borough Policer Department. 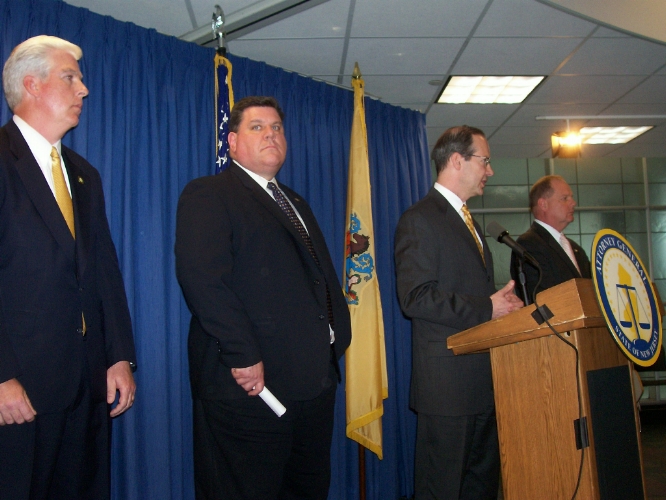