TRENTON – Moments before filing to run again in the 28th district, Assemblyman Craig A. Stanley said he supports his uncle, Assemblyman William Payne, for State Senate in district 29.

Payne never showed up Monday to file to run as a Democrat, and the word is he will run as an independent in the November general election against State Senate candidate Teresa Ruiz.

"Bill Payne is a veteran legislator with an impeccable record," said Stanley, who is running on a ticket with State. Sen. Ron Rice and Assemblywoman Odaline Truitt. "Bill Payne is the best person in the city of Newark to represent that district."

A few hours after the news that district 29 State Sen. (and former Newak Mayor) Sharpe James would not be seeking re-election, Stanley paused to recognize James' service.

"We should applaud Sharpe James for his efforts on behalf of the people of the City of Newark," said the Assemblyman, "particulalry in the area of new building and constuction." 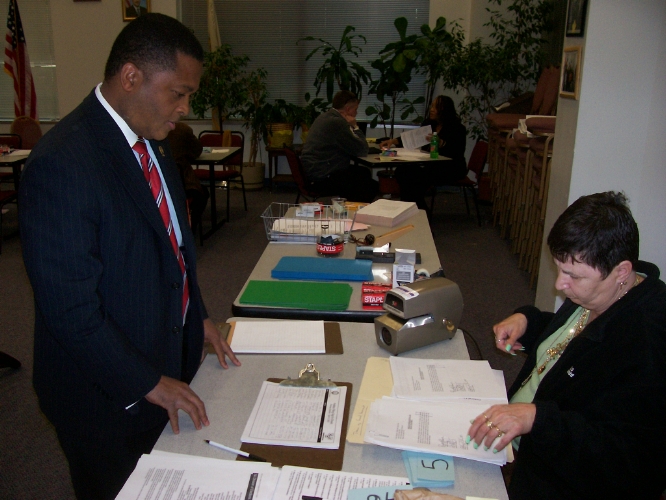