Former House Speaker Newt Gingrich said age shouldn’t matter in 84-year old Sen. Frank Lautenberg’s re-election bid in 2008. It's always been about ideas, says the former Georgia congressman, and he’s not going to be inconsistent when it comes to an aging New Jersey lawmaker.

What Republicans should oppose is not his age, but what he stands for, his ideas," Gingrich told PoliticsNJ.com at a book-signing in Border’s in Bridgewater Monday evening. "A lot of these older senators win re-election because they’ve been around for years and they’re well known. Look at Sen. (Robert) Byrd in West Virginia. But the primary issue must remain, ‘Where does he stand on tax issues? Where does he stand on the issues that matter to voters in New Jersey?’"

In town to discuss his book, "Pearl Harbor, a Novel of December the 8th," the latest in a series of historical works he’s writing to help understand the future course of America, Gingrich wouldn’t say whether or not he’d run for president in 2008.

He told the standing-room only crowd that he finds the state of presidential politics deplorable, and continues to advocate nine, 90-minute debates – one per week from Labor Day to the November election – as a determination of candidates’ fitness for office.

To date it’s been a disaster this political season, in his view.

"I’ve looked at several debates on both sides of the aisle and they verge on pathos," said Gingrich, who likened the media-controlled, sound-bite confined candidates to American Idol contestants.

"It demeans the presidency," said Gingrich, who resigned from the House seven years ago after Republicans suffered a midterm loss under his leadership. He said he broke down and watched the Republican presidential debate only after prodding from his wife.

The Democratic contest, understandably, was even more painful.

"When Brian Williams asked John Edwards in that one debate about the price of his haircut, the correct answer was, ‘Have you lost your mind?’" said Gingrich, who called most of the questions "stunningly stupid."

In another nod to the past, he called Ronald Reagan the greatest president since Franklin Delano Roosevelt. 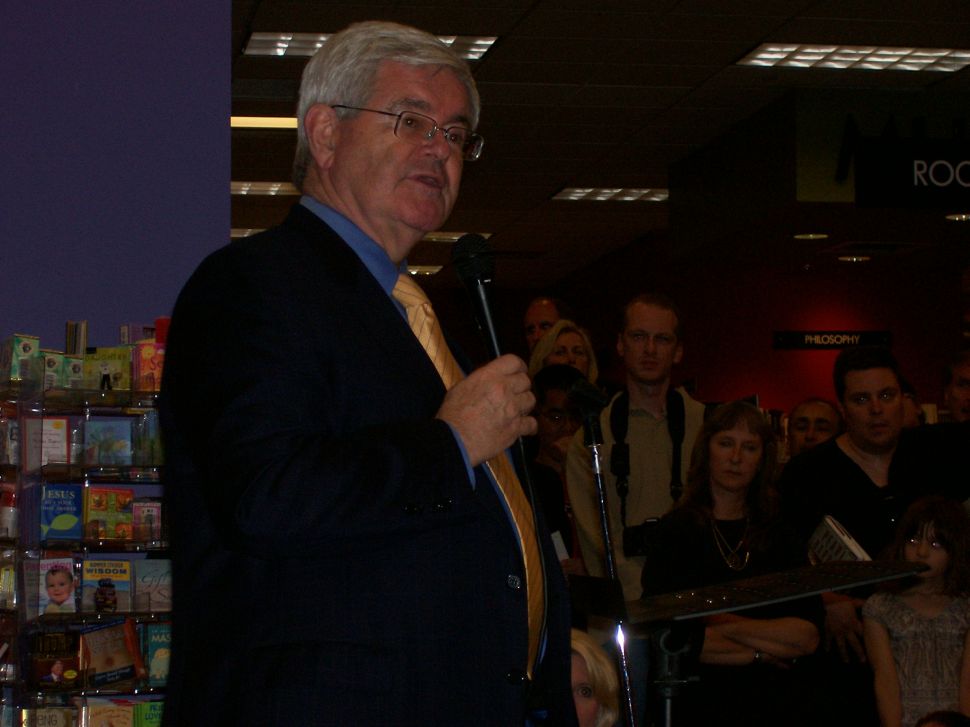