It’s been a busy year for Rush Holt, the “rocket scientist” representative from the 12th district. Nancy Pelosi recently named him Chairman of the new House Intelligence Panel, and now, after four years of trying, Holt is finally going to get a vote for one of his pet bills, the Voter Confidence and Increased Accessibility Act.

“Since I came to Congress eight years ago, I never stopped to think what would happen if I was in the majority,” said Holt. “I’m certainly much busier… Now the things I do have the potential of becoming law.”

The act languished for years in the House, after Holt and California Congresswoman Zoe Lofgren first proposed it in 2003. But the Democratic takeover of Congress has paved the way for it to finally reach the House floor. It just made it out of committee this month and is slated for a vote any day now – possibly within the next couple weeks.

If passed, the bill will require all electronic voting machines in every state to print out a paper record of each vote cast – something New Jersey law already requires by January, 2008. It will also require frequent audits of the machines, to make sure they’re functioning properly.

The bill would insure against vulnerabilities of some states’ electronic voting systems, like uncounted votes and vote flipping – not outlandish scenarios, according to Matt Dennis, Holt’s press secretary. Dennis pointed out that 18,000 electronic votes were not counted in Florida’s thirteenth district during the 2006 midterm election. In that race, Republican Vern Buchanan beat out Democrat Christine Jennings by just 369 votes. Though he couldn’t think of specific instances of miscounts in New Jersey, Dennis said that the nature of the older electronic voting machines makes it impossible to be certain that it hasn’t happened here.

“If there are no mandatory audits of voting machines to make sure that the electronic memory is matching up with the votes that are actually cast by voters, there is no way to tell whether or not vote flipping is occurring, or whether or not there are under vote,” said Dennis. “It’s absolutely conceivable that unverifiable voting systems affected the outcome of the election.”

New Jersey machines already have an auditing capability, though state law does not make audits compulsory. Only six states would require a thorough overhaul of their elections systems under the bill: Delaware, Georgia, Louisiana, Maryland, South Carolina and Tennessee, and federal aid of $1 billion dollars will help them comply.

“In the next federal election- November, 2008, there would be no voter who wouldn’t have an opportunity to verify the vote on paper,” said Holt.”

The bill has gathered a fair share of attention, getting a glowing editorial from the New York Times last week, and two critical editorials from the Washington Post. It has also run into some partisan opposition. It passed the House Administration Committee along party lines, by a vote of 6-3, although Holt claims 20 Republican co-sponsors for it.

Some groups representing election officials opposed the measure, arguing that it doesn’t provide enough time for districts to get their equipment up to snuff or take into account regional differences.

“The whole bill is one size fits all with unrealistic and unworkable deadlines and mandates,” said Jim Philipps, spokesman for the National Association of Counties, who said the organization supports the goal of verifiable voting but doesn’t believe the bill is realistic in the timing of its implementation. “You’re asking every county in the nation to purchase new electronic voting equipment and hope that it works.”

But Holt dismisses the criticism. Pushback from some elections officials is to normal, he said, as they get nervous about implementing the reforms before the next federal election. He provided a list of five states that made major overhauls to their voting systems over a time period of one year or less: California, New Mexico, Nevada, North Carolina and West Virginia. 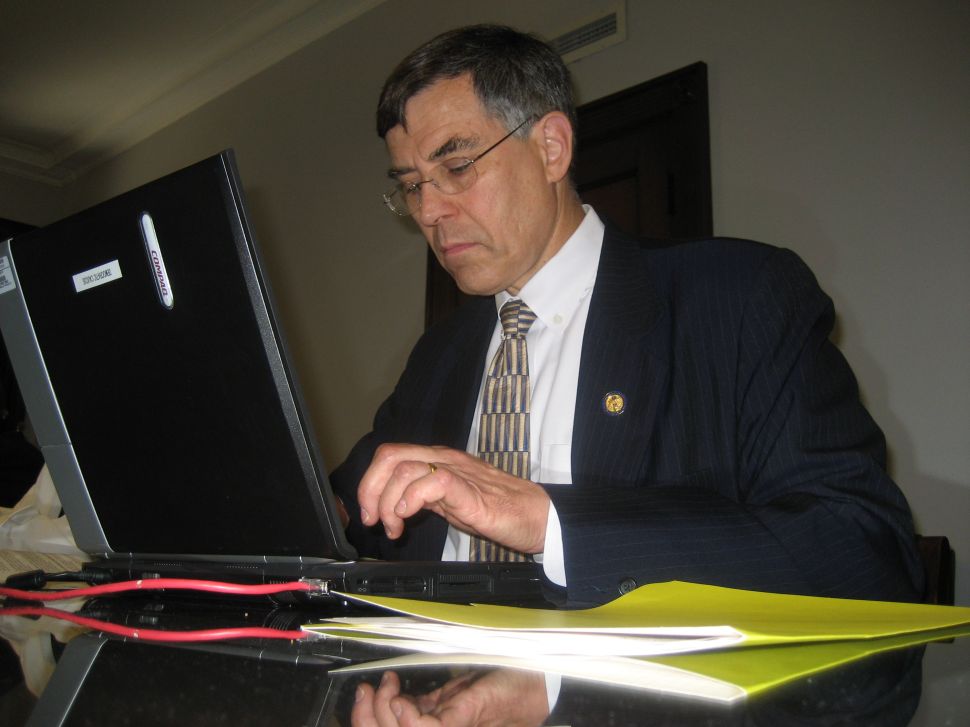