In the race to represent Hoboken in the State Legislature, one-time political allies Carol Marsh and Ruben Ramos must resign themselves to what happens at the top of their respective tickets.

That has not happened in almost 15 years, or ever since Bernard “Bernie” Kenny began his service as district 33 state Senator, where his steady consolidation of power in Hudson County as chairman of the Hudson County Democratic Organization (HCDO) assured Hoboken of prominence.

Now Kenny’s retiring, and the power is shifting.

In the face-off between his would-be successors, Union City Mayor (and Assemblyman) Brian P. Stack and West New York Mayor (and Assemblyman) Silverio “Sal” Vega, Stack’s the favorite over a candidate who admits he’s running in large part to protest the disrespect Stack showed Kenny when he all but pushed the older man aside in his eagerness to be senator, in Vega’s view.

Marsh and Ramos have fought on the same under-card before, when they fought together for the city council in 2001 on a ticket beneath Mayor David Roberts.

The fact that Ramos, a Hoboken councilman for eight years, has now aligned himself with Stack, gives him the edge in his own Assembly contest with Marsh. But ironically, it’s Marsh who built the record of recalcitrance in her years on the council, standing up to Kenny and his ally Roberts on the issue of committee appointments, and later challenging Roberts for mayor and losing in a run-off election in 2005.

To her critics who wonder how she could now ensconce herself behind the walls she once hit with a battering ram, Marsh says she never changed her principles.

“The HCDO reached out to me,” said Marsh, a former vice president of Goldman Sachs who in middle age went to college and earned her Bachelor’s in December of last year. “They haven’t asked me to change at all. The organization recognized it needed to change, and they reached out to people outside the organization.”

Marsh says the “credibility question” cuts closer to Ramos, who allied himself with Roberts during those council battles, and now saddles up with the insurgent candidacy of Stack.

“He (Ramos) stood shoulder to shoulder (with Roberts) and never disagreed as far as I can remember,” Marsh said.

When Stack came calling, enticing the middle school teacher and Hoboken native with the promise of an Assembly candidacy, Ramos went into battle-mode, denouncing Roberts’ leadership as sleepy disengagement, according to Marsh.

But Ramos and his allies on the council argue that Stack is loved in Union City because of his work with the poor, and they have found in Stack’s advocacy the passion lacking in HCDO leadership of late. Ramos’ fellow councilman, Christopher Campos, who grew up in a4th ward housing complex, says Stack with his civic association once delivered 500 Thanksgiving turkeys to the disadvantaged in Hoboken.

To Ramos, Campos and Councilman Michael Russo, Stack “leads by example, and gets down off the pedestal and gets dirty.”

Sometimes, he has no choice.

“Most of the mud in this race has been thrown at Brian Stack, and of course, you have to feel for him,” said Ramos of Stack’s struggles against the HCDO’s negative ad blitz. “It makes me want to go out there a ensure a victory for our team.”

To the charge that he could be controlled by the powerful Stack, Ramos says he is accountable only to the voters.

And as the aging county boss grabbed headlines when he slapped Russo in front of City Hall last week in the mounting inevitability of his departure from public life, and the long power shift drags on until the end of the year, Kenny continues to receive praise from his supporters, old allies and new, who never said he was perfect.

“He’s been a presence for a long time, and that’s going to change,” said Marsh. “He’s made room for me on this ticket and I appreciate that. Bernie Kenny and I have bumped heads a lot. But in the end he has done a lot of things for a lot of people, and he’s going to leave an enormous hole.” 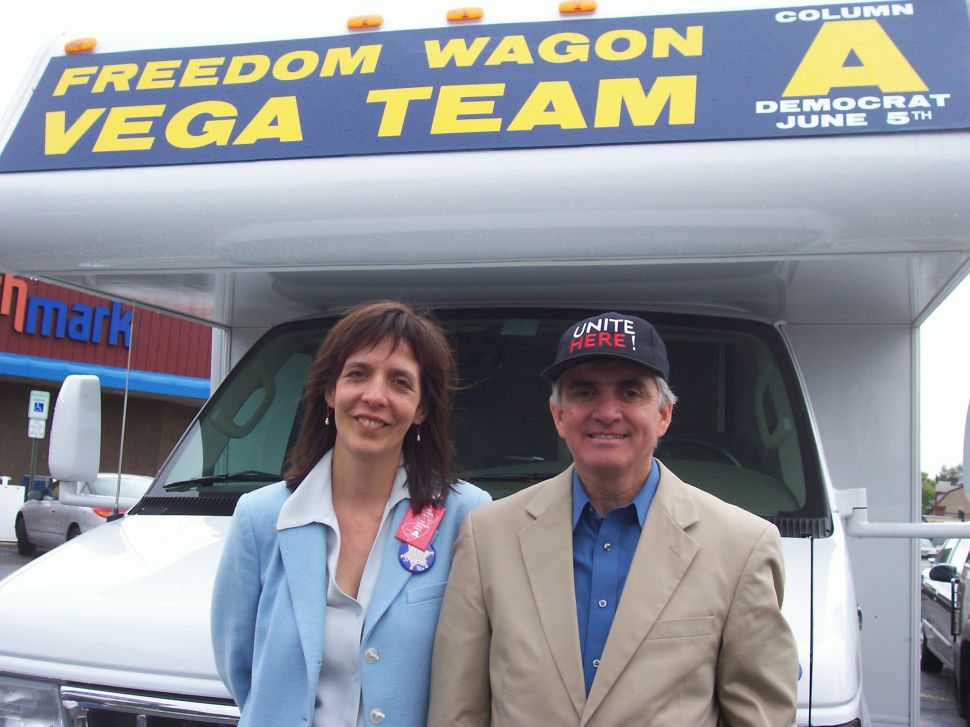