What’s at stake: A Silverio "Sal" Vega victory in the 33rd District means the Hudson County Democratic Organization can keep the roughneck Stack at least partially in his cage.

What makes him tick: A proud Cuban-American, the West New York Mayor (and Assemblyman) Vega is all heart.

Liability: A proud Cuban-American, Vega is all heart. Yes, repetition intended. Vega’s decision to block the Cuban Independence Parade could years from now in the annals of Hudson County history be cited as the reason he lost the election, but the truth is the biggest handicap for Vega all along has, of course, been Stack and the Stack machine. A freeholder with years of experience on that front, Vega came late to the game of state and executive municipal office, having been appointed to the mayoral and assembly posts he now holds just last year. He has shown fighting pluck as expected, but without the deep Rolodex of his rival he just doesn’t have the traction or name recognition of… you guessed it: Stack!

X Factor: It was supposed to have been the Freedom Wagon, which Vega is driving around his opponent’s turf in an effort to connect with "la gente." The trouble is the luxurious, gas-guzzling RV gives Vega the appearance of a bewildered mid-western tourist in search of the Turnpike on the back-roads of Union City, and hardly conveys Hudson County populism.

Best quote of the campaign: Asked about the "triple dipper factor," the fact that he has three government jobs stacked (there’s a variation on that word again) on top of one another in his roles as school athletic director, mayor and assemblyman, Vega shot back, "My father worker in a factory, a restaurant, and sold jewelry on the side. He was a triple dipper, too. That’s where I learned it."

Conventional Wisdom: The embattled star of an ongoing miniseries called "The Public Transgressions of Brian P. Stack," which is tanking in the ratings, Vega has two weeks to go of running around with desperation moves before Stack puts him down for the count on Election Day. 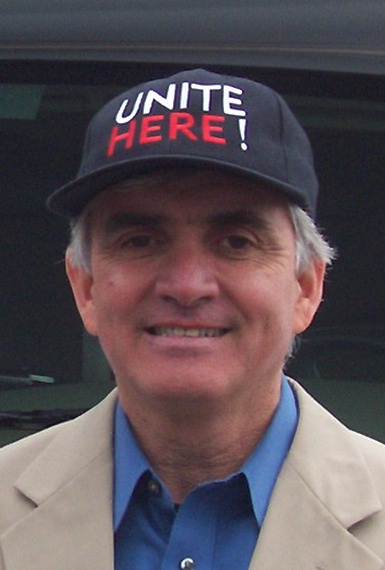