Although they come from the same neighborhood, these men tell different stories about their past.

They’re the same age. They graduated from high school in the same era and in their early 60s now they’re old enough to recall another Newark, distant from the one that exists. As African-Americans inspired by King and Malcolm X and the pressures of history on urban America, Ronald Rice and Bilal Beasley started their public careers in local government, Rice in 1978 on the Newark City Council and Beasley in 1984 on the council of neighboring Irvington.

They have their own scars, but their memories diverge most starkly when they reflect on what drove them into politics.

"Growing up in Newark I remember the best years were spent in the YMCA and the Boys Club, where a lot of the youth development activities took place," said Beasley, who serves as an Essex County freeholder in addition to city councilman, and is Rice’s challenger in the 28th district state Senate contest.

Beasley and his late twin brother Daniel excelled in basketball, and were the starting forwards on that championship West Kenney Junior High School Basketball team in 1961. It was hard to match the exhilaration of sports competition. But there was also during that time a youth organizer Beasley knew named Lamont who taught the boys about the importance of understanding American social structures.

"We used to practice basketball and play ping-pong, and then we’d civics classes, and he’d organize us into president, vice-president, and secretary and tell us, this is how any organized group operates, and you have to understand this if you want to understand teamwork and how it applies to business or government," said Beasley. "When I remember my own youth from the early 1960s, I think the problems that beset urban areas are related to budget cuts in recreational and after school programs, which have literally put 1000s of young people in the street."

Then there’s Rice, who recalls how he came to be forged in the furnace of American politics. He was ready to go to Howard University, he says. But instead he was drafted.

Returning to Newark from Vietnam, where he served as a Marine in third recon, "It wasn’t the night after, it wasn’t the night before, it was the night the Newark riots started in 1967," said Rice. "That’s what I came home to after Vietnam. My city had changed."

Now Newark has changed again, and Rice, who has complied a liberal voting record over the course of 20 years in the state Senate, must fight hard to keep his seat, where he represents parts of Newark, Irvington, Bloomfield and Belleville.

Vanquished by Cory Booker at the ballot box in last year’s mayoral contest and an outcast from the Essex County power structure, Rice says he’s no less willing now to go toe-to-toe for the district’s future, and it’s precisely because he agrees that Newark and Irvington need more money for schools and youth programs, that he worries about Beasley’s connections to Booker, whom he says is a charlatan bankrolled by big money interests.

"I haven’t seen anything of substance out of that campaign, just his (Beasley’s) picture with the mayor," said Rice. "I guess they realize they can’t match our experience. But what the hell do New York hedge fund companies and mortgage people care about Irvington? These are some of the people donating to Beasley’s campaign."

Rice has no problem with teamwork talk and basketball analogies.

"You just don’t put in a bench-warmer when the game is tight and you’re losing," the senator said. "When I was first elected to the city council in 1978, the people called for me. I didn’t know anything about Essex County politics. The politicians didn’t put me on the council, the people put me there, and I was a councilman for 16 years."

Yet if the chief criticism of Booker’s district 29 slate of candidates is youth and experience, Beasley in his district 28 bid also offers blue collar credentials. He started out in the local parent teacher organization, and worked to get local candidates elected to the school board. From the beginning, he insists, he’s focused not so much on the personalities attached to candidacies as much as the issues, public questions, like putting strictures on trucks that spew diesel fumes when they idle, and working in recent years out of the state monitoring and supervision wrought by Irvington’s worst days.

The Beasley family has always managed businesses – gift shops or restaurants in the Newark-Irvington area, and he and his brother used to go into New York City and buy suits, bring them back and sell them in Newark. He says he’s spent his life building his reputation in the community. His own first name refers to one of the world’s first converts to Islam, who, in Beasley’s words, "was a man of color who called people to prayer."

The pride in the journey of his people shows in African-American artwork in his office, images of jazz and a prominently placed portrait of Dr. Martin Luther King, Jr. and Malcolm X.

"What I came away with from those two was Martin represented the traditions of being God-fearing and preaching about the ills of society in a way that brought a lot of our people together," said Beasley. "Malcolm got our people to focus on who they were as people, and really brought about a lot of race pride."

Lionizing the leaders of the past is fine, the senator says, but Rice doubts Beasley’s ability to be independent from that decidedly powerful leader of the present, namely Democratic Party king-maker Steve Adubato, a Booker-backer who also supports Beasley.

Beasley shrugs off the dig with a smile. A survivor of heart surgery who mourns his brother and teammate who died last year after battling a heart condition of his own, Beasley doesn’t let himself get ruffled.

"I think the opposition, which is having a challenge at this time, is turning Steve Adubato into the bogeyman," he said. "If you examine the situation closely you’ll see that Adubato has earned his organizational representation, in part through his work with children, charter schools and senior care. The politics serves these interests.

"It’s not unusual for people to say someone else is controlled, when they’re in disfavor," Beasley added. "It’s not about Steve Adubato, or any one person. It’s about a lot of people coming together who have qualifications, who know about local involvement. My own reputation speaks for itself. I look at this as a ‘we’ thing not a ‘me’ thing."

According to the New Jersey Election Law Enforcement Commission, Beasley has more cash for the home stretch: $67,243 to Rice’s $32,830.

"But it’s all going to come down to who mobilizes his support on Election Day," Beasley said. "It’s tough to get people out for a primary, but that’s the challenge. Whoever does that, wins."

Notwithstanding a county structure aligned with Booker that could sabotage him, in his words, Rice says as long as the people are allowed to vote and not trip-wired by Diebold, he’s not worried. He says he doesn’t need a power broker to back him up, or money from New York; the people in his district know him, and as he looks for the votes that eluded him in the mayoral race last year, in the face of Booker orBeasley, he’ll walk those same streets he walked when he came back home heartbroken to Newark from the war, and win. 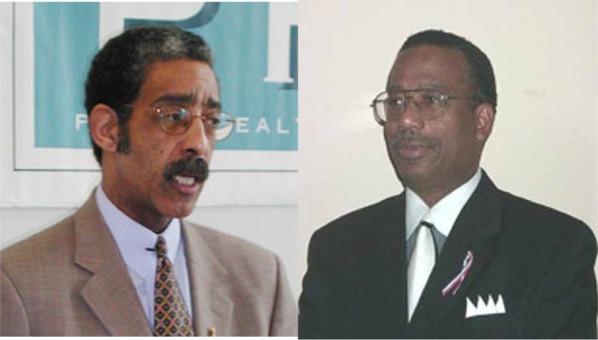