When conservative Jay Webber ran for the State Senate four years ago, he found himself battling a liberal incumbent who, for the campaign, positioned himself to Webber’s right. The more Webber battled, the more money the incumbent spent refusing to move over.

Now, State Sen. Robert Martin is retiring, and with Assemblyman Joseph Pennacchio moving up to the Senate, Webber is battling Martin’s old advisor in a hotly contested primary for an open Assembly seat.

And Lawrence Casha is using Martin’s old campaign strategy: he’s trying to position himself as the true conservative in the race – doing whatever he can to prevent Webber from moving him out of line.

It’s a three-man Republican primary for two seats in the Assembly in district 26, but Webber and Casha, a former Kinnelon Council President, both support the incumbent, Assembly Minority Leader Alex DeCroce. They say they are strictly vying for Pennacchio’s Assembly seat.

Casha, a longtime GOP insider and fundraiser with a strong base in Montville, where he grew up, has won the most endorsements of elected officials and party leaders.

Webber, a former congressional aide, has strong ties to conservative activists. This week he picked up the endorsement of New Jersey Right to Life. He also has the organization line in Passaic County, home to thirty percent of the district’s voters. He shares the party endorsement with Pennacchio and DeCroce.

Perhaps the chief distinguishing feature in the race so far is Casha’s background in local government in Kinnelon, which he proudly presents as an asset, and which Webber, who’s never held elected office, cites as Casha’s main weakness.

"I’m the only person in this race with experience holding local office," counters Casha – emphasis on the word "local" – who’s also hasty to cite his hometown roots and business experience.

"I’ve had to meet payroll," says Casha, referring to the 10-person law office her runs with his wife. "I’m sensitive to the needs of small business."

Webber, a lawyer like Casha, but with a huge national firm, makes his opponent part of the problem when he talks about cleaning up the mess at all levels of New Jersey government. During a week in which Gov. Jon Corzine signed legislation halting taxpayer-funded pensions for newly elected and appointed officials and said the state needs to implement further cost-saving measures in this area, Webber maintains a frontal assault on Casha.

He says as a part-time councilman, Casha was eligible for health benefits, which he could have received under state law, had he been authorized by ordinance from the council. Webber says Casha received the benefits, without the council first making that authorization. If elected, Webber says he would ban healthcare benefits for part-time elected officials.

Casha says his receiving health care benefits was not illegal, and counters that his work as an elected official must not be discounted at a time when the state faces a budget that ballooned from $21-$22 billion to $35 billion, just in the past half dozen years. As a councilman, Casha argues, he "held the line on property tax rates… for three consecutive years by cutting spending and sharing services with neighboring towns."

But Webber refuses to back down.

They both want to cut and cap state spending.

Casha wants the help of a professional auditor, coming from the outside, to professionally evaluate every state agency. He did that in Kinnelon, and argues it worked. Webber disagrees, saying that getting an auditor to eyeball the budget whether at the state or local level represents an abdication of responsibility by the elected official, in this case, Casha.

They believe New Jersey should step up and tackle immigration reform as long as the federal government doesn’t.

"It’s illegal aliens, not immigrants," says Casha, who wants stricter penalties for employers who give work to illegals, and a better worker documentation program for the immigrants themselves. "I’m not wild about the fact that taxpayers are picking up the bill for the education of illegal aliens’ kids," he adds.

The two candidates oppose civil unions. They want to see the state cut schools from the Abbott District rolls, and philosophically they are similar when they challenge the constitutionality of the State Supreme Court setting the rules for how schools are funded in the state. They both oppose the Highlands Act, which Martin sponsored in the Senate.

"The Highlands Act undermined two important principles," says Webber. "It undermines the right of citizens to control their own property; and the rights of individuals to write their own zoning laws."

At a time when the state’s elected officials are wallowing in negatives, Webber is hoping hardliners here take some of their throw-the-bums-out angst to that ballot box on June 5th and go for purity, while Casha is banking on a basic conservative belief that experience matters. 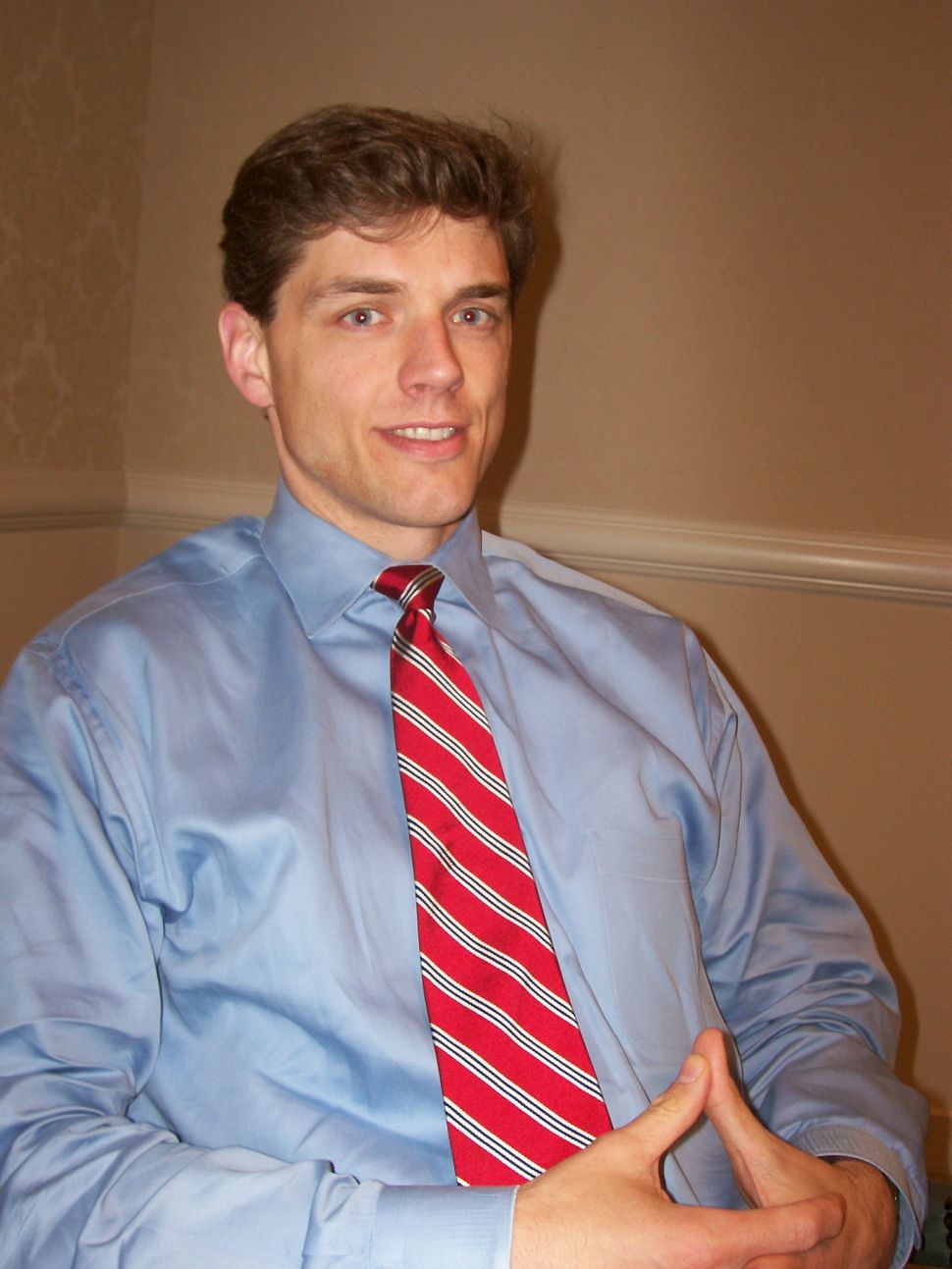