A bill banning dual office holding sponsored by Assemblyman Michael Panter doesn’t hit hard enough, according to Republican critics, most of whom voted for the measure anyway Monday, saying something’s better than nothing and acknowledging it would be tough to face constituents if they voted against any bill that takes a crack at the practice.

The final vote tally for Panter’s bill, which bans dual office holding for those elected after Feb. 1, 2008, and grandfathers the 21 legislators who currently hold more than one elected post at the same time, was 69-3-8. Republican Assemblymen David W. Wolfe and Peter Biondi voted against it, as did Democratic Assemblyman (and West New York Mayor) Silverio Vega, who’s explained in the past that at least he’s honest in his belief that holding more than one elected office at once isn’t a crime.

The man who just vanquished Vega at the ballot box last Tuesday in their bid to be State Senator shares that belief. Assemblyman (and Union city Mayor) Brian P. Stack abstained from voting on the bill today, and later explained.

"Dual office holding is not a bad thing," said Stack. "I believe we’re making a lot out of nothing. It helps me be a better legislator to know the local government. I just felt out of respect for the leadership I abstained."

The biggest slam against the bill came from Assemblywoman Jennifer Beck, who in the midst of some bi-partisan back-slapping stood up and told her district 12 rival Assemblyman, the author of the bill, "I do not congratulate you on your abandonment of principles," and urged her colleagues to return the bill to committee for second reading.

That motion went no where, and then Assemblyman Guy Gregg was up, railing against the bill he said would easily pass in both chambers before going to Gov. Jon Corzine.

"I’m challenging the governor to fix this bill," said Gregg, who likened the measure to a half loaf.

Assemblyman Joseph Cryan defended Panter’s bill, specifically the grandfather clause, on grounds that it respects the rights of those citizens who have already cast their votes for elected officials holding dual offices. Legislation banning dual office holding instantly would banish 21 lawmakers from all but one of their offices, and amount to trampling on the voters, said the Assemblyman.

"This bill respects those votes," said Cryan. "You (the voters) have the right to judge that performance. …It’s insulting that their votes are somehow diminished. The rights of voters continue to be paramount."

Cryan admitted 14 of the chamber’s 21 dual office holders are Democrats, but strived to characterize the issue as bipartisan, and argued the beneficial effects of putting the brakes on future dual office holding. 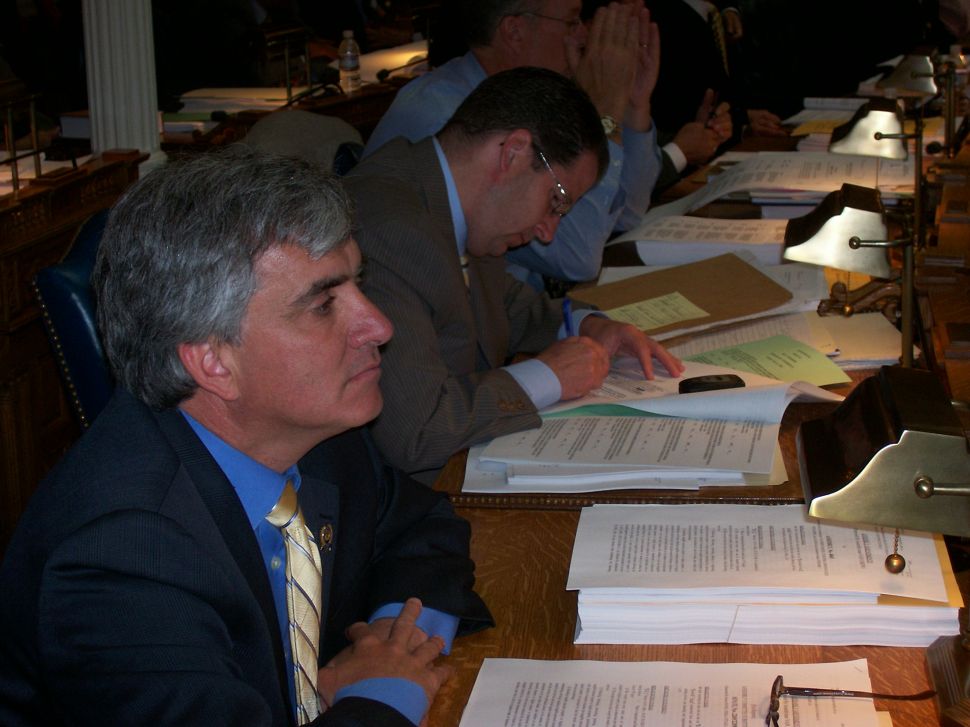