The Bergen County Republican Organization has paid for a direct mail piece that calls Kevin O'Toole "the Republican Al Sharpton" — saying that O'Toole's "Asian/Korean" heritage gave him protection in redistricting. According to the BCRO, three other Republican legislators lost their seats because O'Toole was "given protection as a minority." 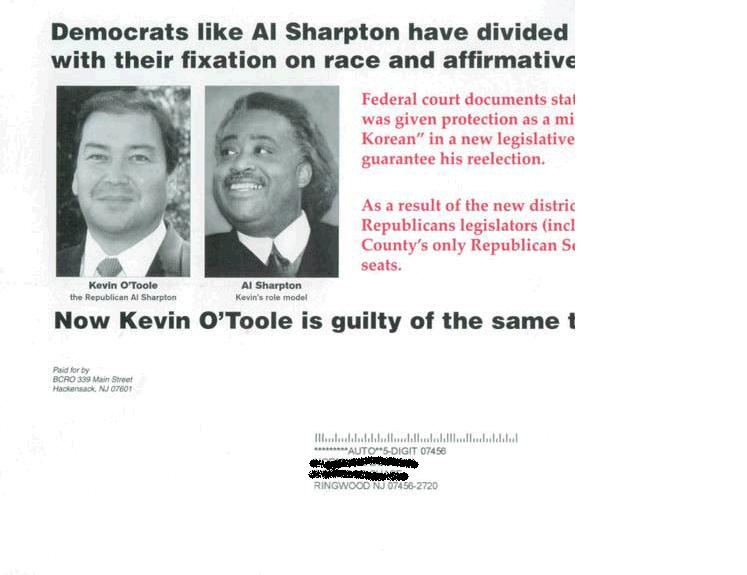