Presidential candidate Ron Paul calls himself a Constitutionalist, who’s apt to invoke a negative whenever the conversation turns to taxes, and for that the Texas lawmaker is known on Capitol Hill as Dr. No.


The fact that he was one of only a handful of Republicans in the U.S. House to live up to his moniker when he resisted giving President George W. Bush the authority to invade Iraq simply gilds the Paul package in the minds of his supporters.

"He was against the war, he is against preemption and he supports getting rid of the Federal Reserve," said Jeff Olen of East Brunswick, holding a corner of a Ron Paul banner with other backers of the candidate on Route 1 in Lawrenceville Township Thursday evening.

"He’s the most conservative member of Congress," said Mike Mitrosky of Old Bridge.

So far Paul’s aversion to budget pork and weapons of war hasn’t translated into anything other than scattershot support, and he’s flat-lined in the polls in New Jersey.

"In New Jersey we do not have a state office of a state coordinator," said Andrew Mitchell, spokesman for the Paul for President Campaign based in Virginia.

But grassroots supporters like Mitrosky and Olen are only too happy to take up the slack.

"He has a consistent voting record," Olen said of Paul. "How much worse can we do than what we’ve got now?"

A tiny but hard-boiled group called the Mercer County Supporters of Ron Paul, the organizers at the very least want to be a visible presence in upcoming area parades and events, and lend their insights to the blog war in favor of Paul. 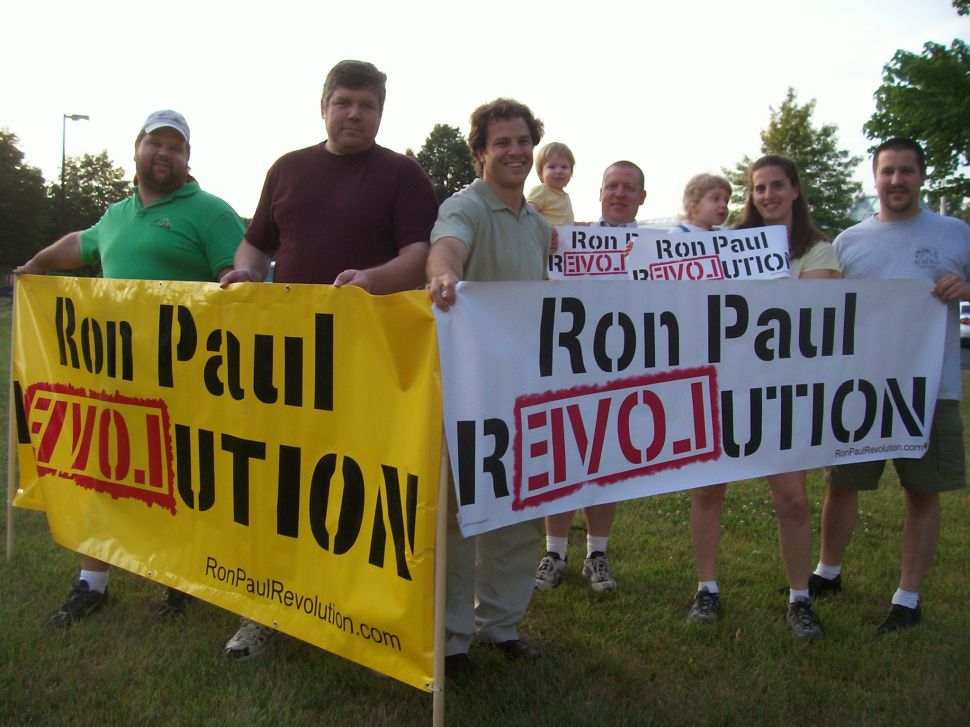