James Sheeran, the former state Insurance Commissioner who passed away this week at the age of 84, had the kind of life story voters love in a candidate.

He was the quarterback of a state championship football team, a World War II hero who, after his capture by the Nazis, escaped from a train headed to a POW camp and fought with the French underground before rejoining his unit. He went to law school, worked as an FBI agent, and in 1958, at age 35, was elected Mayor of West Orange.

Sheeran was the top vote getter in that race — he received 9,179 votes, while the incumbent Mayor, Walter Quinn, had just 6,162 votes.

Three years later, Sheeran made his only bid for higher office: a run for Essex County Sheriff. The incumbent, Republican Neil Duffy, was not seeking a third term and Robert W. Kean, the father of the future Governor who had become Essex GOP Chairman after losing the 1958 U.S. Senate race, was backing Freeholder William MacDonald. Sheeran lost that primary, and MacDonald, a former Assemblyman, went on to lose the General Election to Democrat Le Roy D’Aloia, who was the Speaker of the New Jersey State Assembly.

Sheeran won re-election as Mayor in 1962, and didn’t run again in 1966. The 1960’s were years of tremendous opportunities for Essex County politicians — especially when Essex went from one State Senate seat to six — and West Orange was a swing town in a very politically competitive and important county. But Sheeran passed up chances to run against Congressman Joseph Minish, a West Orange Democrat elected in 1962, or for the Legislature at a time when eighteen different Republicans won election to the State Senate and Assembly in races he was eligible to run in. Sheeran was a natural politician, but that was not the life he wanted.

When Brendan Byrne, a high school classmate and longtime friend, ran for Governor in 1973, Sheeran became Chairman of Republicans for Byrne. He spent the next eight years in Byrne’s cabinet as Commissioner of Insurance. 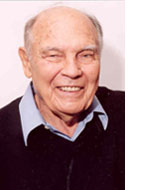