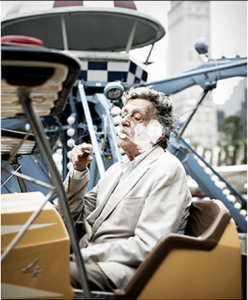 Famous Last Words have been the object of fascination ever since famous people started uttering them. Caesar said “And you, Brutus?” Oscar Wilde made the joke about the ugly curtains.

To the disappointment of the many who held Kurt Vonnegut in similar esteem, the writer was robbed of any significant last words when he lay unconscious after a sudden fall until his death on April 11, 2007.

For newspapers and magazines of a certain stripe, Last Interviews are the next-best thing.The Chicago-based political magazine In These Times, to which Vonnegut was a frequent contributor, published one of them; another was printed in the June issue of an in-flight magazine published by US Airways. A public radio show called The Infinite Mind presented a third in the virtual-reality world of Second Life.

Which of these is the real last interview? None of them, as it turns out.

Mr. Vonnegut and host John Hockenberry of The Infinite Mind appeared as animated characters and broadcast their conversation live into the virtual universe in August 2006. The interview was aired again on the radio show the following October, about six months before Vonnegut’s death.

In a July 9 phone interview, Mr. Hockenberry told The Observer that he and Mr. Vonnegut were “old pals” and that he had appeared on Infinite Mind before; producers who reposted a link to the interview online after Mr. Vonnegut’s death labeled this one “his last interview for the Infinite Mind.”

Overzealous linkers itching for the author’s last words were apparently confused by the phrasing, and as a result, it is referred to in a few places on the Web as Vonnegut’s last interview ever.

With Infinite Mind thus out of the running, literary historians are left with a face-off between J. Rentilly, who conducted the US Airways interview, and Heather Augustyn, who did the one for In These Times.

Both of their pieces were presented as straight Q.&A.’s—Mr. Rentilly’s ran in the magazine’s “Verbatim” department, and neither of them, naturally, knew that their conversations with Mr. Vonnegut were going to be among his last interviews with a journalist.

Ms. Augustyn spoke to Mr. Vonnegut for a piece she was working on for the Times of Northwest Indiana, anticipating a speech the writer was scheduled to give in Indianapolis in late April (The speech, which ended up being delivered by his son Mark, was supposed to be a crown jewel of the city’s yearlong celebration of Vonnegut’s work.)

When Ms. Augustyn reached Mr. Vonnegut by phone on February 28, she only had time to ask a few questions before he told her, eight minutes in, that he was feeling too sick to continue. 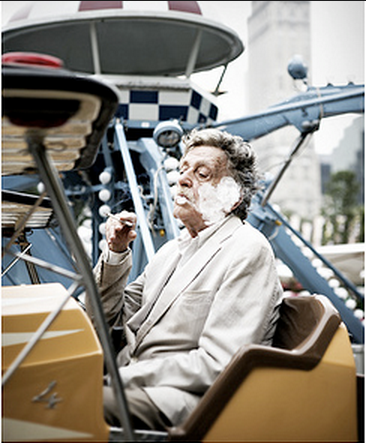 Filed Under: Media, Lifestyle, Home, Off the Record, Kurt Vonnegut, Last Word, In These Times, The Infinite Mind