He would go to a park and if people were playing soccer he’d take off his suit jacket and get in on the game, if we went to a Latino party he would dance the meringue, he’d talk baseball with anyone in a diner, he was a big Jackie Robinson fan.

But there was another side to the fit and flamboyant Sharpe James, who served as Newark’s mayor for 21 years, and it took a battery of federal law enforcement officials led by U.S. Attorney Chris Christie to unravel it all out into the daylight Thursday afternoon in Newark.

It’s a hefty, 33-count indictment, including 17 counts of defrauding the residents of Newark with credit cards, four counts of fraud involving local government receipt of federal funds, three counts of improperly favoring girlfriend Tamika Riley through the fraudulent sale of city properties, one count of conspiring to use the U.S. mail to defraud the public, four counts of housing assistance fraud, three counts of tax fraud, and one count of tax evasion. (Please see related story and press release for details).

"This is just another sad day for the people of this city and this state, who for too long have put up with the stench of political corruption," said Christie, 40 years to the day after Gov. Richard Hughes dispatched the U.S. National Guard to Newark with hopes of restoring order to a city in flames, only to unleash chaos.

Attorney General Anne Milgram, whose office worked with Christie to make the case against James, backed up the U.S. Attorney when she spoke of a city whose residents have long been paralyzed by lack of opportunity.

"This is a city that’s struggling to get a balanced budget and provide basic services to its people, where the median income is under $27,000, where 36% of the residents live below the poverty level," Milgram said. "Many of the city’s residents work in city government, and work everyday to show their commitment and to do the right thing."

Citing James’ lavish trips to five different countries and 11 states with taxpayer dollars – a $58,000 ring up – Milgram said the mayor who served until 2006 "put his own private interests before the public’s interests."

"This is an important case, because it’s about a violation of the public trust," said the attorney general..

When strongmen fall, the people in some countries run into the streets and celebrate, and true to Christie’s words, there was no champagne spraying on Broad Street today, no sense that the king was dead or wounded, though James stood in a federal courtroom downtown with arms unbent and hands cuffed.

The sadness of the city’s poor spoke on Broad Street.

James had filed into the courtroom in the Martin Luther King, Jr. Federal Building between men in blue jackets with the words "U.S. Marshall" emblazoned on them, with Riley, 38, the failed fashion store owner turned international arm candy for the married, 71-year old James. It was a bad, humiliating scene for the city’s once proud African-American mayor in his own town, as the pair appeared shortly after another man also faced Judge Madeline Cox Arleo on a charge of importing cocaine.

Following the hearing, Christie took an inevitable question about the timing of the hearing, how it coincides with the anniversary of the fighting between black residents and white National Guardsmen that left 26 people dead.

The flags in front of City Hall were at half staff to honor them.

"It should act as a beacon of hope," Christie said of the James indictment. "Honest public servants must make sure that the future of the City of Newark is brighter than ever before."

But some people see James as a hero, a voice cried from the press row.

"Sharpe James a hero?" he answered. "He flew to Pompano, Fl., to shop for a Rolls Royce for himself with taxpayer money."

"This indictment of James, all I will say is he’s innocent until proven guilty," said Assemblyman William Payne, who challenged James for the Office of Mayor in the early 1990s and is now running for James’ district 29 senate seat. "I have never been involved in that process, so I don’t know about the timing of it. A lot of what this U.S. Attorney has done has bordered on politics. I don’t know whether this falls into that category."

Others sized up the timing of the indictment as a cynical plug pull on a city reassessing its history.

"Somebody thought that was cute," said poet and self-proclaimed communist Amiri Baraka, who is featured in the film "Revolution 67" for his part in the conflagration.

"This attempt to discredit anything in Newark is aimed at setting the stage for (current Mayor) Cory Booker, that’s all it is," Baraka said. "It’s a very shallow indictment. It’s to protect Cory Booker and divert attention from his connection to corporations."

Questions to people on the street about James also quickly turned to comparisons with current Mayor Cory Booker, who offered no comment on his way into a roundtable discussion about the Newark riots at the city’s museum.

"Under Sharpe James we had better housing services," said Richard White on Broad.

"I have applied to the Newark Housing Authority," said White. "I’m on disability and I don’t get no help with my rent. But there’s no response. Since Booker came in Section 8 has shut down."

There was also indifference.

Two men, one a towering, muscular vendor wearing a Muslim kopiah hat and sunglasses and another one, shorter skinnier and older, stood at another cross street on Broad. The imposing man behind the shades sneered at a question about James and Booker and turned away. The skinny one inhaled, then blew a bored billow of smoke in the face of the questioner, eyes glinting with menace, as he flicked his butt into the gutter. "They’re all a-holes," he said.

A year into the charismatic new mayor’s first term, the tendency among some – on the streets and in council chambers – is to Booker-bash, but Yusef Beay, a onetime member of the Harlem Commandoes who now sells sunglasses downtown, said under the shade of his New York Yankees camouflage baseball cap, "The mayor’s job is only so much. If there’s a Federal Emergency Management Act, they can take that city council over just like that. We need to hold Booker accountable."

As for James, the structure of Newark was bigger, older, more sinister than him, too.

"In the field of politics," said Beay, referring to the corruption charges, "people learn how to give and they learn how to take."

"I don’t applaud when someone is hurt," said At-Large Councilman Luis Quintana, who served as James’ deputy mayor, his voice saddened. " I send my prayers to him and his family. I remember some good things he did for me. He helped me. I focus on the good times."

Sitting in that Newark courtroom as Riley quietly sobbed, James was dignified Thursday, conferring with his lawyer Raymond Brown and then turning around to lean in and hear the words of a man seated behind him, the old expressive face suddenly elastically stretching into a delighted grimace of surprise, as if to say, "You don’t say!" like the playful mayor of old who used to wander into those diners and eateries and mingle with the people.

But today it was a judge staring back at him when he faced forward, and she didn’t want to talk about baseball or dance the merengue. 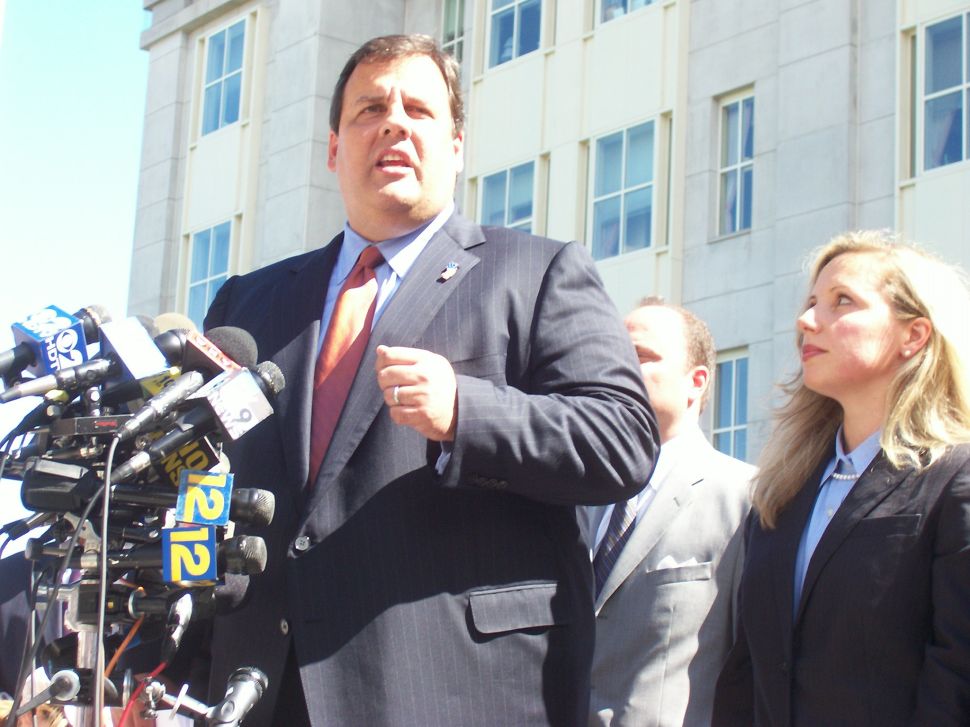