Sixty-one percent of respondents said that Lautenberg's age will hurt his ability to represent New Jersey during another term, which he would start at the age 84 and finish at 90. Thirty-one percent of those surveyed said that the senator’s age would not be an impediment.

A Quinnipiac University poll from last month also showed that voters were concerned about Lautenberg’s age. In that poll, respondents said Lautenberg was too old by a margin of 54-40.

The Rutgers-Eagleton poll also said that only 24 percent of registered voters think that Lautenberg deserves another term, while 61 percent said it’s “time for a change.”

Tim Vercellotti, who directed the poll, noted that just before Lautenberg’s 1994 reelection against then-Assembly speaker Chuck Haytaian, a Rutgers-Eagleton poll found that 51 percent of voters said it was time for a change.

“The latest numbers are much more tilted towards change than we have seen in the past,” said Vercellotti.

Lautenberg’s favorability rating in the poll is positive, 38 to 25 percent. Thirty-seven percent approve of the way Lautenberg is handling his job as Senator, while 32 percent disapprove.

Bob Menendez’s numbers are lower, with 29 percent approving and 36 percent disapproving, although he doesn’t have another race coming up until 2012.

The Eagleton poll surveyed 891 registered voters earlier this month and has margin of error of plus or minus 3.3 percentage points. 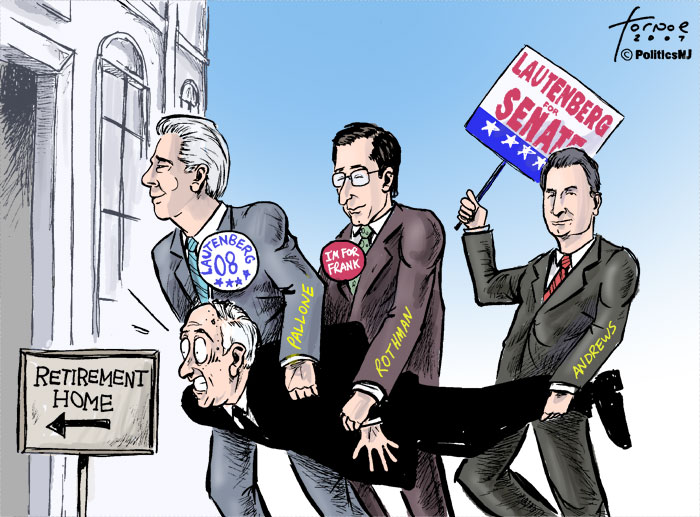