The Democratic Party chiefs in the 35th district united today behind a woman they say is a powerful community presence: a social worker, grandmother, public servant and churchgoer; someone with deep and important community ties in Paterson and the environs.

Hoping to represent a nearly 2-1 Democratic district, Passaic County Freeholder Director Elease Evans will have the added challenge of proving that the trust she built in her grassroots work and public service means something in a legislative district where a man with many of those same credentials on paper violated his office, according to the U.S. Attorney.

The Passaic County Democratic Organization this morning unanimously decided on Evans to replace former Assemblyman (and Passaic County Undersheriff) the Rev. Pastor Alfred Steele on the 35th district legislative ticket, and immediately made a statement regarding the new candidate’s intentions. Acknowledging that dual public office-holding isn’t a practice the public will tolerate, Evans said if elected to the Assembly on Nov. 6th she would hold dual office only for a period of months, and would not seek re-election to the freeholder board when her term expires at the end of 2008.

"I’m very proud the county committee and party leadership selected me," said Evans before giving a nod to the bribery allegations that felled Steele and ten other public officials around the state. "I am saddened at the route that brought me here."

Reeling from the charges that forced Steele’s subsequent resignation from the Assembly last week, Party Chairman John Currie and Senator John Girgenti looked relieved to have Evans on the team as they faced the press in party headquarters in West Paterson. They’ve known one another for years.

But Steele was a specter hanging over the event, and some of the smiles looked a little forced. "It’s a terrible situation," said Girgenti.

"All of us are devastated by what happened," said Evans. "When things like this happen, you embarrass everybody. And what we need to do now is do the best we can for the people of this state."

Currie defended the man Steele, so did Evans. In Trenton, the pastor was a quiet presence. Up here in Paterson he’s an important player in the world of grassroots politics, according to party members. "The Rev. Steele is a good man who has been accused of a bad thing," said Currie. "You’re innocent until proven guilty. He’s not in great spirits but he’s in good spirits."

He added, "Corruption in any form is unacceptable," and couldn’t resist a shot at the opposition party. "We’ve been through that with the Republicans."

But he hailed the top of the remaining ticket in particular (which also includes Assemblywoman Nellie Pou) as a longtime asset, and assured the press the corruption charges against Steele end with Steele.

"Senator Girgenti has served this district with the highest ethical standards, and this situation (involving the bribery allegation against Steele) was very disappointing to all of us," said Currie.

Selected as freeholder director at the beginning of this year, Evans doesn’t come from a rarified region of public service.

"She’s always been connected to the community, going back to the days when she was a caseworker at the Passaic County Board of Social Services, instructing people in how to get employed and how to take an interview," said Freeholder Bruce James.

Even her Republican foe said he had nothing but kind words for her, calling her a "great human being." "I think she's a great choice for the Democrats, and I look forward to serving with her in the legislature," said GOP long shot Chauncey Brown, who evidently believes he has a better chance of knocking off Pou.

In a half-hour press conference in the back room of party HQ, which was once the site of Zambrano’s Bakery, Currie repeatedly emphasized Evans’ community credentials.

"We have selected Freeholder Evans out of four people," said the party chairman of a list that included Haledon Mayor Domenick Stampone, the Rev. David Thornton of the Presbyterian Church, and Paterson Council President Ken Morris. "After a discussion this morning with the party committee, we choose Freeholder Evans because of her experience. She is the best known in terms of name recognition, breadth of experience and dedication. She will make an excellent assemblywoman."

Girgenti backed up his running mate by also emphasizing her community engagement. "Constituent service is a big part of the job," he said.

A native of the South, Evans moved to Paterson as a child and said she has been involved in community issues for 50 years. She retired as a caseworker in 2002 and began her service as a freeholder that same year. She served on the Paterson School Board for two terms in the 1980s, served as president of the Paterson NAACP and remains active in the Calvary Baptist Church. She also serves as a member of the state’s Clean Air Council. If elected in the November general, she anticipates working on issues related to better and expanded healthcare and environmental protection.

Currie said the party, "Thank God," didn’t lose much money over campaign signs featuring the names Girgenti-Pou-Steele, because they hadn’t made but a few of them. With the paperwork regarding her candidacy to be filed in Trenton on Monday, Evans the community powerhouse and unanimous pick of the municipal party chairs and the executive committee on a ticket with Girgenti and Pou has a shot at redeeming the people's office. 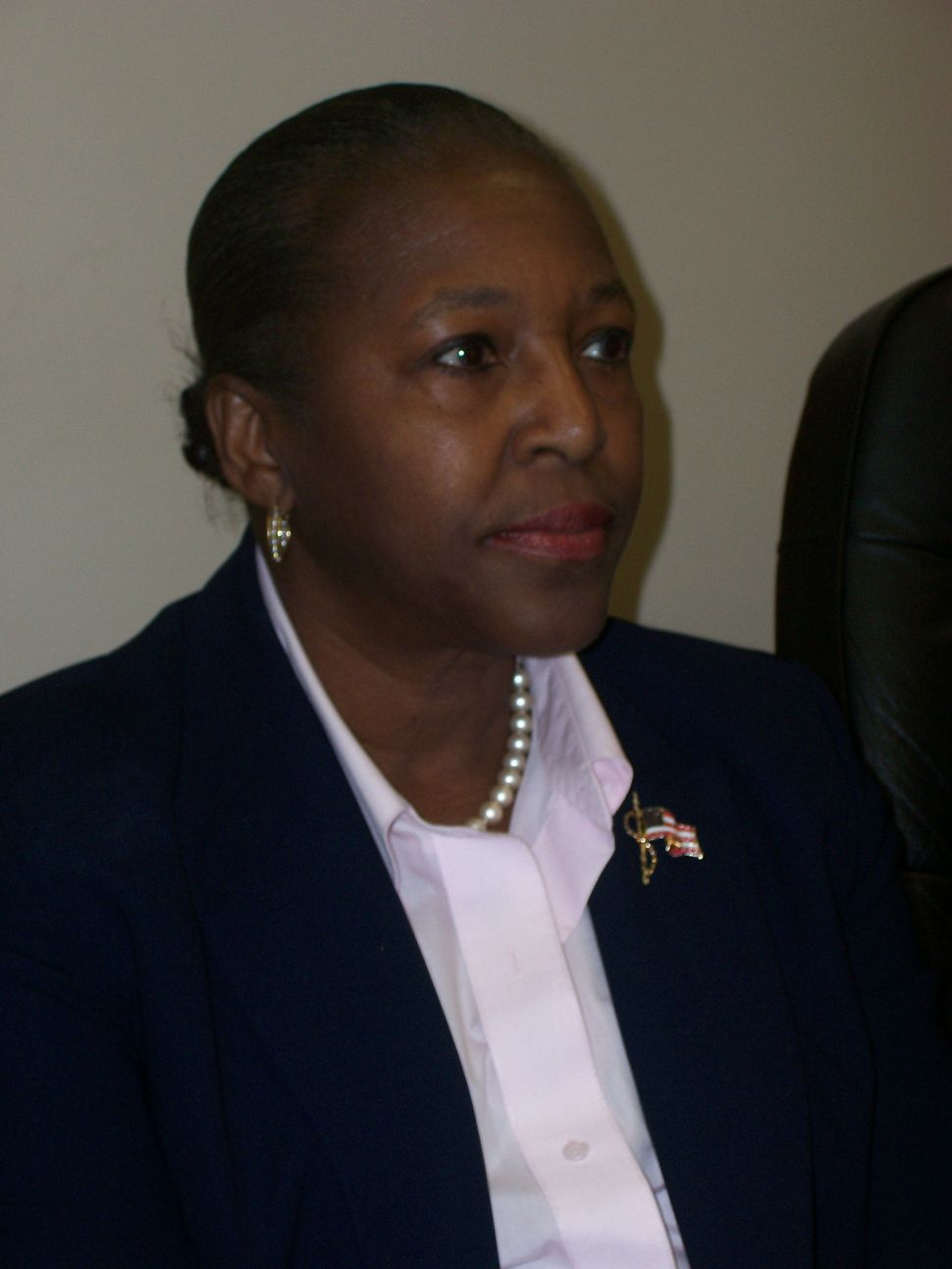