Over the past several months, Democrats have tried to go pound for pound on the outrage meter with the GOP over Gov. Jon Corzine’s asset monetization study for the state’s toll roads.

Not to be outdone as an opposition target, President George W. Bush on Wednesday scratched his pen through a measure that would have re-authorized the State Children’s Health Insurance Program (SCHIP).

"There are two different potential problems," Suzanne Esterman, spokeswoman for the state Department of Human services, said of the presidential action. "The first is the veto itself puts 124,000 kids and 83,000 adults at risk of losing their healthcare."

Second, if SCHIP is not re-authorized, 10,000 of those children whose families are in the upper income bracket who qualify for the program (up to $72,275 for a family of four in New Jersey) will lose their health insurance.

Only too gleeful to get Bush back in the picture, Democrats from Corzine to Sen. Bob Menendez to Sen. Frank Lautenberg to party rank-and-filers delivered separate, scandalized tongue lashings.

"President Bush is giving new meaning to the term medical malpractice with his callous veto of bipartisan legislation to improve the State Children’s Health Insurance Program," said Assemblyman Herb Conaway, chair of the Assembly Health and Senior Services Committee, and one of two physicians in the state Legislature. "It is morally reprehensible that President Bush would unilaterally prevent our children from getting the quality health care they need and deserve."

The issue was front and center on the homepage of the state Democratic Committee, as the state GOP mostly went into "Bush is here again, go underground" mode, despite conservatives’ entreaties to the party faithful to stand on economic principle.

"There’s no Republican who would lose votes by speaking out against this (re-authorization)," said GOP consultant Rick Shaftan of a plan that Bush in his press conference yesterday called a slippery slope toward universal healthcare. Shaftan’s longtime argument is that when Republicans ride Democrats on the issue of taxing and spending, Republicans win.

But on this occasion the Democrats had before them the President’s fiscal record in Iraq, and underscored the priority divide with exhibit A: a war that Bush ally Sen. John McCain, R-AZ, complains has been badly mismanaged by the administration.

"It is simply outrageous that President Bush will not fund children’s health care in our own country while we spend $3 billion a week in Iraq," Lautenberg said in a statement. "It is a failure of moral leadership when a President is not willing to take care of our nation’s children."

No where was the political minefield more evident this week than in the 12th district, which traditionally has been Republican but where the demographics have shifted in recent years.

In a fight with GOP Assemblywoman Jennifer Beck, who has tried to brand her as a card-carrying member of the big-spender party complete with credentials as Trenton royalty, Sen. Ellen Karcher has repeatedly asked "Where is the outrage over SCHIP from the Republicans?"

That question culminated in a throw-down at Tuesday night’s District 12 state Senate debate when the senator and Beck considered Bush’s veto threat on the evening before Bush went ahead and exercised that power.

Both candidates said they disagreed with Bush.
It wasn’t the first time these opponents have been in the echo chamber on a key issue in this high stakes contest, forced to publicly break from the yoke of party leadership: Corzine, in Karcher’s case, and Bush in Beck’s.

Post budget season, Karcher, daughter of the late Assembly Speaker Alan Karcher, joined her party's anti-monetization pile-on – a disingenuous move at best, in Beck’s view, because the senator signed off on the budget, which includes open-ended funding for the study, specifically requested by the Democratic governor.

Asked about monetization Tuesday, Beck practically jumped out of her chair.

"I am opposed to the concept," she said, citing states such as Indiana, Texas and Virginia, which sold state assets only to incur "insurmountable debt," according to Beck. The Assemblywoman said she has asked the governor to present his plan but heard nothing coherent in response, and in principle opposes providing the chief executive with unlimited "study money."

Karcher simply said she was opposed to the sale of state assets to private or foreign companies.

Later it was on to the health insurance for children question and Beck was up first.

"I’m very opposed to his threat to do that," the Assemblywoman said of the President. "I’m willing to be an advocate of the CHIP program. …If the President’s veto goes through, 10,000 young people will be pushed off the rolls."

Then came Karcher, who took her time here, and who didn’t limit her critique to Bush as she proceeded to talk about Beck’s job as vice-president of QualCare, a private healthcare administrator, which, in Karcher’s words, "prides itself on denying patients’ claims." The senator drew a distinction between serving the interests of QualCare, and broadening public health insurance funding for working families.

Beck said it’s not about her livelihood with QualCare, but Karcher’s record versus Beck’s record.

Karcher insisted that livelihood in this case is part of the record, and amplified the argument by drawing attention to Beck's professional GOP lobbying efforts against paid family medical leave, and by noting that QualCare has contracts in the 12th District.

She also suggested that Beck’s failure to back the state budget was a vote against public education funding. If Beck wanted to isolate one piece of the budget – the monetization study – Karcher would isolate another to highlight what she says is a fundamental philosophical divide.

She said she couldn't in good conscience back the budget of a majority party that's presided over $8 billion in new revenues. The state, said the Republican challenger, is issuing election-year Homestead rebate gimmicks while there's a $2.5 billion structural budget deficit, and the governor's mysterious asset lease talk is all that's on the horizon as a Democratic Party stop-gap.

The divide Karcher consistently underscored on Tuesday night may yet plague her own party – and Karcher’s conscience – if and when Corzine tries to advance the lease or sale of public toll roads to private companies, but until then at least the senator will continue to hit Beck on what she identifies as private versus public interest.

And like every Democrat in the state who's currently cringing with the political implications of toll roads, she'll delight in the presence of thatwalking flashpoint George Bush. 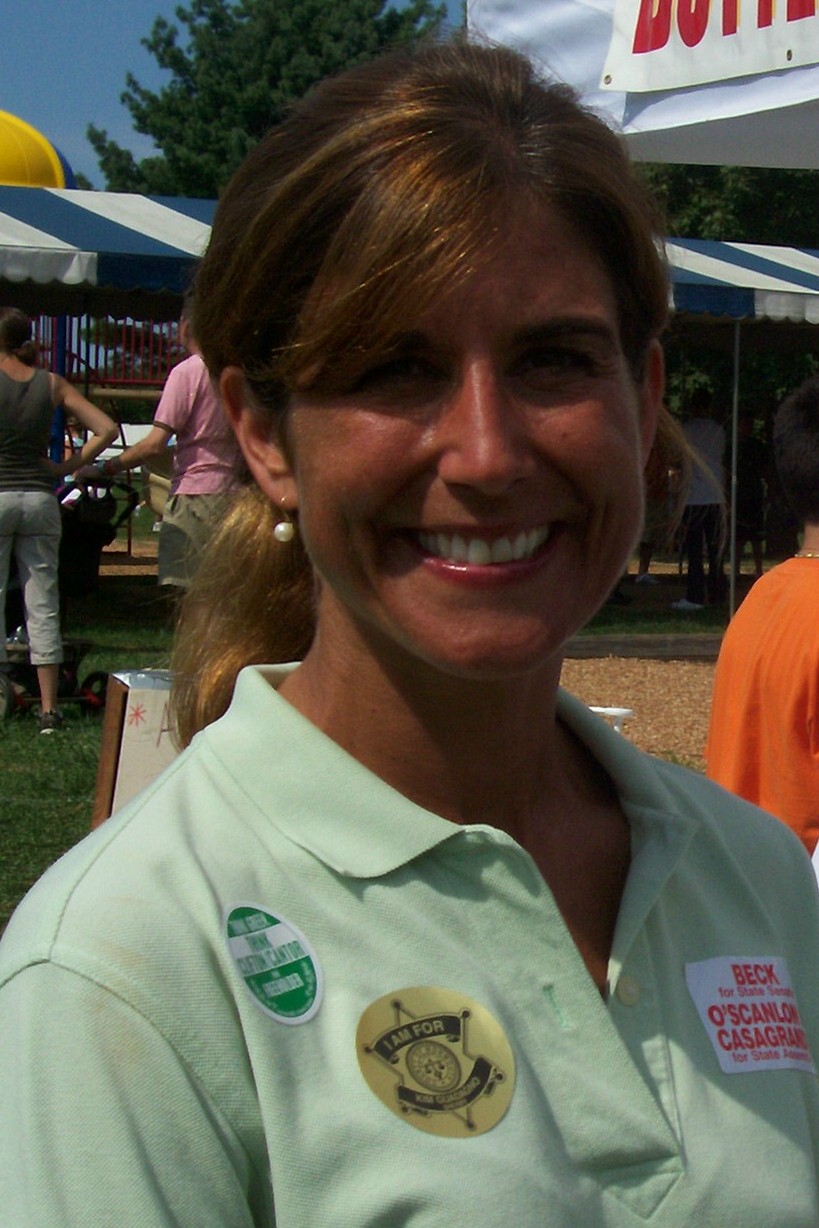