Retired baseball pitcher Al Leiter says he will not be a candidate to replace Jim Saxton in Congress next year.

The 42-year-old Ocean County native acknowledged his interest in seeking public office someday, and said that he appreciated the attention his potential candidacy had received since Saxton announced he would not run for re-election.

"I'm not saying I'm not interested, but I'm also aware of what it takes and what the whole gain of it would be, and I'm not prepared for that at this time," Leiter told PolitickerNJ.com in a telephone interview today.

Leiter said he wants to run for local office before he seeks a seat in Congress.

"I do believe when that times come in years ahead, in order to do it properly and justifiably so, it would have to be at a more local position and then go from there," said Leiter, a Republican who played for the Yankees and Mets during an eighteen-year major league baseball career.

Leiter says he might run locally in Florida, where he currently resides, but that if he ever seeks federal office, it would be in New Jersey. 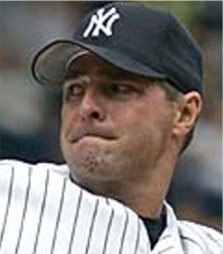