Newark Mayor Cory Booker jumped onto stages in the spring and fall to lend his political heft to the senate candidacy of M. Teresa Ruiz.

Ruiz won, and now with that contest over there rises another election on their mutual political horizon, and that’s the presidential contest on Feb. 5th.

This time the two public speaking machines won’t be allied.

Booker favors Sen. Barack Obama, and has huddled up around the candidacy of the man from Illinois along with Newark Council President Mildred Crump and Councilman Ron Rice, Jr. The mayor’s name will be on the ballot beneath Obama’s as a candidate to be a delegate to the Democratic National Convention.

Booker’s been bounding from one grassroots Obama event to the next.

“We really don’t need more political leadership,” said Booker. “That’s important. But what we really need is someone who speaks to our highest aspirations; a leader who reflects our strength and beauty as a people. When I met Obama three years ago here in Newark, New Jersey at a hotel downtown, I heard his words, but I really felt his spirit.”

Plus, he thinks Clinton’s a strong candidate.

“I like her,” DiVincenzo said of the New York senator. “She’s very bright, very intelligent. What better experience than to have been the wife of President Clinton, who left the country with a surplus? I think Clinton and Obama are both great candidates. But I’ve been up close to Hillary when she campaigned here for Kerry, and she really knows what she’s doing.”

Clinton doesn’t know the streets of Newark like her supporters here, and neither does Obama, of course. But that won’t matter. Their supporters have been schooled in wall to wall political campaigns in the city, and chief among them out there are Booker v. Ruiz come Election Day. 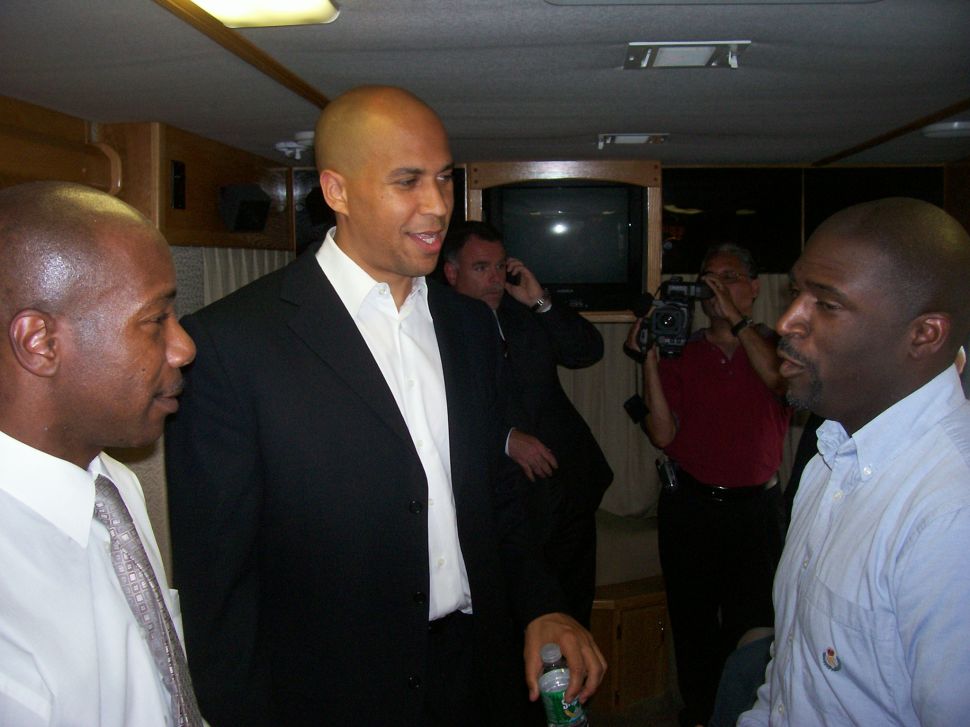