Judge Steven Perskie, who wrote the legislation that brought casino gambling to Atlantic City in the 1970’s and perhaps one of the smartest people to serve in the New Jersey Legislature, turns 63 today. He was elected to the State Assembly in 1971, at age 26 – part of a Democratic team that toppled the powerful Atlantic County Republican machine. In that race, Joseph McGahn, a physician and the first Democrat to serve as Mayor of Absecon, defeated the legendary Frank “Hap”Farley, the Atlantic GOP boss and a 41-year veteran of the Senate, by nearly 12,000 votes. Perkie and his running mate, 27-year-old attorney James Colasurdo, defeated Republican incumbent Samuel Curcio (the father of Atlantic County Freeholder James Curcio), and Howard Haneman, who was seeking an open seat created by the retirement of Albert Smith, a former Assembly Speaker.

Perskie was re-elected in 1973 and 1975, and moved up to the Senate in 1977 when Atlantic Democrats decided not to support McGahn for a third term; Perskie defeated McGahn, who ran as an Independent, and Republican Frederick Perone. He was re-elected in 1981 in a rematch with McGahn, who ran as a Republican. Perskie was serving as the Senate Majority Leader in 1982 when Governor Thomas Kean appointed him to serve as a Superior Court Judge. Republican Bill Gormley won a Special Election to replace him in the Senate.

After seven years on the bench, Perskie resigned in 1989 to help Jim Florio become Governor, and served as Florio’s Chief of Staff before becoming Chairman of the New Jersey Casino Control Commission in 1990. He left the CCC in 1994 to resume the practice of law, and returned to the Superior Court in 2001.

Perskie comes from a politically active family: his grandfather, Joseph Perskie, served as an Associate Justice of the New Jersey Supreme Court from 1933 to 1947; his grandmother, Beatrice Perskie, was the President of the Atlantic City Board of Education; his father, David Perskie, was a Superior Court Judge from 1966 to 1969; and his uncle, Marvin Perskie, was a Democratic Assemblyman from Cape May County from 1966 to 1968. A cousin, Leon Perskie, was the photographer for Franklin D. Roosevelt’s 1932 and 1936 presidential campaigns. 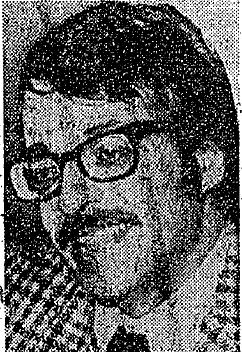