Three young women in the audience at Sen. Hillary Clinton’s North Bergen rally on Wednesday said the last decade has left them feeling disillusioned about trending American values, and cynical about politicians.

After Bush, they know they want a Democratic administration. However, they’re not sure Clinton has the answers, and neither are they eager to embrace the change candidacy of Sen. Barack Obama.

"He’s bringing a fresh new approach and he’s not as corrupted as the people that have been there longer," Vanessa Quiroga of North Bergen said of Obama. "But I feel he’s worse off in the sense that he doesn’t have that experience, and I feel with Hillary it’s almost vice versa."

Clinton has relevant experience, in Quiroga’s view, but she said she’s also seen Clinton make promises and then fail to deliver. "I feel she says whatever people want to hear," said the education major at William Paterson University. "She doesn’t stick to what she says."

Monique Lazo of Union City, a psychology and philosophy student at Rutgers University, said the country never broke out of an illusion that the post WWII boom time would last indefinitely. People have allowed complacency to set in, and replaced citizenship with consumption, which in turn has enabled politicians to embroil the United States in two costly and unnecessary wars in Lazo’s view: Vietnam and Iraq.

"I think our generation has lost a sense of pride in country," she said. "I try to talk to my friends about the country and our responsibility, but their pride is for their particular ethnic identity. They’ll tell me, ‘I’m Cuban, I don’t care about America.’ But these are young people who have grown up here, and who were born here. I don’t think we should allow people to hang flags other than the American flag – as a reminder of who we are – together."

"I know, said Lazo. "But there needs to be some basis for pride and respect. I just think there’s right now a general sense of acceptance of mediocrity in the country – the sense that people are out to possess things and whether one does ‘C’ work or ‘A’ work is really irrelevant as long as people get what they want."

Megan Gale, a criminal justice major at St. Peter’s College, said she’s sympathetic to Republican perspectives – just like Lazo. But she agreed with her friends that President George W. Bush severely diminished the credibility of his party, and she is also searching for a way to respect.

Quiroga said she remembers her Cuban immigrant mother crying when she first voted in America. But even now with a war going on in the Middle East, she said she does not feel the sense of urgency from her contemporaries to forge real changes, and consequently doesn’t observe bold leaders, she said.

"I think if there were a draft, people would fight back and you’d see the same kind of opposition that rose up against Vietnam, but without a draft there has just been a continuing complacency and cynicism," she said. 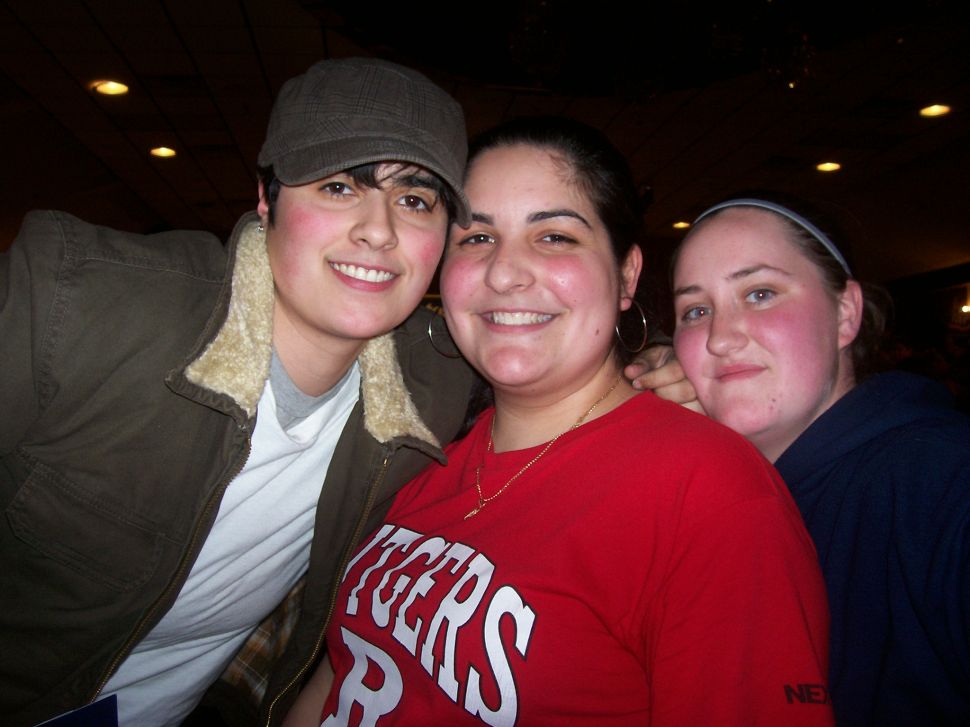