and to date Scotch Plains Mayor Martin Marks has most vocally filled the pro-life terrain in the 7th district primary field, where he hopes to upend pro-choice Dr. Kelly Hatfield of Summit this Saturday at the Union County Republican Convention.

But Warren Township Mayor Victor Sordillo in neighboring Somerset County appears intent on moving even farther to Marks’ starboard on the issue of abortion, and doing so with the specific strategic goal of gaining ground in his home territory.

Since learning of Assemblyman Peter Biondi’s intentions last month not to pursue a run for Congress in this district that contains portions of four counties (Hunterdon, Somerset, Union and Middlesex), Sordillo entered the fray and has determinedly carved out a hard right entrenchment.

Last night at the Hunterdon County Republican Convention, Marks said he would protect the "sanctity of life."

Then there was Sordillo, who lingered longer on the issue.

"I’m a strong pro-life person," Sordillo told the members of the county committee. "These people who say ‘What about the life of the mother?’

"What mother would not want to give her life for her baby?" the candidate queried.

State Sen. Leonard Lance romped in his home county last night, but it was Marks and Sordillo who came in second and third, albeit very distantly.

"Not bad if you bet the trifecta," said Marks, jokingly trying to spin his seven-vote limp into second place as a victory.

"I’m very happy with the results tonight," an equally upbeat Sordillo said after the convention awarded him four votes. "I didn’t do any campaigning there and I still came in third."

The Warren mayor said he would be mostly focused in the coming days on trying to generate more support in his home county, where he wants to try to nullify his pro-choice competitors by chewing into businesswoman Kate Whitman’s support, while trying to prevent Lance from making an incursion into Somerset. 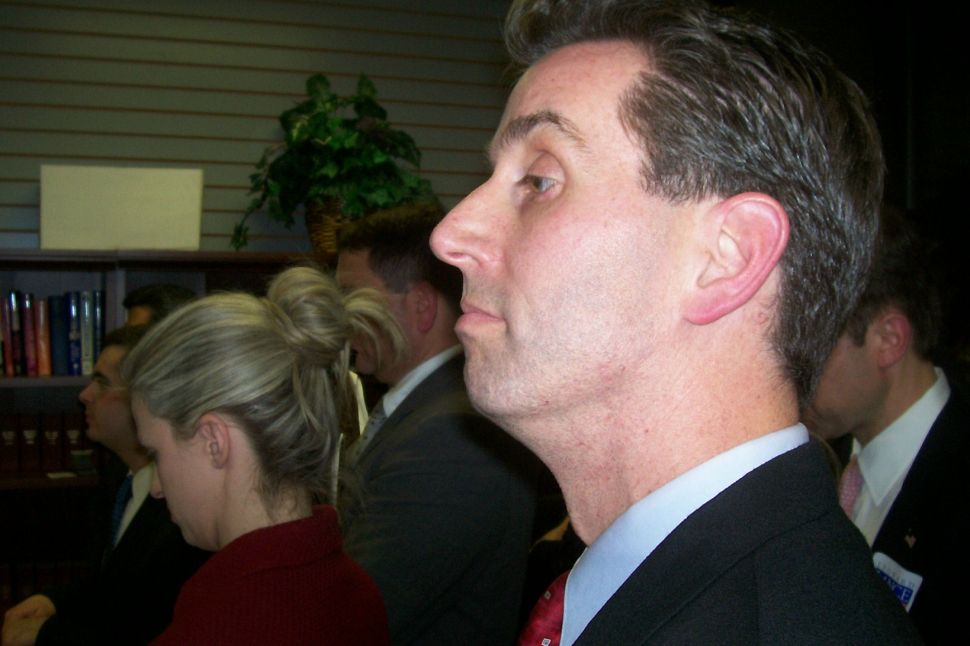