There has been some infighting within Barack Obama’s New Jersey campaign since the February 5 Democratic primary – and the turf battle has resulted in a major political victory for Congressman Steven Rothman. Last week, Obama sent a letter to the Democratic State Committee changing the official representative of his state campaign from Mark Alexander to Rothman and his Chief of Staff, Bob Decheine.

Rothman, a six-term Congressman from Bergen County, is the only member of the New Jersey delegation to endorse Obama. Alexander, a Seton Hall University law professor, ran Obama’s New Jersey campaign after serving as his national policy director. 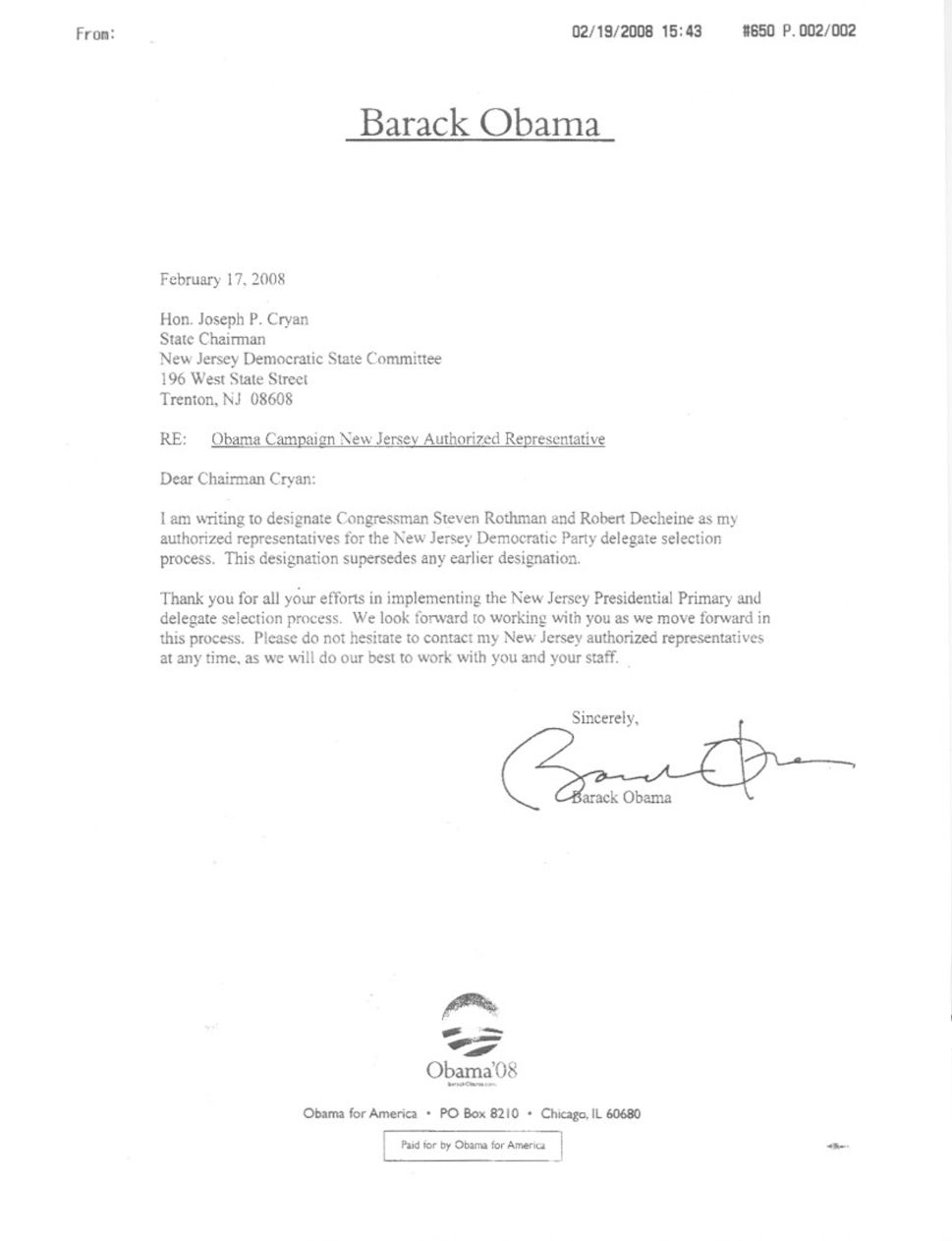