VINELAND – On the side of a highway in south Jersey, sitting at one of the back tables in the Ramada Inn while Chris Christie spoke in general terms about public corruption, Police Lieutenant Robert Romano smiled grimly with a sense of recognition.

"It’s ironic that Chris Christie’s here, because ethics have been nonexistent in this administration," said Romano, who’s running against two-term Vineland Mayor Perry D. Barse. "The citizens aren’t involved in the process of making decisions. There’s no open door policy. It’s not conducive for people to go see the mayor."

A 35-year veteran of the Vineland Police Department who charged up the street crimes unit for eight years, Romano said Barse has improperly tampered with the qualifications for the departmental directors’ positions, and the result has proved an embarrassment for the Cumberland County city of 56,000 with a budget of $52 million.

"When I’m mayor, I’m going to make sure qualified people are directors of the departments," said Romano. "We’re going to review all the directors’ positions."

Barse is a certified public accountant in town. Romano said consequently the mayor doesn’t have enough time to direct his full attention to Vineland.

Coming across the lawn in front of his tan stucco office front on Elmer Street near Vineland’s downtown business district, Barse later the same afternoon said he wants to know if Romano has time to debate him.

"Unfortunately my opponent seems to be timid about debating," said Barse. "It seems he wants to run a campaign of innuendo, hiding behind blog spots."

They’re both Vineland natives, Italian-Americans who went to Sacred Heart High School. Barse said he loved Romano’s late father, who was also a mayor here once. But as for his opponent, the son, he merely scowls and waves his hand.

"This is a guy who’s in a race for mayor who won’t face me," said Barse. "The newspapers asked him close to a month ago now – independent publications. He refused to have an interview taped. We’re still waiting to hear from him, but all he does is throw darts."

The fiercest point to date involved news earlier this year that Councilwoman Sheena Santiago, a onetime Barse ally, now estranged, had alerted the U.S. Attorney’s Office and the state Attorney General about a piece of property the city had subdivided. The subdivision made the land more lucrative to a certain buyer, who also happened to be a city employee. The AG’s office is now investigating.

"I’m not going to comment," said the mayor, who told reporters at the outset that he welcomed the investigation. Sources close to Barse claim he had nothing to do with what essentially amounts to a departmental mistake, and that now the mayor refuses to drop the axe on the city’s tax assessor – out of a sense of fairness more than anything.

Romano doesn’t exactly buy it, although he acknowledged he’s going to give the state Attorney General’s office time to work.

"Let’s see what the course of justice yields," said the cop, who as super of the police department’s four-man street crimes unit oversaw just shy of 1,000 arrests over the course of one year. "We cracked down on a lot of prostitution, and it wasn’t going after the women. We went after the johns."

Barse slapped aside what he sees as unsubstantiated claims about

his administration, and instead highlighted over $100 million investments in downtown development projects, including a multi-million redevelopment project on Landis Avenue, of which the old Art Deco Landis Movie House is the anchor architectural fixture. There’s a Wal-Mart coming to town, and Vineland has increased its tax rate just four cents each year during his tenure, Barse said. Romano’s success can be attributed in part to the administration’s proactive budgeting for the police department, which activated 23 additional police officers on the force during the Barse years, the mayor argues.

"What I offer is a business background," he said. "I’m able to make decisions be looking at things with a business perspective."

To this day Barse said his proudest accomplishment in Vineland remains the creation of the Vineland Basketball Association in 1986.

"We started out with 40 kids and four teams, now there are 1,000 kids in that association, and I founded it," Barse said.

A third candidate in the mayor's race, Nicholas Girone, a school business administrator and former school board member, was not available for an interview on Thursday.

As he walked amid the crowd out of the Ramada Inn on Thursday, Romano shook hands with Cathy Pantilione of the Greater Vineland Chamber of Commerce, who was trying to secure his agreement to a debate with Barse. Romano said he wants to make certain about the parameters of the face-off. He doesn’t want Barse’s supporters packing the room and chest-thumping. He wants rules laid out and rules followed. He doesn’t want secret cameras recording facial expressions that can be manipulated in television advertisements. The mayor’s the power player now and can find a way to work his considerable will into a public forum that could upend Romano if he’s not very careful.

Romano told Pantilione he’d debate with the right conditions, and the date will be in April sometime if they nail it down, and Barse hearing that news for the first time later smiled and said he’d be waiting. 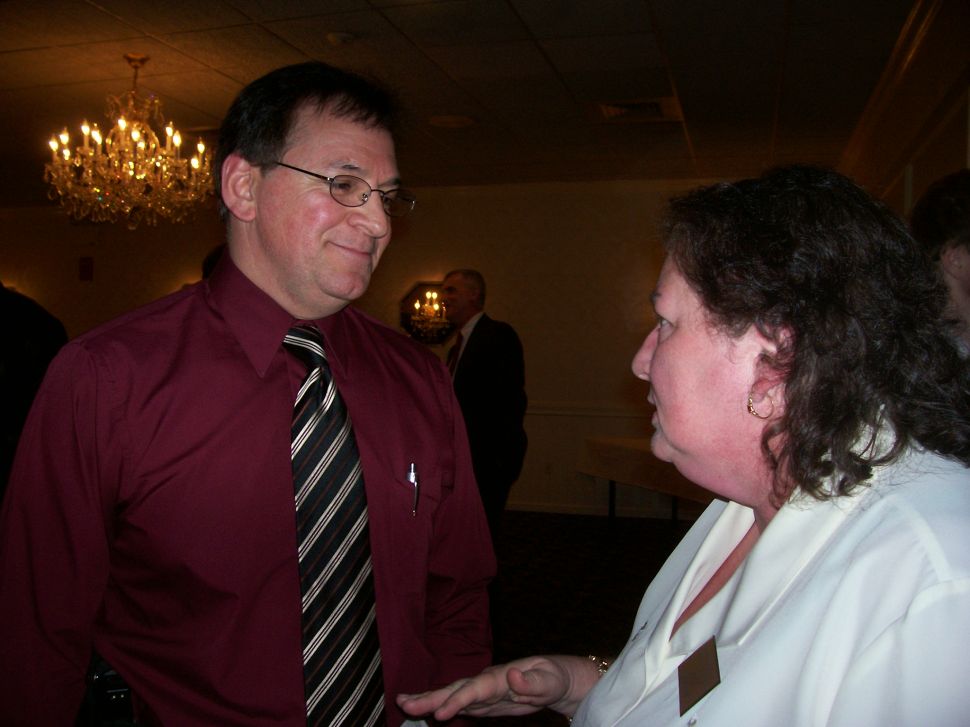