PATERSON – The City Council will regretfully say goodbye this year to their resident Irish numbers cruncher, who also happens to be their resident historian and prophet when it comes to all things Paterson.

Councilman Thomas C. Rooney, Jr., 80, a native Patersonian and former mayor from the early 1970s, who originally figured he’d serve a term on the council or maybe two at the most, has represented the Sixth Ward for 28 years – since July 1, 1980.

"The more you find out, the worse it is," cracked Rooney, a certified financial planner who received his degree from what was then called the Newark College of Engineering.

He rattles off the figures and it’s not good news for Paterson: the city’s rateable base has dwindled every year for 17 years. Since 1972, the number of tax exempt properties has more than doubled as a consequence of the city giving tax exemptions and tax abatements to developers. In the early 1970s, Paterson had a school budget of $30 million. Now it’s $550 million, or $1.5 million per day, by Rooney’s reckoning.

"And the test scores are pathetic, with 17% of the children passing," said Rooney, who has a reputation for grounding all of his arguments with hard data.

"I have a lot respect for Tom," said Mayor Jose "Joey" Torres. "If anybody knows the numbers he knows them well. I’m a fiscal conservative, but Tom’s an ultra conservative. He’s been able to get his point across, and gained the respect of his colleagues, who vote with him out of respect and because of his guts."

"I’m going to miss him," said Council President Ken Morris, Jr., who prizes Rooney’s independence. "Rooney was our constant. He’s like the timing belt in the engine. Anything that ever comes up involving protecting the taxpayers, he would raise the red flag unabashedly. I’m going to miss that."

Rooney had a stumbling beginning in Paterson politics, winning just 368 out of 41,000 votes when he ran for mayor against Lawrence F. Kramer in 1966 as an independent. After bulking up in the neighborhood and serving as president of the Paterson Taxpayers Association, he ran for mayor as a Democrat in 1972, and won.

"I’m not a party person," said Rooney, a self-described conservative. "That’s what I like about this form of government. You can be independent. You can be yourself. I’ve been approached to run for freeholder and assembly, but my focus is on my own city."

If the one time silk manufacturing capital of America is to experience a comeback in some other form, Paterson must generate solid ratables, in Rooney’s view, and here the retiring councilman credits Torres for helping to bring in Loews and Home Depot and for reviving Centreville.

"This thing with the rateables, Joey’s turned the corner with that," said Rooney. "For years, those votes on abating taxes were 8-1, with only me voting no. But now, giving tax abatements is out."

But for Rooney, who's lived on the south side his whole life, the most lasting feature of a Paterson revival will require the city to come to terms with its own history and share that history with the world.

Transferring the precise dimensions from topographical maps in the city’s engineering division, Rooney several years ago personally built a diorama of Paterson’s Great Falls, Colt Gun mills and Indian village in an effort to sell the city as a major tourist attraction. The model includes a Niagara Falls-inspired vision for a tunnel bored into the rock at the base of the falls, where from below people would be able to observe the 78 ft. high wall of cascading water

"I picture people walking down into that chasm and coming out wide-eyed," said Rooney. "We pitched it to the National Park Service, but they don’t have enough money to care for the parks they already have."

The state ended up absorbing the project, and the design team charged with renovating the area in and around the falls now known as Great Falls State Park incorporated Rooney’s recommendations into their design.

"If we do this right – and I don’t know why it’s taking so long – but Paterson will become a desirable destination for people, not someplace to shy away from," said Rooney. "I want people coming to Paterson by the 1000s. Tourism is supposedly the second largest industry in New Jersey after pharmaceuticals. But not in Paterson, and that has to change.

"The thing is, to do this, we don’t have to invent or exaggerate anything," the councilman added. "We have a history here of ingenious people using the power of water to operate their machinery, of people with imagination and power."

As the project lags, Rooney sometimes wishes the city had been able to land Disney or Donald Trump to oversee the area’s transformation into a tourist destination, and not have to rely on the often snooze alarm approach of government.

"I buy the paper everyday, and some days I wish I didn’t buy it because it’s filled with bad things that happened in my city," said the councilman.

Though he watched Paterson change and the manufacturing era die, and people stop walking to and from work, Rooney said he never thought of leaving his native city. South Paterson was Irish, Syrian, Middle Eastern, and now it’s infused with more Palestinians and Saudis, and the churches have turned to mosques mostly, but Rooney hails the same "tremendous work ethic and traditional values" in his neighbors that he says have always distinguished Patersonians. Someone at a council meeting recently showed Rooney a breakdown of ethnic groups in the city, and the Irish didn’t even register.

"I think there are only six of us left," Rooney laughed. "Well, everything changes. It’s changed enormously, but I was born here and I still feel at home here. I was born four blocks from where I live now on Knickerbocker. I watched the exodus of a lot of people, and I moved four blocks deeper into Paterson." 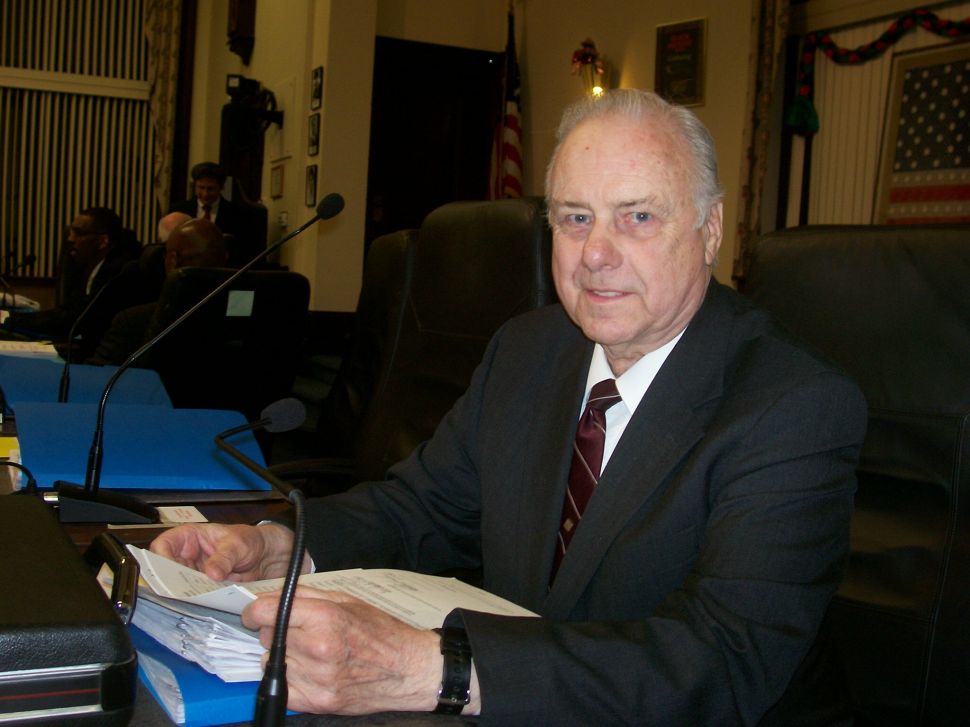