TRENTON -At their standing room only convention in the Masonic Temple on Saturday, Mercer County Democrats selected two full-term candidates for their county freeholder slate in November, and a third to fill the unexpired term of Freeholder Elizabeth Muio.

"The result today showed my strong connection to my communities," said Walter. "I am humbled by the support I got from the committee today, and am gratified that they support the work I've done with the county executive."

Walterprevailed with 60% of the vote inthe first round of committee balloting to lock up the nomination for her seat, while incumbent Freeholder Tony Mack of Trenton failed to win enough votes to continue to the second round.With Walter secure and Mack out,Democrats chose Cimino as their nominee for the seat currently occupied by Mack.

Koontz could have opted for a third runoff between himself and Cimino as the latter was technically two votes shy of the required number, but the Princetonian conceded.

Addressing the crowd of Democrats after his victory, Cimino said, "I truly am humbled and overwhelmed by each and every one of you in this room, and I want to thank Andy and Alysia and Freeholder Mack and Freeholder Walter for making sure we stuck to the issues these last four months."

He lingered on Mack, a four-term incumbent who had already left the room.

"Freeholder Mack deserves a lot of our gratitude here today for the service he's given this great county," said Cimino. "I wish him well."

In his speech to committee people prior to the first round vote, Mack said that based on his past challenges of Democrats he was now the victim of false rumors that he is not a party loyalist.

Mack thanked the committee for their unfailing tutelage. But it was not enough.

Hamilton Council PresidentBenson to fill the unexpired term of Freeholder Muio, who earlier this year accepted a position as the county's director of Economic Development and Sustainability.

In a runoff, Benson beat Michael K. Maloney, president of the AFL-CIO's Mercer County Labor Union Council. Benson and Maloney were the top two vote-getters in a first round contest that also included Koontz, who challenged for Mack's seat after failing to win Muio's.

"My father was my biggest cheerleader, and he always old me to hold your head high," said Benson of his father, who died of lung cancer in October, 2006. "All I could think of today was my father looking down on me with a smile."

Said Maloney, "I lost fair and square and I'm going to take my medicine like the man I am."

Ousted as a Hamilton councilman, Benson was also aloser in two bids for the Assembly. Two and a half years ago, he failed as the party's nominee, and last year, fellow Hamiltonian Democrat Wayne DeAngelo bested him for the nomination.But Benson, aformer municipal party chair in the district's big battleground town, a volunteer for futureMercer County Executive Brain Hughes' unsuccessful campaign for Congress in 1992, and a go-to guy for the party, made his contacts work for him.

"His victory shows the strength he had, quite frankly, in touching committee people," said Hughes. "Dan had a built-in advantage in having sat a lot of the committee people who are participating in this convention."

Benson will be sworn-in on Tuesday. If he wins in November,he will return to the party to ask for their support in running in a special Dec. 31, 2009 election for afull termon the freeholder board.

"He helped me as chair when I ran for Congress," said Hughes. "He has helped keep this group together and ready to go. Look at the number of people in this room. I'd like to see a standing ovation for Rich McClellan."

The committee people jumped to their feet. 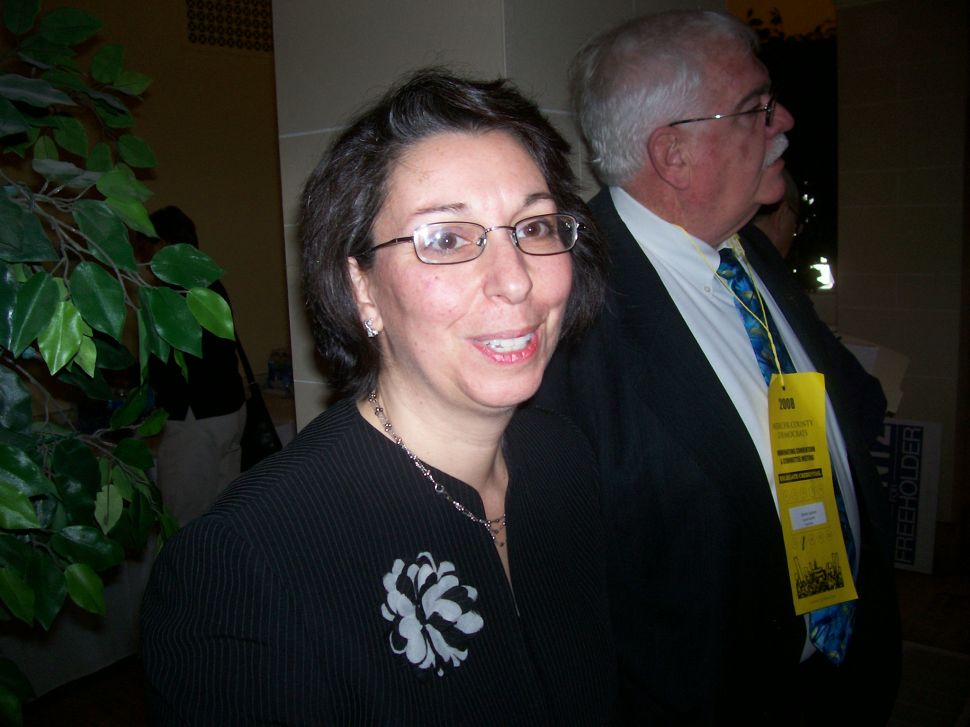