"They think you have to be advertising, but you have to be out there and that's what we've done," said Pennacchio, a Brooklyn-born dentist who moved to New Jersey to start his practice. "We knocked on doors, we called elected officials. We walked Clark, Summit and Cranford."

Pennacchio and Estabrook went head to head in a second round of machine voting after neither candidate earned the requisite 50% plus 1 in the first round, while eliminating economics Prof. Murray Sabrin.

When Estabrook addressed the crowd of county committee members in the auditorium of Westfield High School, she described campaigning in Union County as a kind of coming home. The Monmouth County resident has roots in the county and has operated her business out of Cranford and several other towns here.

Operating at a cash disadvantage in the race with millionaire Estabrook and viewed from the start as the underdog, Pennacchio chalked up the win as confirmation that people are hearing his blue collar, middle class message.

"We have to change the party and not simply anoint our candidates," said Pennacchio, who also won in Hunterdon County earlier in the week.

Mark Duffy, spokesman for Estabrook, said he would not describe the campaign's reaction to today's voting as one of surprise.

"Our longterm goal is the 100s and thousands of Republicans who will be voting in the primary," said Duffy, who pointed out that his candidate has the support of nine county chair people.

on Estabrook's U.S. Senate exploratory committee, said of Pennacchio, "If he continues to be successful, he could surprise a lot of people. He came here and went door to door in the county and I think some people were surprised to see a candidate do that in a U.S. Senate race."

Between the first and second round balloting, Morin mentioned that the early elimination of Sabrin from the race would likely benefit Pennacchio, who has run to the right of Estabrook but not ashard as Sabrin.

Inwhat is fast becominga genuine contest, the intra-party Senate candidate backbiting persisted throughout the day, as when Pat Cassio of Rahway, a Pennacchio partisan, slapped at the Estabrook campaign’s contention that among the contestants onlyshe has been a lifelong Republican.

But as he put Pennacchio’s name in contention for U.S. Senate here today, Cassio just as quickly said the real focus of anger ought to be on people like Toricelli-Menendez-Lautenberg-McGreevey, the names of prominent Democrats – fallen from grace or not – verbally bulldozed into what Cassio conveyed as one single scrap heap of public disgrace.

Hisintro contrasted only slightly with U.S. Rep. Mike Ferguson’s gently record-correcting buildup for Estabrook, "a dear and longtime family friend," who, in Ferguson’s words, "has given 100s of thousands of dollars to Republican candidates."

"Some have criticized her for not being slick enough," said Ferguson. "But her experience and success come from the private sector."

Today, that wasn't enough to trump Pennacchio, whose campaign staff quicklywelded their man'sperformance hereinto the larger framework of the last several days. 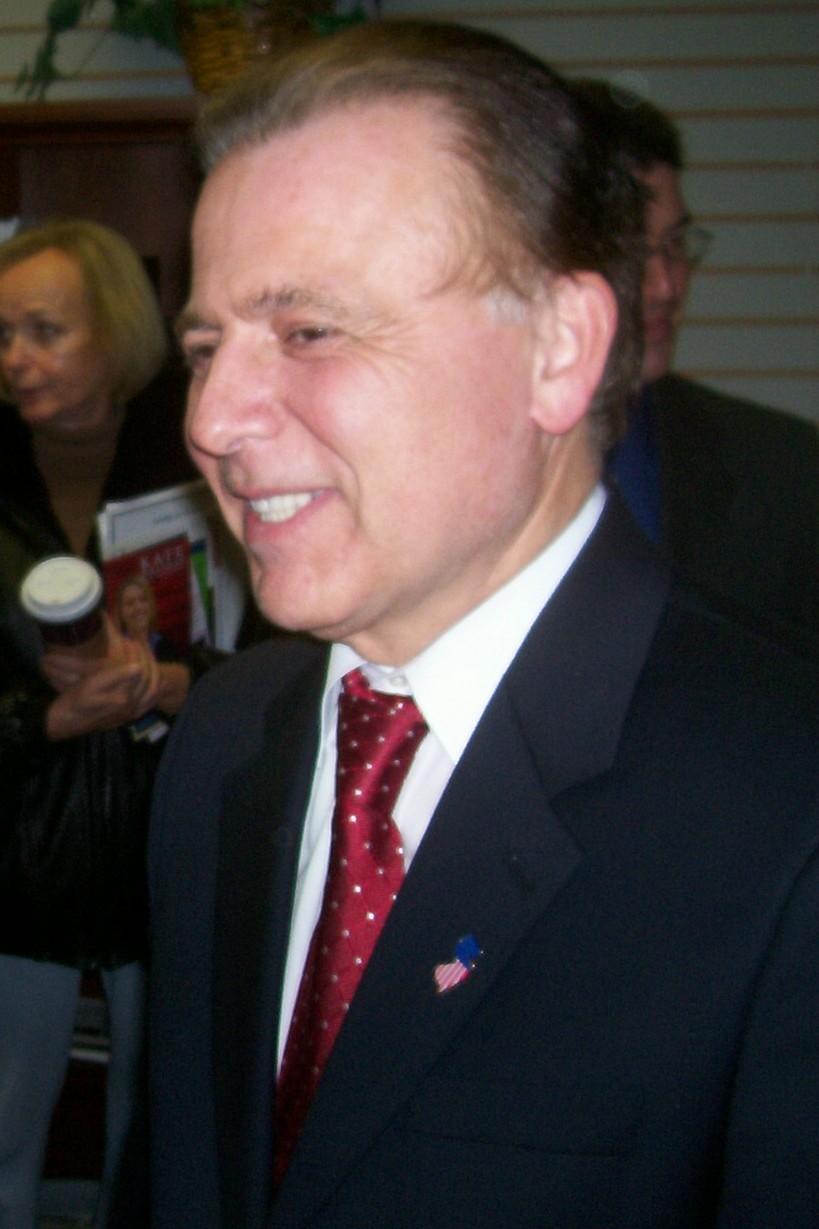