PATERSON – He's been in some tough Paterson scraps, but this year's could be the toughest for Fifth Ward Councilman Juan Torres.

The winner against Virtudes Sanchez in 2000 and 2004, Torres now faces a challenge from Julio Tavarez, a 31-year old Dominican immigrant who teaches technology at Public School 15 and is the founder of patersononline.net.

These two men have a history.

It was Tavarez who defended Sanchez in her second run for the council after Torres urged her to "speak proper English" when she complained about crime in the Fifth Ward.

He added, gesturing toward Sanchez in the audience as he leveled his gaze at Torres, "With my education I know I cannot stand up to this lady right here because she's a great woman, intelligent, and she has wisdom. And that is something you do not have."

Councilman Torres replied, "Go back where you came from, buddy."

councilman that prompted him to move onto Torres' political turf just two years ago.

Still, buying a home on Pearl Street sent a message that he does not anticipate going back to the Dominican Republic.

Now the 57-year-old Torres, who's lived in the Fifth since his family moved from Puerto Rico when he was a year old, derides his challenger as a short-timer in the community.

“We live in a democracy, but he’s very inexperienced,” Torres said. “He knows nothing about the ward."

"I have lived in Paterson for 18 years," Tavarez shot back. "I am more comfortable here than in the Dominican Republic. I was looking for a home in the city, and I found one in the Fifth Ward."

In this generational grudge match, Tavarez wants to draw a contrast with the councilman on the issue of leadership and personal style.

The challenger does not believe Torres has worked effectively with non-profits, service organizations and the other members of the City Council to help the Fifth Ward's mix of Latinos, African Americans, Eastern European, Jamaicans and Arabs. Tavarez said rents are up in the crime-ridden area, where hard working people are forced to live in basements and attics.

"My strategy is collaboration," said Tavarez. "I will work with the community, and make sure people know they are stakeholders in their own neighborhoods."

A technician for the Passaic Valley Sewerage Commission, Torres wants to make the contest about experience. He has it, he argues, and Tavarez has none.

"When I took over in 2000, there were so many boarded up buildings and condemned properties," Torres said. "Some had burned down because of the vagrants living in them. You don't see that anymore. You see brand new homes, people paying taxes to the city. I declared an area in fifth ward in need of development, and to me watching that come to fruition was a good achievement."

He also takes credit for a pocket park on 16th Avenue and for spearheading the multi-million dollar installation of surveillance cameras to protect his Fifth Ward constituents against crime and illegal dumping.

"Everybody who's an incumbent has experience," Tavarez retorted. "But Councilman Torres has demonstrated that what he has to offer is the wrong way to lead."

A loss by Torres to Tavarez could be a blow to a key Torres ally, the man
whom Torres says embodies the right leadership for the city: Mayor Jose "Joey" Torres." On key issues confronting the council, Torres is often the mayor's staunchest ally, putting him at odds with the rest of the council.

This week, for example, Councilman Torres received a standing ovation at the City Council meeting from members of the Paterson Fire Department who want the council members to approve their contract.

Mayor Torres already signed off on the agreement that gives the firefighters pay raises, retro pay and time-and-a-half for night duty. While Councilman Torres spoke about the nobility of the profession and the importance of giving the firefighters their contract, others on the council said falling in line behind the mayor on this could be tantamount to political suicide.

"Praising them is one thing, but giving them the store is another," Ward Two Councilman Aslon Goow said of the firefighters, many of whom live outside the City of Paterson.

"Joey pitted the fire department against the council in an election year,"
Goow added. "He gave them everything they wanted and now he's telling them, 'The council's not helping you.' They will tell everyone they can to go against us. This is just Joey trying to divide and conquer."

Although their names are the same, and Councilman Torres and Mayor Torres were born in the same Puerto Rican town of Camuy, the councilman says he doesn't know if he's a blood relative of the mayor's.

"If I had a nickel every time somebody asked me that, I'd be rich," said Torres. "But it's likely we're related. Third cousins maybe. We just haven't been able to pinpoint exactly how."

In any case, one Torres is a big fan of the other.

"He's doing a fantastic job," the councilman said of Paterson's mayor. "The
city is better off than it's been in decades. Under his administration the city has realized important development. I'm proud to support anybody who's doing such a good job."

Unsurprisingly, Torres often does not have success in his own political maneuvering on the Paterson City Council. Recently he wrote an ordinance requiring background checks for workers employed in taverns. Voted down 7-2, it would have impacted the mayor's family, which owns several liquor establishments in Paterson. Critics say Councilman Torres' ordinance would have enabled the mayor's brother to shut down competitors.

"The Paterson Police think it should be approved," Councilman Torres argued. "Everybody should be given a second chance, but putting someone in this occupation, it's like the devil's temptation. There is a greater risk of recidivism. It's a good ordinance that protects the health and welfare of the public."

Councilman At-large Jeffrey Jones wasn't convinced and challenged Torres to provide a list of establishments where he could demonstrate that licenses need to be withdrawn.

"The state and the feds haven't been able to figure this out, and I don't think we're going to be able to," said Jones. "The intent is fine, but the logic behind it is unclear."

On Friday, with eight weeks remaining before Election Day, Torres said, "As much as I have accomplished, the battle continues. Much more needs to be done."

And as Tavarez turned in his petitions to get certified, which the councilman had already done, Torres didn't address the origins of their rivalry outright, but recalled how he started in politics on the streets of Paterson in the 1960s, translating for fellow Latinos who couldn’t yet speak English. 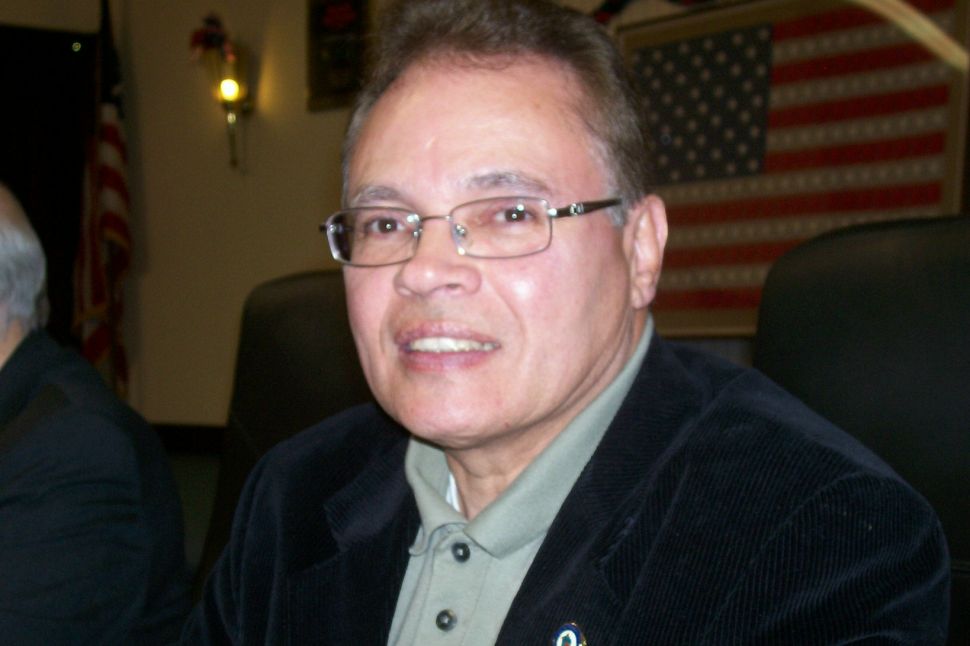