From the podium in party headquarters, Andrews picked faces out of the crowd and reminisced briefly about past battles even as he steeled his fellow South Jersey Democrats for a tough primary campaign against U.S. Sen. Frank Lautenberg.

While expressing respect for his opponent, the congressman delighted with his hometown troops in the subject of candidate's petitions he submitted last week.

As part of an all-day blue collar blitz, Andrews here in Camden personalized the message he had delivered earlier in the Statehouse Annex, delving into his roots as the son of an unskilled laborer with the New York Shipyard.Andrews said his fatherleft work after 41 years with no pension when the yard closed.

He hit his three campaign issues – getting troops out of Iraq, refusing to sign trade agreements that hurt American workers, and stepping up efforts to cover New Jersey’s 1 million uninsured residents.

"We’re going to tell the biggest companies that don’t provide health care that the days of your free ride, Mr. Wal-Mart, are over," Andrews pledged to applause.

He reiterated his pride in having local union endorsements, and the endorsement of the UAW (United Auto Workers).

At the annual CWA (Communications Workers of America) conference in Washington D.C. he recently spoke after remarks made by presidential candidates U.S. Sen. Hillary Clinton and Sen. Barack Obama.

Andrews said his late parents, who had dreamed of sending their only son to college, would have been proud but probably not surprised to see Andrews on a stage with what the senate candidate said was probably the next president.

Redd, the state senator from Camden and vice chairman of the State Democratic Party, introduced the ten-term congressman at party headquarters here in the Garden State Pavilions Plaza.

"Our congressman has stood strong on issues of ethics reform, job creation, protecting our children, expanding education and making sure that those who wish to attend college have affordable educations and that the door of opportunity is open for them," said Redd.

"And we have a lot to thank him for, even on his stands for national defense. He loves this country as much as he loves the state of New Jersey. And I know we’re so proud to know that we have a friend in Rob Andrews who doesn’t forget where he comes from, who’s very grounded."

Cruz-Perez acknowledged Andrews’s thanks for her work in her community on Andrews’s behalf.

"To me he has the experience, talent and he has a great heart," said the Camden assemblywoman. "His feet are on the ground, and he understands the needs of real people." 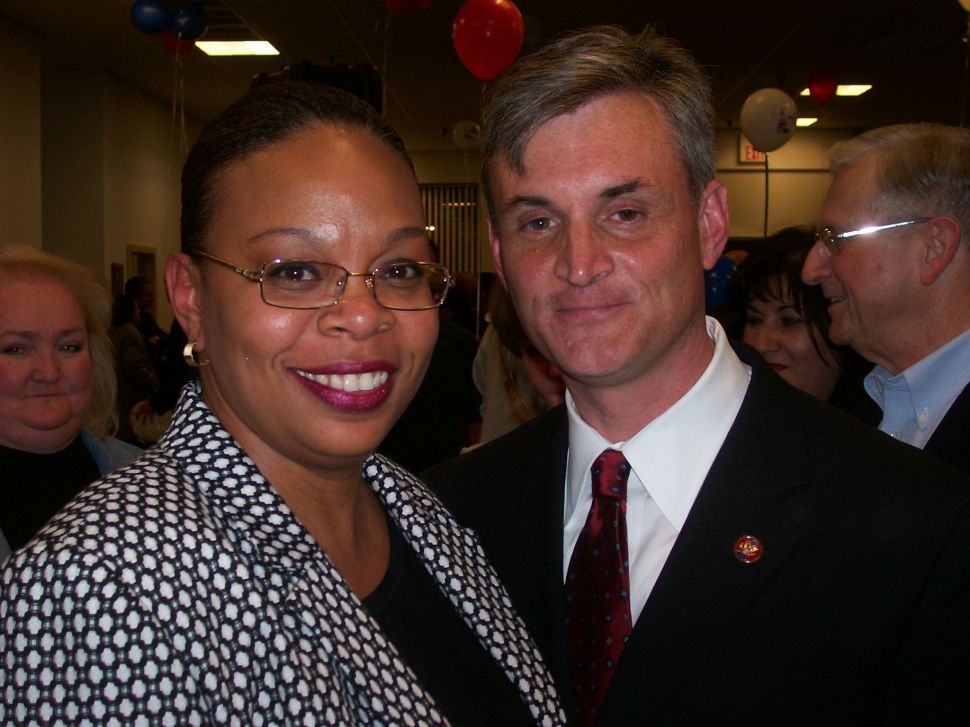